Charts are published every Tuesday in Oricon Style and on Oricon's official website. Every Monday, Oricon receives data from outlets, but data on merchandise sold through certain channels does not make it into the charts. For example, the debut single of NEWS, a pop group, was released only through 7-Eleven stores, which are not covered by Oricon, and its sales were not reflected in the Oricon charts. Oricon's rankings of record sales are therefore not completely accurate. Before data was collected electronically, the charts were compiled on the basis of faxes that were sent from record shops. [5]

The first number-one song on the Oricon Singles Chart was "Kitaguni no Futari (In a Lonesome City)" by Jackey Yoshikawa and his Blue Comets on November 2, 1967.

Best-selling physical singles of all time

Japanese rock duo B'z has released twenty-one studio albums, twelve compilation albums, eight extended plays (EP), fifty-seven singles and nineteen live albums. With more than 82 million sales in Japan, the duo is the best-selling artist in Japan and with 100 million sales one of the best-selling music artists of all time. 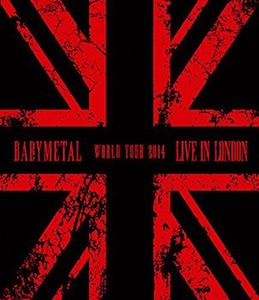 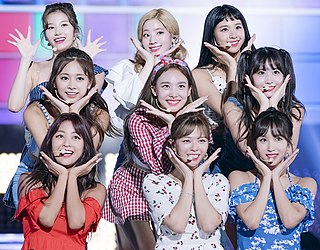 "Anata" is a song by Japanese-American singer-songwriter Utada Hikaru. It is her third single under the label Epic Records Japan, from her upcoming seven Japanese-language studio album Hatsukoi. The song was used as a tie-in for movie Destiny: The Tale of Kamakura, and was released as a digital download on December 8. The song is her first movie tie-in in 5 years, since "Sakura Nagashi" was released in 2012 for Evangelion: 3.0 You Can (Not) Redo. The song was written with a Buddhist's view to show both the real and fantasy mixed world shown in the movie. Besides the movie, the song is also featured in a Sony campaign to promote a wireless headphone line, in which she herself also appears.

"Kuchibiru Kara Biyaku" is a song recorded by Japanese singer Shizuka Kudo for her fifth studio album, Rosette. It was released by Pony Canyon as the album's lead single on January 10, 1990. Although it was not officially released on vinyl, a few copies were produced for promotional use. Kudo performed the song on the 41st Kōhaku Uta Gassen, marking her third appearance on the program. In 2015, DAM asked their users to select their favorite Shizuka Kudo songs to sing karaoke to and compiled a top ten list; "Kuchibiru Kara Biyaku" came in at number six.

"Metamorphose" is a song recorded by Japanese singer Shizuka Kudo. It is the theme song for the CX television series Nandara Mandara, which starred Kudo herself. It was released as a single through Pony Canyon on October 23, 1991. "Metamorphose" made its first album appearance on the compilation album, Intimate. Kudo performed the song on her fourth appearance on Kōhaku Uta Gassen. In 2015, DAM asked their users to select their favorite Shizuka Kudo songs to sing karaoke to and compiled a top ten list; "Metamorphose" was one of the top vote-getters, rounding up the list at number ten.

"Ice Rain" is a song recorded by Japanese singer Shizuka Kudo for her tenth studio album, Purple. It was released through Pony Canyon as the album's lead single on November 18, 1994, merely two months following the release of her ninth studio album, Expose. The single was released simultaneously with Kudo's third video album, Female III. An English version of the song was recorded for the compilation album, Best of Ballade: Current (1998). In 2015, DAM asked their users to select their favorite Shizuka Kudo songs to sing karaoke to and compiled a top ten list; "Ice Rain" came in at number three and was the only song penned by Kudo to make the top ten. 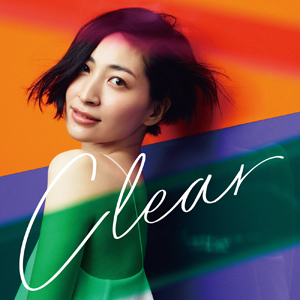 "Clear" is a song recorded by Japanese singer Maaya Sakamoto. It was released as a single on January 31, 2018, through FlyingDog. It was written by Sakamoto and composed by Yoshiki Mizuno of the band Ikimono-gakari. "Clear" is the opening theme to the NHK anime Cardcaptor Sakura: Clear Card, the sequel to Cardcaptor Sakura, for which Sakamoto's "Platinum" served as opening theme for the third season close to twenty years prior. An acoustic take of "Platinum" performed on June 4, 2017 at the Itsukushima Shrine in Hiroshima is included as a coupling track on the single. 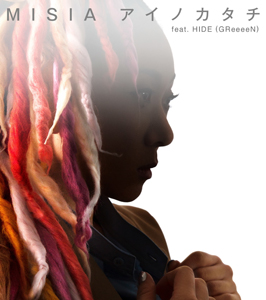 "Ai no Katachi" is a song recorded by Japanese singer Misia, featuring Hide from Greeeen on the chorus backing vocals. It was released digitally by Ariola Japan on July 31, 2018, while the physical single was released on August 22, 2018. The song was written and composed by Greeeen and produced and arranged by Seiji Kameda. It is the theme song of the TBS drama series Gibo to Musume no Blues.

Hinatazaka46 is a Japanese idol group produced by Yasushi Akimoto. Established as Hiragana Keyakizaka46 on November 30, 2015 as a subgroup of Keyakizaka46, the group has since been renamed and expanded three times to 22 members. The group's name is adopted from Hyūgazaka Street in Minato-ku, Tokyo, following the custom of naming groups after hills in the Sakamichi Series. The captain of the group is Kumi Sasaki and fans of the group are known as ohisama (おひさま). 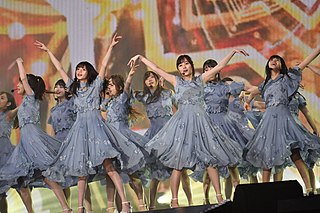 Nogizaka46 has released twenty-five singles and five albums, as well as numerous music videos and concert performance videos. Million-selling singles have included "Influencer" and "Synchronicity", each of which won a Japan Record Awards Grand Prix, as well as "Kaerimichi wa Tōmawari Shitaku Naru" and "Sing Out!". Album releases include the studio albums Tōmei na Iro, Sorezore no Isu, Umaretekara Hajimete Mita Yume, and Ima ga Omoide ni Naru made. The group also released a compilation of "under" songs, written for members who perform at concerts but are not part of the main selection group for promoting singles, with the title Boku dake no Kimi: Under Super Best.

The Japanese boy group JO1 has released one studio album and two singles with Lapone Entertainment. Formed through the reality competition show Produce 101 Japan, the group debuted on March 4, 2020, with EP single Protostar and received a Platinum certification. Their first studio album The Star was released on November 25, 2020.

Stargazer is an extended play (EP) marketed as the second single of Japanese boy group JO1, formed through the reality competition show Produce 101 Japan. It also served as the second single for their first studio album The Star (2020). Consisting of a total of six songs, the EP was released by Lapone Entertainment into three different physical editions and one digital edition on August 26, 2020, with "Oh-Eh-Oh" as the lead track. The EP features participation by members Sho Yonashiro and Ren Kawashiri in writing lyrics and choreography respectively for the first time, as well as production by Hui from the South Korean boy group Pentagon and others.

NiziU, commonly stylized as NIZIU, is a Japanese girl group formed by JYP Entertainment and Sony Music Entertainment Japan. The group is composed of nine members: Mako, Rio, Maya, Riku, Ayaka, Mayuka, Rima, Miihi and Nina. NiziU was formed through the reality-survival program Nizi Project (2020), and debuted on December 2, 2020, with the release of their debut single "Step and a Step". 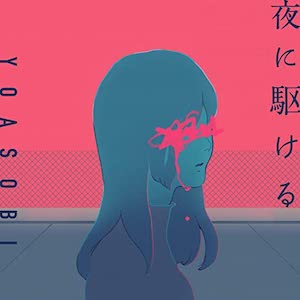 "Yoru ni Kakeru" is the first song released by Japanese music duo Yoasobi. It was released on December 15, 2019, and was based on Thanatos no Yūwaku, a short story written by Mayo Hoshino (星野舞夜) published on the story hosting site Monogatary.