Thyroid's secretory capacity (GT, also referred to as thyroid's incretory capacity, maximum thyroid hormone output, T4 output or, if calculated from serum levels of thyrotropin and thyroxine, as SPINA-GT) is the maximum stimulated amount of thyroxine that the thyroid can produce in a given time-unit (e.g. one second). [1] [2]

How to determine GT

Experimentally, GT can be determined by stimulating the thyroid with a high thyrotropin concentration (e.g. by means of rhTSH, i.e. recombinant human thyrotropin) and measuring its output in terms of T4 production, or by measuring the serum concentration of protein-bound iodine-131 after administration of radioiodine. [3]

In vivo, GT can also be estimated from equilibrium levels of TSH and T4 or free T4. In this case it is calculated with

The ratio of SPINA-GT and thyroid volume VT (as determined e.g. by ultrasonography)

is referred to as specific thyroid capacity (SPINA-GTs). [5]

The equations and their parameters are calibrated for adult humans with a body mass of 70 kg and a plasma volume of ca. 2.5 l. [1]

SPINA-GT is elevated in primary hyperthyroidism [6] and reduced in both primary hypothyroidism [7] [8] [9] and untreated autoimmune thyroiditis. [10] It has been observed to correlate (with positive direction) to resting energy expenditure [11] , resting heart rate [12] and thyroid volume, [1] [5] and (with negative direction) to thyroid autoantibody titres, which reflect organ destruction due to autoimmunity. [13] Elevated SPINA-GT in Graves's disease is reversible with antithyroid treatment. [11] While SPINA-GT is significantly altered in primary thyroid disorders, it is insensitive to disorders of secondary nature (e.g. pure pituitary diseases). [2]

In silico experiments with Monte Carlo simulations demonstrated that both SPINA-GT and SPINA-GD can be estimated with sufficient reliability, even if laboratory assays have limited accuracy. [2] This was confirmed by longitudinal in vivo studies that showed that GT has lower intraindividual variation (i.e. higher reliability) than TSH, FT4 or FT3. [14]

In clinical trials SPINA-GT was significantly elevated in patients suffering from Graves' disease and toxic adenoma compared to normal subjects. [1] [6] It is also elevated in diffuse and nodular goiters, and reduced in untreated autoimmune thyroiditis. [1] [10] In patients with toxic adenoma it has higher specificity and positive likelihood ratio for diagnosis of thyrotoxicosis than serum concentrations of thyrotropin, free T4 or free T3. [1] GT's specificity is also high in thyroid disorders of secondary or tertiary origin. [2]

In women, therapy with Metformin results in increased SPINA-GT, in parallel to improved insulin sensitivity. [21] This observation was reproducible in men with hypogonadism, but not in men with normal testosterone concentrations, [22] so that the described effect seems to depend on an interaction of metformin with sex hormones. [22] [23] In hyperthyroid [6] men both SPINA-GT and SPINA-GD negatively correlate to erectile function, intercourse satisfaction, orgasmic function and sexual desire. Likewise, in women suffering from thyrotoxicosis elevated thyroid's secretory capacity predicts depression and sexual dysfunction. [24] Conversely, in androgen-deficient men with concomitant autoimmune thyroiditis, substitution therapy with testosterone leads to a decrease in thyroid autoantibody titres and an increase in SPINA-GT. [25]

In patients with autoimmune thyroiditis a gluten-free diet results in increased SPINA-GT (in parallel to sinking autoantibody titres). [26] Statin therapy has the same effect, but only if supply with vitamin D is sufficient. [27] Accordingly, substitution therapy with 25-hydroxyvitamin D leads to rising secretory capacity. [28] [29] [30] This effect is potentiated by substitution therapy with selenomethionine. [28] [29] The effects of vitamin D and selenomethionine are attenuated in hyperprolactinaemia, suggesting an inhibitory effect of prolactin [31] .

On the other hand, men treated with spironolactone are faced with decreasing SPINA-GT (in addition to rising thyroid antibody titres). [32] It has, therefore, been concluded that spironolactone may aggravate thyroid autoimmunity in men. [32]

A study in euthyroid subjects with structural heart disease found that SPINA-GT predicts the risk of malignant arrhythmia including ventricular fibrillation and ventricular tachycardia [33] . This applies to both incidence and event-free survival [33] .

Graves ophthalmopathy, also known as thyroid eye disease (TED), is an autoimmune inflammatory disorder of the orbit and periorbital tissues, characterized by upper eyelid retraction, lid lag, swelling, redness (erythema), conjunctivitis, and bulging eyes (exophthalmos). It occurs most commonly in individuals with Graves' disease, and less commonly in individuals with Hashimoto's thyroiditis, or in those who are euthyroid.

Hashimoto's encephalopathy, also known as steroid-responsive encephalopathy associated with autoimmune thyroiditis (SREAT), is a neurological condition characterized by encephalopathy, thyroid autoimmunity, and good clinical response to corticosteroids. It is associated with Hashimoto's thyroiditis. It was first described in 1966. It is sometimes referred to as a neuroendocrine disorder, although the condition's relationship to the endocrine system is widely disputed. It is recognized as a rare disease by the NIH Genetic and Rare Diseases Information Center.

Euthyroid sick syndrome (ESS) is a state of adaptation or dysregulation of thyrotropic feedback control wherein the levels of T3 and/or T4 are abnormal, but the thyroid gland does not appear to be dysfunctional. This condition may result from allostatic responses of hypothalamus-pituitary-thyroid feedback control, dyshomeostatic disorders, drug interferences, and impaired assay characteristics in critical illness.

Jostel's TSH index, also referred to as Jostel's thyrotropin index or Thyroid Function index (TFI) is a method for estimating the thyrotropic function of the anterior pituitary lobe in a quantitative way. The equation has been derived from the logarithmic standard model of thyroid homeostasis. In a paper from 2014 further study was suggested to show if it is useful, but the 2018 guideline by the European Thyroid Association for the diagnosis of uncertain cases of central hypothyroidism regarded it as beneficial. 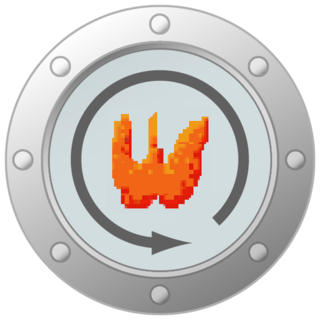 SimThyr is a free continuous dynamic simulation program for the pituitary-thyroid feedback control system. The open-source program is based on a nonlinear model of thyroid homeostasis. In addition to simulations in the time domain the software supports various methods of sensitivity analysis. It provides a GUI, which allows for visualising time series, modifying constant structure parameters of the feedback loop, storing parameter sets as XML files and exporting results of simulations in various formats that are suitable for statistical software. SimThyr is primarily intended for educational purposes and in-silico research.