Tiana Cynthia Mangakahia (born 21 April 1995) is an Australian basketball player who currently plays with the Northside Wizards in the NBL1 North. She played in the United States at Syracuse University. Her U.S. college career was interrupted by a breast cancer diagnosis in 2019.

The only daughter of Terei Mangakahia, a Māori who emigrated from New Zealand to Australia in his late teens, and his Queensland-born wife Cynthia, Mangakahia grew up with five brothers, four older and one younger. In a 2020 story, ESPN journalist Aishwarya Kumar described the young Mangakahia as "a daredevil", regularly climbing a tall pole in the family's backyard and competing in various sports and games alongside her brothers. Her older brothers all played basketball, and she was first enrolled in a basketball camp with them. Mangakahia quickly took to the sport, with Kumar noting that "Even at age 8, when she was the smallest girl on the team, she'd run and pass the ball like a ninja, nimble and fast." At age 9, she was asked to play on her club's 12-and-under team, but her mother vetoed the move. In the Kumar piece, Mangakahia herself recalled, "I think that actually helped me so much, because you never know. What if I played [up] and just sat on the bench the whole time? I probably would've not enjoyed basketball." [1]

Mangakahia began her career, playing for the Australian Institute of Sport. After a brief stint, she then signed in her home state, with the Townsville Fire, alongside the likes of Suzy Batkovic.

Mangakahia made her international debut for the Sapphires at the 2011 FIBA Oceania Under-16 Championship in Canberra, Australia. [2] She would once again represent the Sapphires at the 2012 Under-17 World Championship in Amsterdam, Netherlands, where Australia placed 5th. Mangakahia would then make her debut for the Gems at the FIBA Oceania Under-18 Championship, where she took home gold. She would then go on to represent the Gems at the Under-19 World Championship in Lithuania the following year, where they finished in third place and took home the bronze medal.

In April 2019, coming off a breakout season at Syracuse, Mangakahia was named to the Opals' preliminary roster for the 2020 Summer Olympics, but was forced to bow out due to a cancer diagnosis. [1] In July 2020, she was selected again to the Australian senior women's national team. [3] [4] In May 2021, she missed the women's team roster ahead of the Tokyo Olympics, [5] which was postponed to 2021 due to the COVID-19 pandemic in Japan.

Mangakahia first appeared on Syracuse's recruiting radar during the lead-up to the 2013 U-19 World Championship, when Orange head coach Quentin Hillsman was serving as an assistant for the Netherlands. Hillsman recalled in 2020 that during a warm-up tournament in Europe, he told the Dutch head coach the following about Mangakahia: "If we play Australia in this tournament, we can't play man-to-man because we can't guard their point guard; she is really good. She has impeccable balance, she can get to the basket. We'd have to come up with a new plan for her." He eventually recruited her after she attended, but did not play for, [6] Hutchinson Community College in Kansas. [1]

She emerged as a star in her second season at Syracuse in 2018–19, averaging 16.9 points, 8.4 assists, and 4.9 rebounds while leading the Orange to a 25–9 record and a No. 3 seed, the program's highest ever, in the NCAA Tournament, earning All-ACC honours and All-America honourable mention. In her first two seasons at Syracuse, Mangakahia broke the school's career record for assists and joined the team's 1,000-point club. [1]

Shortly after being named to the Opals' preliminary Olympic squad, Mangakahia discovered a lump on her left breast while showering. The lump grew in the following two weeks, and she was diagnosed with invasive ductal carcinoma in June 2019. While her father urged her to return to Australia for treatment, she decided to remain at Syracuse, with Hillsman promising to support her throughout her treatment. At least one of her family members travelled to Syracuse to accompany her during each of her chemotherapy sessions. When she lost her hair during her treatment, she initially wore wigs, but decided to show her bald head during her treatment; all of her brothers shaved their heads bald in solidarity with her. Eventually, Mangakahia underwent a double mastectomy followed by reconstructive surgery to improve her post-operative appearance, and was declared cancer-free shortly after the surgery. [1] She was cleared to return to practice in late February 2020, near the end of the 2019–20 season. [6] That October, Mangakahia received an eligibility waiver from the NCAA that allowed her to play at Syracuse in 2020–21. [7]

Mangakahia was undrafted in the 2021 WNBA draft held on 15 April but later signed a training camp contract on the same day with the Phoenix Mercury, who later waived her on 12 May. [8] [9] She then went back to Australia and signed with the NBL1 North's Northside Wizards. [10] Mangakahia also inked a contract to play for the Russian Women's Premier League's Dynamo Moscow after the NBL1 season. [11]

Mangakahia is a Latter-day Saint. [12]

Diana Lorena Taurasi is an American professional basketball player for the Phoenix Mercury of the Women's National Basketball Association (WNBA). She was drafted by Phoenix first overall in the 2004 WNBA draft. Taurasi has won the WNBA Rookie of the Year Award (2004), three WNBA championships, one WNBA Most Valuable Player Award (2009), two WNBA Finals MVP Awards, a historic five Olympic gold medals,, five scoring titles, and three FIBA World Cups. She has also been selected to nine WNBA All-Star teams and ten All-WNBA teams. In 2011, she was voted by fans as one of the WNBA's Top 15 Players of All Time. On June 18, 2017, Taurasi became the WNBA all-time leading scorer and on June 27, 2021, became the first player to surpass 9000 points.

Suzanne Brigit Bird is an American professional basketball player for the Seattle Storm of the Women's National Basketball Association (WNBA). Bird was drafted by the Storm first overall in the 2002 WNBA draft and is considered to be one of the greatest players in WNBA history. As of 2021, Bird is the only WNBA player to win titles in three different decades. She held a front office position for the NBA's Denver Nuggets as their Basketball Operations Associate. She has also played for three teams in Russia. Her family is from Israel and she has both American & Israeli citizenship. 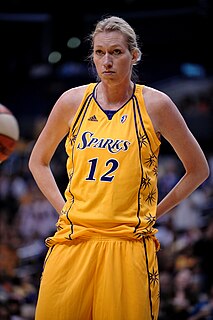 Małgorzata Dydek was a Polish professional basketball player. Standing 7 ft 2 in (2.18 m) tall, she was famous for being the tallest professional female basketball player in the world. She played center position for multiple teams in the WNBA and was a coach for the Northside Wizards in the Queensland Basketball League. She was awarded the Polish Gold Cross of Merit (1999). 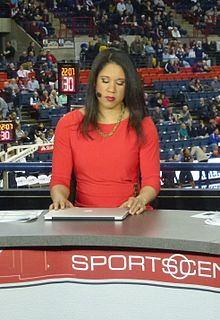 Kara Marie Lawson is the head coach of the Duke Blue Devils women's basketball team. She is a former American professional women's basketball player in the Women's National Basketball Association (WNBA) and a basketball television analyst for ESPN and the Washington Wizards. Lawson primarily played as a shooting guard. She won a gold medal at the 2008 Olympics in Beijing, China, a championship with the Sacramento Monarchs in the 2005 WNBA Finals, and coached the United States women's national 3x3 team to gold in the 2020 Summer Olympics. Lawson retired from the WNBA in 2015 to focus on her broadcasting career. She began her coaching career as an assistant coach for the Boston Celtics of the NBA in 2019.

Penelope Jane Taylor is an Australian retired professional basketball player and assistant coach. During her 19-year career, Taylor spent the most time with the Phoenix Mercury of the WNBA, where she won three championships. She also won the WNBL with her first club, the Australian Institute of Sport, and played in China, Italy, Turkey and Russia. As part of the Australian woman's national team, Taylor won two Olympic medals and led the Australian Opals to a gold medal at the World Championships, winning tournament MVP honours ahead of teammate Lauren Jackson.

Edna Campbell is a retired women's basketball player who played in the Women's National Basketball Association (WNBA). The 5 ft 8 in guard played with the Sacramento Monarchs as well as three other teams, but is well known for continuing to play despite suffering breast cancer. In 2004, she was designated a Women's History Month honoree by the National Women's History Project. Campbell was born in Philadelphia, Pennsylvania. 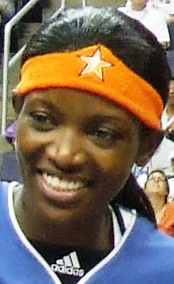 Adam Matthew Gibson is an Australian professional basketball player for the Knox Raiders of the NBL1 South. He made his National Basketball League (NBL) debut in 2005, and has played for five NBL franchises. He is a two-time NBL champion, having won his first in 2007, with the Brisbane Bullets and his second in 2009, with the South Dragons. He is also a five-time All-NBL Team member and was crowned the NBL Best Defensive Player in 2009. 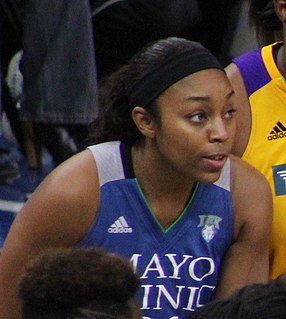 Renee Danielle Montgomery is a retired American basketball player and sports broadcaster who is currently vice president, part-owner, and investor of the Atlanta Dream. During her 11-year playing career in the Women's National Basketball Association, she won two championships with the Minnesota Lynx in 2015 and 2017. During her college playing career, she won a national championship with the UConn Huskies in 2009.

Elizabeth Cambage is an Australian professional basketball player for the Las Vegas Aces of the Women's National Basketball Association (WNBA). Cambage currently holds the WNBA single-game scoring record with her 53-point performance against the New York Liberty on 17 July 2018. 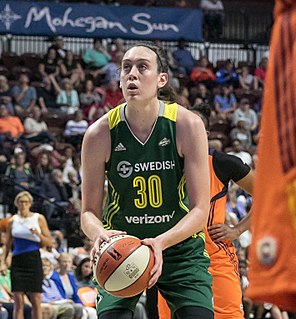 Breanna Mackenzie Stewart is an American professional basketball player for the Seattle Storm of the Women's National Basketball Association (WNBA).

Morgan Tuck is an American former professional basketball player for the Seattle Storm of the Women's National Basketball Association (WNBA). She played her first four WNBA seasons with the Connecticut Sun. She won 4 consecutive NCAA championships with the University of Connecticut. She completed her high school career at Bolingbrook High School in Bolingbrook, Illinois. She played on the USA Basketball U17, U18 and U19 teams, where she helped each team win a gold medal.

La Charles Rashawn "C. J." Massingale is an American-Australian professional basketball player for the Southern Districts Spartans of the NBL1 North. He played three years of college basketball for Washington and one year for Metro State. He moved to Australia in 2005, where he has since played his entire career. He played nine seasons for the Knox Raiders in the SEABL. He had a short stint with the Adelaide 36ers of the NBL in 2012 before playing in Queensland since 2014.

Stephanie Talbot is an Australian professional basketball player for the Seattle Storm of the Women's National Basketball Association (WNBA).

Quentin Jerome Hillsman was the head women's college basketball coach for the Syracuse Orange. He held that position from 2006 to 2021 and is only the fourth coach in the 40-year history of the program.

Brittney Sykes is an American professional basketball player with the Los Angeles Sparks of the Women's National Basketball Association (WNBA). She was drafted with the seventh overall pick in the 2017 WNBA draft.

Atem Kuol Atem Bol is a South Sudanese basketball player for the Northside Wizards of the NBL1 North. 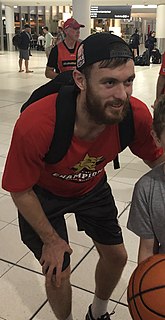 Nicholas Colin Kay is an Australian professional basketball player for Shimane Susanoo Magic of the Japanese B.League. He is also a member of the Australian national team.

The 2021 WNBA season is the 24th season for the Phoenix Mercury of the Women's National Basketball Association. The season tipped off on May 14, 2021, at the Minnesota Lynx.