The Tibetan snowfinch or Henri's snowfinch (Montifringilla henrici) is a species of bird in the sparrow family.

It is found in Tibet. Its natural habitat is high altitude dry shrubland. It is sometimes considered a subspecies of the white-winged snowfinch.

Old World sparrows are a family of small passerine birds. They are also known as true sparrows, names also used for a particular genus of the family, Passer. They are distinct from both the American sparrows, in the family Passerellidae, and from a few other birds sharing their name, such as the Java sparrow of the family Estrildidae. Many species nest on buildings and the house and Eurasian tree sparrows, in particular, inhabit cities in large numbers, so sparrows are among the most familiar of all wild birds. They are primarily seed-eaters, though they also consume small insects. Some species scavenge for food around cities and, similarly to gulls or rock doves, will happily eat small quantities of virtually anything. 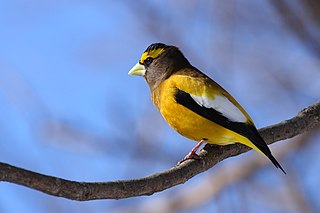 The evening grosbeak is a passerine bird in the finch family Fringillidae found in North America. 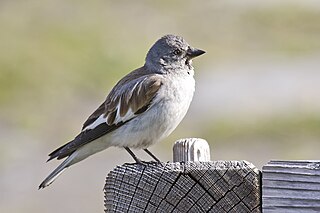 The white-winged snowfinch, or snowfinch, is a small passerine bird. Despite its name, it is a sparrow rather than a true finch. 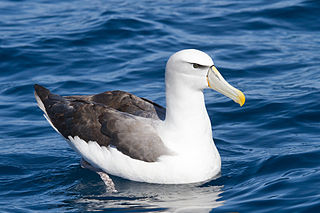 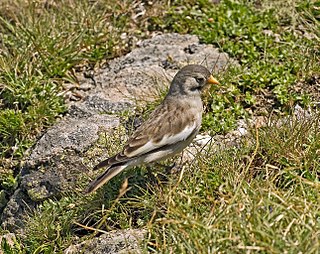 Montifringilla is a genus of passerine birds in the sparrow family Passeridae. It is one of three genera containing the snowfinches. As the English and scientific names suggest, these are high-altitude species, found in the mountain ranges of southern Eurasia, from the Pyrenees east to the Himalayas, Tibet and western China.

Snowfinches are a group of small passerine birds in the sparrow family Passeridae. At one time all eight species were placed in the genus Montifringilla but they are now divided into three genera:

Andrew Leith Adams FRSE, FRS was a Scottish physician, naturalist and geologist. He was the father of the writer Francis Adams.

The Afghan snowfinch is a passerine bird of the sparrow family Passeridae, endemic to the northern parts of the Hindu Kush mountains in Afghanistan. There are no major threats to the species despite its restricted range, so it is assessed as least concern on the IUCN Red List. This species is mostly a seed-eater, supplementing its diet with some insects. It builds its nest in the burrows or hollows of ground-dwelling rodents, lined with hair or feathers.

The streaky-headed seedeater or streaky-headed canary is a small passerine bird in the finch family. It is a common resident breeder in suitable habitats in southern Africa. 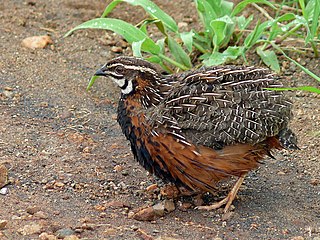 The harlequin quail is a species of bird in the family Phasianidae. It occurs in Africa and in the Arabian Peninsula. The species is named after the collector, Adulphe Delegorgue. 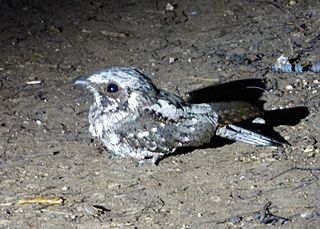 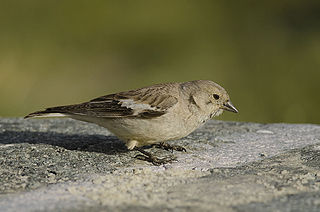 The black-winged snowfinch or Adams's snowfinch, is a species of bird in the sparrow family. 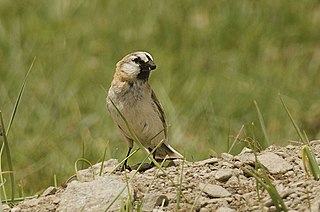 Blanford's snowfinch or the plain-backed snowfinch, is a species of bird in the sparrow family. 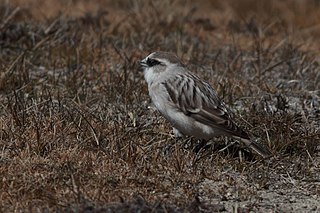 The white-rumped snowfinch is a species of passerine bird in the sparrow family Passeridae. It is the only member of the genus Onychostruthus. It is sometimes placed in the genus Montifringilla.

The Socotra buzzard is a medium to large bird of prey that is sometimes considered a subspecies of the widespread common buzzard. As its name implies, it is native to the island of Socotra, Yemen. Although it is listed as vulnerable in the IUCN Red List, its population is considered to be stable. 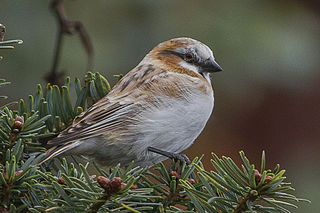 Pyrgilauda is a genus of passerine birds in the sparrow family Passeridae. They are found in the Himalayas, Tibet and western China.

The black-crowned fulvetta is a bird species in the family Pellorneidae. Until recently it was considered a sub-species of the rufous-winged fulvetta. It is endemic to Vietnam. 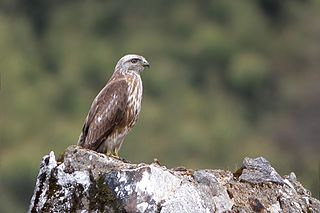 The Himalayan buzzard is a medium to large bird of prey that is sometimes considered a subspecies of the widespread common buzzard. It is native to the Himalayas in Nepal, India and adjacent mountains of southern China.

Dryobates is a genus of birds in the woodpecker family Picidae. The species are widely destributed and occur in both Eurasia and the Americas.