The species name haematodes is due to the fact that the veins of the forewing are brown-red.

This species is present in Central and Southern Europe, in the Near East and in North Africa. [3]

Diplacodes is a genus of dragonflies in the Libellulidae family. They are commonly known as perchers. Their colours range from the totally black body of the African Diplacodes lefebvrii, the lovely pale blue of India's Diplacodes trivialis, to the intense red of the Asian–Australian Diplacodes haematodes. 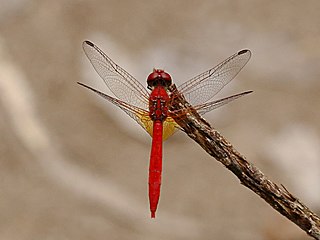 Diplacodes haematodes, the scarlet percher, is a species of dragonfly in the family Libellulidae. It occurs throughout Australia, Timor, New Guinea, Vanuatu, and New Caledonia. It is locally common in habitats with hot sunny exposed sites at or near rivers, streams, ponds, and lakes. It often prefers to settle on hot rocks rather than twigs or leaves, and is quite wary. This is a spectacular species of dragonfly, although small in size. The male is brilliant red, the female yellow-ochre. Females have yellow infuscation suffusing the outer wings, while the males have similar colour at the bases of the wings. 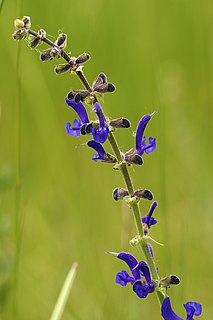 Salvia pratensis, the meadow clary or meadow sage, is a species of flowering plant in the family Lamiaceae, native to Europe, western Asia and northern Africa. The specific epithet pratensis refers to its tendency to grow in meadows. It also grows in scrub edges and woodland borders. 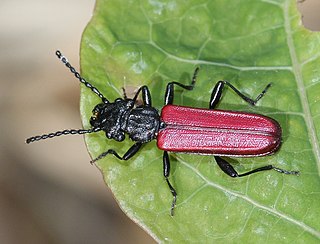 Amyema is a genus of semi-parasitic shrubs (mistletoes) which occur in Malesia and Australia. 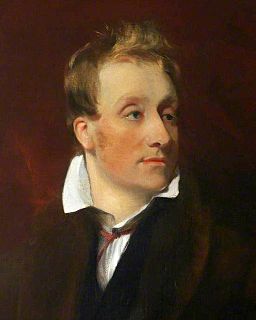 Pygarctia is a genus of moths in the family Erebidae.

Gaedioxenis is a genus of parasitic flies in the family Tachinidae. There are at least four described species in Gaedioxenis.

Anthene flavomaculatus, the yellow-spot ciliate blue, is a butterfly in the family Lycaenidae. It is found in Nigeria, Cameroon and northern Angola. The habitat consist of forests. 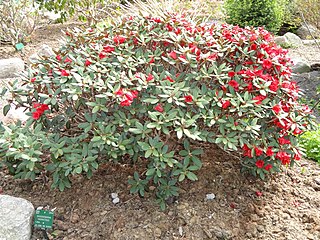 Rhododendron haematodes (似血杜鹃) is a rhododendron species native to northeastern Myanmar, and southeastern Xizang and western Yunnan in China, where it grows at altitudes of 3100–4000 meters. It is a shrub that grows to 1.5–3 m in height, with leathery leaves that are oblong to obovate, 2.7–7.5 by 0.7–3.2 cm in size. Flowers are red.

Eois haematodes is a moth in the family Geometridae. It is found in Peru.

Epiphyas haematodes is a species of moth of the family Tortricidae. It is found in Australia, where it has been recorded from New South Wales.

Aporocera is a genus of leaf beetles commonly called case bearing leaf beetles in the subfamily Cryptocephalinae. Aporocera are well represented in all states of Australia and consist of 148 species in two subspecies. 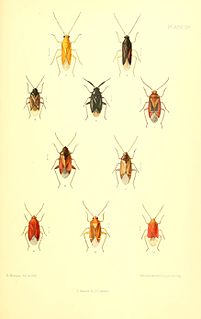 Psallus haematodes is a true bug. The species is found in the Palearctic.It occurs almost everywhere in Europe, but only occurs in the north of the Mediterranean. East the range extends to Siberia and to the Caspian region. It is introduced in North America. It is found in open, sunny, but also shady places on wetland edges, rivers and in bogs, and also in dry habitats.

Tibicina is a genus of cicadas belonging to the family Cicadidae, subfamily Tibicininae. 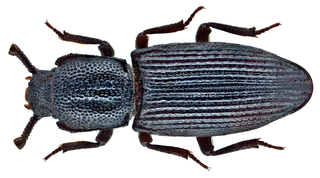 Pycnomerus is a genus of ironclad beetles in the family Zopheridae. There are more than 20 described species in Pycnomerus.

Pachybrachis haematodes, the bloody pachy, is a species of case-bearing leaf beetle in the family Chrysomelidae. It is found in Central America and North America.

Pycnomerus haematodes is a species of ironclad beetle in the family Zopheridae. It is found in North America.