Tickets to the Devil

Tickets to the Devil (1968) by Richard P. Powell is novel taking a glimpse into the world of duplicate bridge in the late 1960s. The story features characters loosely based on great players of those days, along with some fictional characters. All of them are competing or involved in a National bridge event set in the fictional Xanadu hotel in Miami Beach, while their stories intersect and interact in a Grand Hotel fashion. [1] [2]

The Bridge on the River Kwai is a 1957 epic war film directed by David Lean and based on the 1952 novel written by Pierre Boulle. Although the film uses the historical setting of the construction of the Burma Railway in 1942–1943, the plot and characters of Boulle's novel and the screenplay are almost entirely fictional. The cast includes Alec Guinness, William Holden, Jack Hawkins, and Sessue Hayakawa. 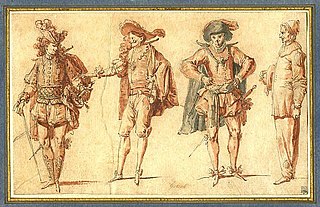 For Whom the Bell Tolls is a novel by Ernest Hemingway published in 1940. It tells the story of Robert Jordan, a young American volunteer attached to a Republican guerrilla unit during the Spanish Civil War. As a dynamiter, he is assigned to blow up a bridge during an attack on the city of Segovia.

Pierre François Marie Louis Boulle was a French novelist best known for two works, The Bridge over the River Kwai (1952) and Planet of the Apes (1963), that were both made into award-winning films.

A fictional book is a text created specifically for a work in an imaginary narrative that is referred to, depicted, or excerpted in a story, book, film, or other fictional work, and which exists only in one or more fictional works. A fictional book may be created to add realism or depth to a larger fictional work. For example, George Orwell's novel Nineteen Eighty-Four has excerpts from a book by Emmanuel Goldstein entitled The Theory and Practice of Oligarchical Collectivism which provides background on concepts explored in the novel. 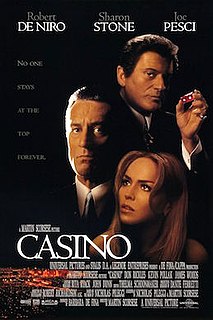 Casino is a 1995 American epic crime film directed by Martin Scorsese, produced by Barbara De Fina and distributed by Universal Pictures. The film is based on the 1995 nonfiction book Casino: Love and Honor in Las Vegas by Nicholas Pileggi, who also co-wrote the screenplay for the film along with Scorsese. It stars Robert De Niro, Sharon Stone, Joe Pesci, Don Rickles, Kevin Pollak and James Woods. The film marks the eighth collaboration between director Scorsese and De Niro.

Deadeye Dick is a novel by Kurt Vonnegut originally published in 1982.

Men Without Women (1927) is the second collection of short stories written by American author Ernest Hemingway. The volume consists of 14 stories, 10 of which had been previously published in magazines. It was published in October 1927, with a first print-run of approximately 7600 copies at $2. 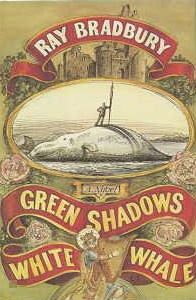 Green Shadows, White Whale is a 1992 novel by Ray Bradbury. It gives a fictionalized account of his journey to Ireland in 1953-1954 to write a screen adaptation of the novel Moby-Dick with director John Huston. Bradbury has said he wrote it after reading actress Katharine Hepburn's account of filming The African Queen with Huston in Africa. The title itself is a play on Peter Viertel's novel White Hunter, Black Heart, which is also about Huston.

Hannibal Brooks is a 1969 British war comedy film directed by Michael Winner and written by Ian La Frenais and Dick Clement based on a story by Winner and Tom Wright. It stars Oliver Reed, Michael J. Pollard and Wolfgang Preiss.

David Madden is an American writer of many novels, short stories, poems, plays, and works of nonfiction and literary criticism.

The Japan Center is a shopping center in the Japantown neighborhood of San Francisco, California. It opened in March 1968 and was originally called the Japanese Cultural and Trade Center. It is bounded by Geary, Post, Fillmore, and Laguna. The mall itself is composed of three mall buildings; from west to east, they are the Kinokuniya Mall, Kintetsu Mall, and Miyako Mall. Anchor tenants include Books Kinokuniya and Sundance Kabuki Cinema.

The Babylon series is a series of books by British author Imogen Edwards-Jones which provide exposés of work places or industries using fictionalized characters and real incidents and stories, based either on the author's own experiences such as in Hotel Babylon, or on stories from anonymous insiders.

"Flicker" is the seventh episode of the fifth season of the anthology television series American Horror Story. It aired on November 18, 2015 on the cable network FX. This episode was written by Crystal Liu and directed by Michael Goi.