Tidings of Comfort and Joy

Last updated March 07, 2019
This article is about the short story. For the song, see God Rest You Merry, Gentlemen.

"Tidings of Comfort and Joy" is a fantasy short story by Gael Baudino. It concerns Julianna, a Wiccan living in Denver, and her otherworldly encounter with her friend Paul, who is a priest, and her undead ex-husband Bob.

Gael Baudino is a contemporary American fantasy author who also writes under the pseudonyms of Gael Kathryns, Gael A. Kathryns, K.M. Tonso, and G.A. Kathryns. She attended college at the University of Southern California. Sometime before 1994 she converted from Dianic Wicca and became a Quaker. As Gael Kathryns she contributed several instructional articles about harping to the Folk Harp Journal during the 1990s.

Paul contacts Julianna after years of mutual avoidance to tell her that Bob has died, after a fashion. Trauma from intense abuse as a child caused Bob's marriage to Julianna to fall apart, as he needed too much from her. His second wife, however, was able to provide him what he needed. After she dies in a car crash, he gives up on life but is not able to completely abandon living. When his body dies, he remains conscious, stuck in a rotting shell but too afraid to go into the unknown.

Bob being a parishioner of his, Paul is at a loss about what to do, so he contacts Julianna to see if her religion can help. They hatch a plan to dig up his ex-wife and reanimate her corpse so that the two of them can finally die together. Their plan works, and Julianna and Paul have a new, deeper relationship with each other. 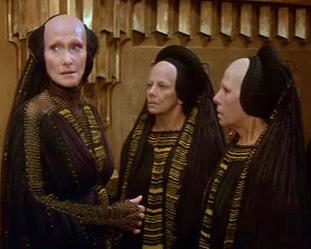 The Bene Gesserit are a key social, religious, and political force in Frank Herbert's fictional Dune universe. The group is described as an exclusive sisterhood whose members train their bodies and minds through years of physical and mental conditioning to obtain superhuman powers and abilities that can seem magical to outsiders. Acolytes who have acquired the breadth of Bene Gesserit abilities are called Reverend Mothers within the organization's ranks. Some of these fictional powers are analyzed and deconstructed from a real-world scientific perspective in the book The Science of Dune (2008).

Paul Trueman is a fictional character from the BBC soap opera EastEnders, played by Gary Beadle between 2001 and 2004. Gary was introduced as part of the already established Trueman family. He was portrayed as a bad boy. Beadle left the role in 2004. In his exit storyline, Paul became a drug dealer, and Beadle has been critical of the storyline, suggesting it played into black, racial stereotyping. It was implied that Paul was killed upon his exit, though his death was not screened. 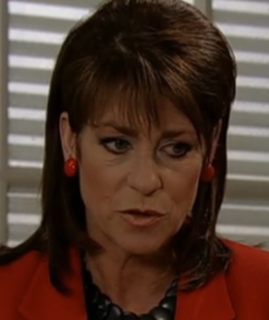 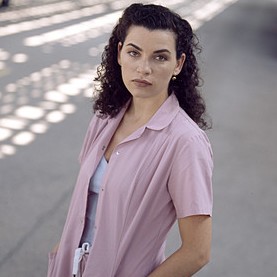 Nurse Carol Hathaway Ross is a fictional character on the popular television show ER, portrayed by Julianna Margulies from 1994 to 2000. Julianna Margulies' removal from the main cast opening credits was in the final episode of season 6. 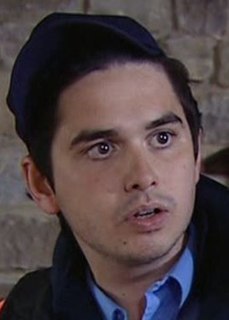 James Hope is a fictional character from the British ITV soap opera Emmerdale. He was played by Alex Carter and first appeared onscreen on 16 February 2006. On 8 February 2010, Carter announced that he was quitting the show, citing his reason that he found the Emmerdale filming schedule too exhausting.

Jean Hope is a fictional character from the British ITV soap opera, Emmerdale. Initially she was a recurring character and played by Julie Higginson, but when she returned in 2006 as a regular character, Susan Penhaligon took over the role.

"Johnny Cakes" is the 73rd episode of the HBO original series The Sopranos and the eighth of the show's sixth season. Written by Diane Frolov and Andrew Schneider, and directed by Tim Van Patten, it originally aired on April 30, 2006.

"Kaisha" is the 77th episode of the HBO television drama series The Sopranos and the 12th episode of the sixth season. It served as the midseason finale to the first part of Season 6, whose broadcast HBO split into two parts. The episode was written by executive producer Terence Winter, series creator/executive producer David Chase and co-executive producer Matthew Weiner, and directed by longtime series director Alan Taylor, and originally aired in the United States on June 4, 2006. Its premiere garnered 8.9 million American viewers.

Every Man for Himself is a 1980 drama film directed, co-written and co-produced by Jean-Luc Godard that is set in and was filmed in Switzerland. It stars Jacques Dutronc, Isabelle Huppert, and Nathalie Baye, with a score by Gabriel Yared. Nathalie Baye won the César Award for Best Supporting Actress.

Matthew "Matt" Parkman, Sr., is a fictional character of the NBC science fiction serial drama Heroes, played by Greg Grunberg. Matt is a police officer, who works for the LAPD and NYPD in Seasons One and Two respectively. He is a telepath; his ability allows him to read minds, and eventually extends into aspects of mind control, as stated by Bob Bishop. 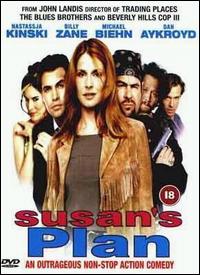 Conviction is a 2010 biographical legal drama film directed by Tony Goldwyn, written by Pamela Gray, and starring Hilary Swank and Sam Rockwell. The film premiered on September 11, 2010, at the Toronto International Film Festival and was released in the US on October 15, 2010. 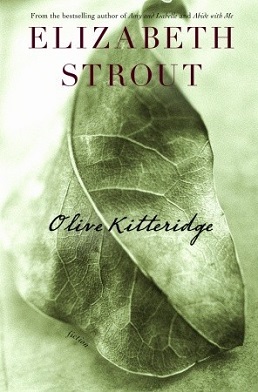 Olive Kitteridge (2008) is a novel by American author Elizabeth Strout. It presents a portrait of the title character and a number of recurring characters in the coastal town of Crosby, Maine. It takes the form of 13 short stories that are interrelated but discontinuous in terms of narrative. It won the 2009 Pulitzer Prize for Fiction and was a finalist for the 2008 National Book Critics Circle Award. HBO produced a four-part mini-series, based on the novel, featuring Frances McDormand in the title role, which aired on November 2 and 3, 2014. The series won eight awards at the 2015 Primetime Emmys.

Bob Hunter and Lee McDermott are fictional characters created by television producer and screenwriter Marc Cherry for the ABC television series Desperate Housewives. Bob is portrayed by Tuc Watkins and Lee by Kevin Rahm. They first appeared in the season four episode "If There's Anything I Can't Stand" on October 21, 2007. Within the series, Bob, an attorney, and Lee, a real-state agent, are the first gay couple to live on the fictitious Wisteria Lane.

Bob Stookey is a fictional character from the comic book series The Walking Dead and the television series of the same name, where he is portrayed by Lawrence Gilliard Jr. Created by Robert Kirkman and artists Charlie Adlard and Cliff Rathburn, the character made his debut in The Walking Dead #29 in June 2006. Bob is a former combat medic who is considered the town drunk of Woodbury, Georgia. Although he is a minor character in the comics, Bob is notable for saving the life of The Governor, who was severely mutilated by Michonne. His origins are explored in the companion novel The Walking Dead: The Road to Woodbury, which was written by Kirkman and Jay Bonansinga.

Lizzie and Mika Samuels are fictional characters from the fourth and fifth season of the AMC television series The Walking Dead portrayed by Brighton Sharbino and Kyla Kenedy. Introduced in the fourth season premiere, Lizzie and Mika are two young siblings, and the daughters of Ryan Samuels. Following the death of their father, Carol agrees to raise the girls as her own children. The struggles of Lizzie and Mika are contrasted within the series as Lizzie, capable of taking a human life, is unable to understand and adapt by killing walkers, instead believing she can communicate with them and have an emotional connection. Conversely, Lizzie's younger sister, Mika, willingly kills walkers, but her compassion for others prevents her from taking the life of another human being.