Tiffany Pisani (born 20 January 1992) is a British-Maltese beauty pageant titleholder who won Miss Universe Malta 2017 and also was announced as the winner of the cycle 6 of Britain's Next Top Model in October 2010. [2] She represented Malta in Miss Universe 2017.

In 2008, Pisani appeared in Maltese DJ Ruby's music video for "Living in The Dark". [3] Since then she appeared on the covers of numerous Maltese magazines such as Sunday Circle, Tune In, Pink, Platinum Love, and Milkshake. In 2009, she achieved third place (second runner up) in the annual Miss Maltese Islands competition.

Tiffany first came to the international public's attention by being the youngest model on sixth cycle of Britain's Next Top Model in 2010. During her time on the show, her edgy look was emphasized on when the show's host, Elle Macpherson, had her cut her trademark long hair into a pixie crop. [ citation needed ] Elimination rounds saw her receive one first call-out and two appearances in the bottom two. She also won three challenges. During the tenth episode, photographer Terry O'Neill praised Pisani as his favourite girl in the competition. [ citation needed ] On 4 October 2010, Pisani was announced the winner, beating strong competitor and eventual runner-up Alisha White and judges' favourite Joy McLaren.

Pisani was born in Wolverhampton, West Midlands, England, to a Maltese father and a British mother. She grew up in Attard, Malta, with her parents, and her elder sister. English is her first language, but she attended a Maltese-language medium school where she attained fluency in Maltese. After winning Britain's Next Top Model Cycle 6, she has been based in London and has been working in Milan, Paris and Hong Kong. [4] 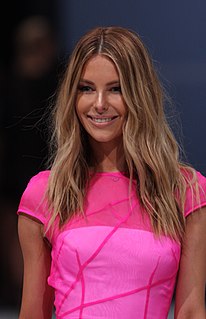 Jennifer Hawkins is an Australian model, television presenter and beauty queen best known for being crowned Miss Universe Australia and later the same year Miss Universe 2004. She was the host of Australia's Next Top Model, and was brand ambassador for Lovable Intimates, Mount Franklin Lightly Sparkling and Range Rover, and formerly the face of Australian department store Myer. 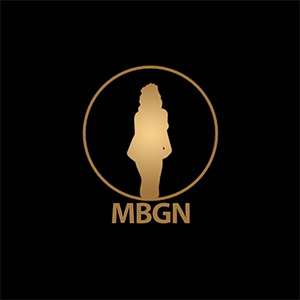 Most Beautiful Girl in Nigeria – often abbreviated as MBGN – is a pageant organised by Silverbird Group with the main purpose of sending representatives to international competitions. Originally known as Miss Universe Nigeria, it was renamed Most Beautiful Girl in Nigeria after news publishers Daily Times lost their license to send delegates from rival contest Miss Nigeria to Miss World.

Miss Universe 1992, the 41st Miss Universe pageant, was held on 9 May 1992 at the Queen Sirikit National Convention Center in Bangkok, Thailand. Seventy-eight contestants competed in this year. Michelle McLean of Namibia was crowned by Lupita Jones of Mexico at the event's conclusion. This is the first and so far only time that Namibia won the pageant.

Miss Universe Great Britain is a national beauty pageant that selects the British representative in the Miss Universe contest.

Miss Universe China is a national beauty pageant that selects China's representative to the Miss Universe pageant since 2002. 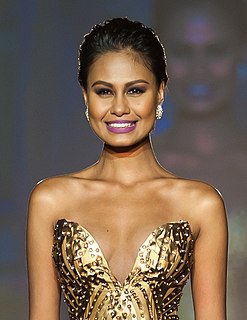 Maria Venus Bayonito Raj is a Filipino-Indian actress, model and beauty pageant titleholder who was crowned Binibining Pilipinas Universe 2010. She represented the Philippines at the Miss Universe 2010 pageant and placed 4th Runner-Up.

Adriana Reverón Moreno is a Spanish model and beauty pageant titleholder who represented her country in the Miss Universe 2010 and Miss Earth 2008 competitions.

Võ Hoàng Yến is a Vietnamese beauty pageant contestant, model and occasional actress. She won the Vietnam Supermodel 2008 contest and is the 1st runner-up of Miss Universe Vietnam 2008. She represented Vietnam in the Miss Universe 2009 pageant in the Bahamas. 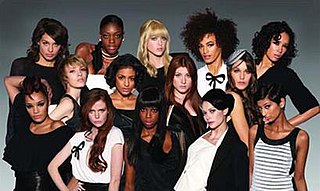 Charlotte Louise Holmes is an English commercial model and TV presenter who was crowned Miss England on 26 June 2012 and went on to place eighth in the Miss World contest. She placed fourth on Britain and Ireland's Next Top Model in 2010. 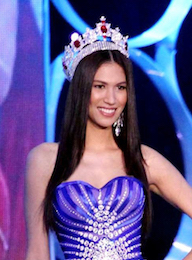 Miss Europe 2017 is an international beauty pageant, which was held on May 13, 2017 in Seoul, South Korea, where representatives of 35 countries were competing for the title of the first beauty. The crown and the title “Miss Europe 2017” was given to the contestant from Latvia, 26 years old Diana Kubasova. This was 60th edition of the Miss Europe pageant and the 2nd under the Miss Europe Organization.

Hoàng Thị Thùy or Hoàng Thùy is a Vietnamese model and beauty pageant titleholder. She began her career in 2011, after winning cycle two of Vietnam's Next Top Model. Eight years later, she was sashed as Miss Universe Vietnam 2019 to represent Vietnam at Miss Universe 2019 and placed in the Top 20. She is often considered one of the most successful Vietnamese models on international runway as well as of Vietnamese 1990s-born model generation.