A Swedish version of the song titled "Du och jag igen" was performed by Gina Dirawi and Sarah Dawn Finer on 27 February 2016 during an interval act as part of the Swedish process for selecting its Eurovision Song Contest entry, Melodifestivalen.

At a press conference held at the Sydney Opera House on 5 March 2015, it was announced that the Australian public broadcaster, Special Broadcasting Service (SBS), had internally selected Guy Sebastian to represent Australia at the 2015 Eurovision Song Contest. [2] [3] [4] On 16 March, Sebastian's song for the Eurovision Song Contest was officially revealed online by SBS through the release of a music video for "Tonight Again". [5]

The song was written within a week by Sebastian specifically for the Eurovision Song Contest. He collaborated with fellow songwriters David Ryan Harris and Louis Schoorl who he had previously worked with on other projects. On the choice of the song, Sebastian said, "When it came time to decide on a song, I thought since I had a couple of days off in Australia I would try and write something new. But if I was to record a new song I wanted it to be homegrown and organic with my band in my studio. Truly, we jumped in the studio and let it happen because I wanted to write something fun! We all have moments you don't want to end and you wish you could live those moments every day so I wanted to write a song about that feeling. I am sure that is how I am going to feel when I am in Vienna performing." [6] 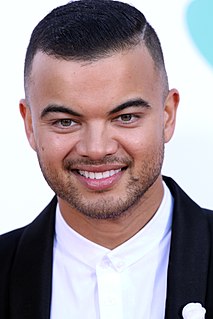 Guy Theodore Sebastian is an Australian singer and songwriter who was the winner of the first Australian Idol in 2003, and a judge on Australia's The X Factor in 2010, 2011, 2012, 2015 and 2016. He represented Australia at the 2015 Eurovision Song Contest, finishing in 5th place. 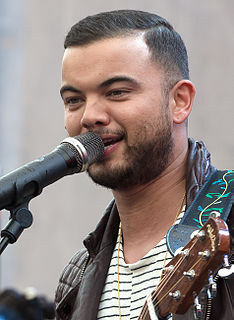 The discography of Guy Sebastian, an Australian singer, consists of nine studio albums, one compilation album, one live album, three EPs and 42 singles, including six as a featured artist and four charity singles. Sebastian won the first series of Australian Idol in 2003, and gained a record deal with Sony BMG. He has released nine albums which peaked in the top six of the ARIA Charts, including two which reached number one. The first seven achieved either platinum or multi-platinum certification. He has also released twenty two top twenty singles in Australia, with thirteen reaching the top ten, including six number ones. Sebastian is the only Australian male artist in Australian chart history to achieve six number-one singles, and is third overall for all Australian acts with only Kylie Minogue and Delta Goodrem having achieved more. He has also reached the top ten of the New Zealand charts with an album and six singles, including two number ones. Sebastian has sixty-five platinum and five gold certifications in Australia, the highest number for an Australian Idol contestant. "Battle Scars", a collaboration with Lupe Fiasco, spent 20 weeks in the Billboard Hot 100 chart, peaking at number 71 and achieving platinum certification. It also reached number 2 in Norway. 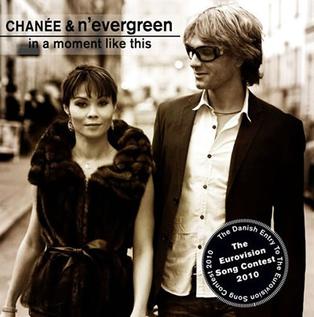 "In a Moment Like This" is a song performed by Chanée & N'evergreen and composed Thomas G:son, Henrik Sethsson and Erik Bernholm, and was the Danish entry at the Eurovision Song Contest 2010, held in Oslo, Norway on 29 May 2010.

"Like a Drum" is a song by Australian recording artist Guy Sebastian released digitally in Australia on 25 October 2013. It debuted at number four on the ARIA Singles Chart, Sebastian's twelfth top ten single in Australia, and has been certified 4x platinum. It also reached number 13 and gold certification on the New Zealand Singles Chart and has been certified platinum in Sweden.

"No Prejudice" is a song by Icelandic band Pollapönk. It was chosen to represent Iceland at the Eurovision Song Contest 2014 in Denmark. The song was initially performed in Icelandic as Enga fordóma at the Icelandic national final, but was translated into English for Eurovision. The song was co-written by American musician John Grant.

Australia has participated in the Eurovision Song Contest five times since their debut in 2015 and has been in the top ten four times. They are the second country outside of the Eurasia region with Morocco competing in the 1980 contest. The country's best result in the contest is a second-place finish for Dami Im in 2016. Australia also finished in the top ten in three of its other appearances in the contest, with Guy Sebastian finishing fifth in 2015, and both Isaiah Firebrace and Kate Miller-Heidke finishing ninth in 2017 and 2019.

"Heroes" is a song by Swedish singer Måns Zelmerlöw. It was released on 28 February 2015 as a digital download in Sweden. The song was written and composed by Anton Malmberg Hård af Segerstad, Joy Deb and Linnea Deb. On 14 March, the song won Melodifestivalen 2015 and represented Sweden in the Eurovision Song Contest 2015 in Vienna, Austria, which it won. It is the lead single for Zelmerlöw's sixth studio album Perfectly Damaged.

"You Are the Only One" is a song performed by Russian singer Sergey Lazarev. The song represented Russia in the Eurovision Song Contest 2016, and was written by Philipp Kirkorov and Dimitris Kontopoulos, the same team behind Ukraine's 2008 second place song; and John Ballard and Ralph Charlie. The song was released as a digital download on 5 March 2016 through State Television Company. On 28 July 2016, Lazarev released a Russian version of the song, entitled "Pust' ves' mir podozhdyot". He did a version the song in duet with Elena Paparizou during the Home concert series to replace the cancelled 2020 Contest.

"Sound of Silence" is a song performed by Australian recording artist Dami Im. Written by Anthony Egizii and David Musumeci of DNA Songs, it is best known as Australia's entry at the Eurovision Song Contest 2016 which was held in Stockholm, Sweden, where it finished 2nd, receiving a total of 511 points. The song also won the Marcel Bezençon Award in the composer category. The song was leaked on 10 March 2016, one day before its initial release date. It is Dami Im's fourth Australian top 20 hit and worldwide, it reached the top 40 in more than six countries after the Eurovision Song Contest 2016 Final.

The following is a list of notable events and releases that happened in 2015 in music in Australia.

"Paper" is a song performed by Icelandic singer Svala. The song was released as a digital download on 20 March 2017 through Ríkisútvarpið. It represented Iceland in the Eurovision Song Contest 2017, and was written by Svala Björgvinsdóttir, Einar Egilsson, Lester Mendez, and Lily Elise. The song was originally released in its Icelandic version, "Ég veit það".

"Beautiful Mess" is a song performed by Bulgarian-Russian singer Kristian Kostov. The song was released as a digital download on 13 March 2017 through Virginia Records. The song represented Bulgaria in the Eurovision Song Contest 2017 in Kiev, Ukraine. Beautiful Mess was performed as Kostov's first song on Singer 2019.

"Nobody but You" is a song by Austrian singer Cesár Sampson. The song represented Austria in the Eurovision Song Contest 2018. The song title was revealed to the public on 7 December 2017, and was composed by Sampson himself, Borislav Milanov and Sebastian Arman, and by Swedish songwriter Joacim Persson who has been involved in the composition of a number of songs for Bulgaria, notably Poli Genova's Eurovision 2016 entry "If Love Was a Crime" and in Kristian Kostov's Eurovision 2017 entry "Beautiful Mess" and by Swedish songwriter Johan Alkenäs. "Nobody but You" was released on 9 March 2018.

"Lie to Me" is a song written and performed by Czech singer Mikolas Josef. The song was independently released as a digital download on 19 November 2017. It represented the Czech Republic in the Eurovision Song Contest 2018, where it qualified for the final, finishing sixth, making it the Czech Republic's best placing in the contest. The song is about a man who catches his girlfriend cheating on him with a woman when he visits a club and sees her having lesbian sex. 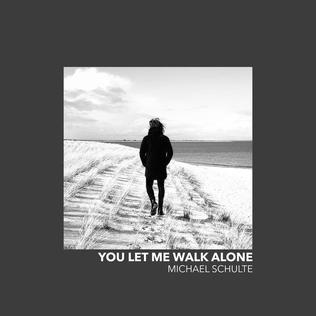 "You Let Me Walk Alone" is a song performed by German singer Michael Schulte. The song was released as a digital download on 20 February 2018 through Very Us Records, and was written by Schulte along with Thomas Stengaard, who also co-wrote the Eurovision winning song Only Teardrops by Emmelie de Forest in 2013, Nisse Ingwersen, and Nina Müller. It represented Germany in the Eurovision Song Contest 2018 in Lisbon, Portugal. It ended up coming fourth in the Grand Final, thus becoming Germany's best placing song since Lena's victory at the 2010 contest in Oslo, Norway and their second-best result of the 21st century overall.