The cause of gemination is still unknown. [3] However, there are a few possible factors contributing to gemination:

The phenomenon of gemination arises when two teeth develop from one tooth bud and, as a result, the patient has an extra tooth, in contrast to fusion, where the patient would appear to be missing one tooth. Fused teeth arise through union of two normally separated tooth germs, and depending upon the stage of development of the teeth at the time of union, it may be either complete or incomplete. On some occasions, two independent pulp chambers and root canals can be seen. However, fusion can also be the union of a normal tooth bud to a supernumerary tooth germ. In these cases, the number of teeth is also normal and differentiation from gemination may be very difficult, if not impossible. In geminated teeth, division is usually incomplete and results in a large tooth crown that has a single root and a single canal. It is an asymptomatic condition.

Before root canal treatment or extraction are carried out, the clinician should have thorough knowledge about the root canal morphology to avoid complications.

Related abnormalities of the dentition 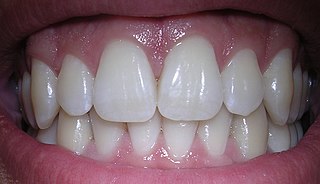 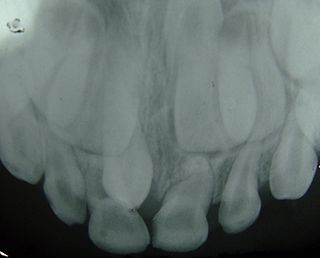 Hyperdontia is the condition of having supernumerary teeth, or teeth that appear in addition to the regular number of teeth. They can appear in any area of the dental arch and can affect any dental organ. The opposite of hyperdontia is hypodontia, where there is a congenital lack of teeth, which is a condition seen more commonly than hyperdontia. The scientific definition of hyperdontia is "any tooth or odontogenic structure that is formed from tooth germ in excess of usual number for any given region of the dental arch." The additional teeth, which may be few or many, can occur on any place in the dental arch. Their arrangement may be symmetrical or non-symmetrical.

Dental surgery is any of a number of medical procedures that involve artificially modifying dentition; in other words, surgery of the teeth, gums and jaw bones. 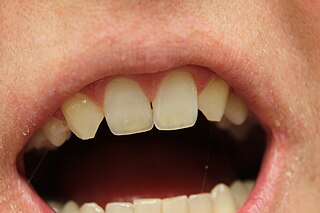 Hypodontia is defined as the developmental absence of one or more teeth excluding the third molars. It is one of the most common dental anomalies and has a negative impact on both looks and function. It rarely occurs in primary teeth and the most commonly affected are the adult second premolars and the upper lateral incisors. It usually occurs as part of a syndrome that involves other abnormalities and requires multidisciplinary treatment. 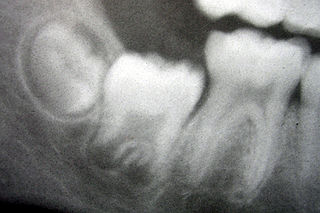 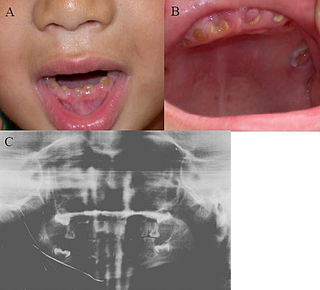 Dentinogenesis imperfecta (DI) is a genetic disorder of tooth development. This condition is a type of dentin dysplasia that causes teeth to be discolored and translucent giving teeth an opalescent sheen. Although genetic factors are the main contributor for the disease, any environmental or systemic upset that impedes calcification or metabolisation of calcium can also result in anomalous dentine. 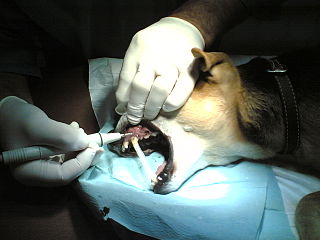 Dilaceration is a developmental disturbance in shape of teeth. It refers to an angulation, or a sharp bend or curve, in the root or crown of a formed tooth. This disturbance is more likely to affect the maxillary incisors and occurs in permanent dentition. Although this may seem more of an aesthetics issue, an impacted maxillary incisor will cause issues related to occlusion, phonetics, mastication, and psychology on young patients. 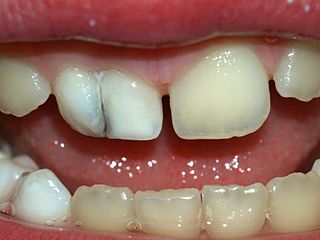 Tooth fusion arises through union of two normally separated tooth germs, and depending upon the stage of development of the teeth at the time of union, it may be either complete or incomplete. On some occasions, two independent pulp chambers and root canals can be seen. However, fusion can also be the union of a normal tooth bud to a supernumerary tooth germ. In these cases, the number of teeth is fewer if the anomalous tooth is counted as one tooth. In geminated teeth, division is usually incomplete and results in a large tooth crown that has a single root and a single canal. Both gemination and fusion are prevalent in primary dentition, with incisors being more affected.

Dens invaginatus (DI), also known as tooth within a tooth, is a rare dental malformation found in teeth where there is an infolding of enamel into dentine. The prevalence of condition is 0.3 - 10%, affecting more males than females. The condition is presented in two forms, coronal and radicular, with the coronal form being more common.

Dens evaginatus is a rare odontogenic developmental anomaly that is found in teeth where the outer surface appears to form an extra bump or cusp.

Dentin dysplasia (DD) is a rare genetic developmental disorder affecting dentine production of the teeth, commonly exhibiting an autosomal dominant inheritance that causes malformation of the root. It affects both primary and permanent dentitions in approximately 1 in every 100,000 patients. It is characterized by presence of normal enamel but atypical dentin with abnormal pulpal morphology. Witkop in 1972 classified DD into two types which are Type I (DD-1) is the radicular type, and type II (DD-2) is the coronal type. DD-1 has been further divided into 4 different subtypes (DD-1a,1b,1c,1d) based on the radiographic features. 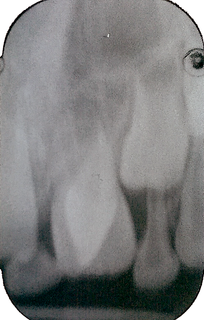 Talon Cusp is a rare dental anomaly. Generally a person with this develops "cusp-like" projections located on the inside surface of the affected tooth. Talon cusp is an extra cusp on an anterior tooth. Although talon cusp may not appear serious, it can cause clinical, diagnostic, functional problems and alters the aesthetic appeal.

Dental trauma refers to trauma (injury) to the teeth and/or periodontium, and nearby soft tissues such as the lips, tongue, etc. The study of dental trauma is called dental traumatology. 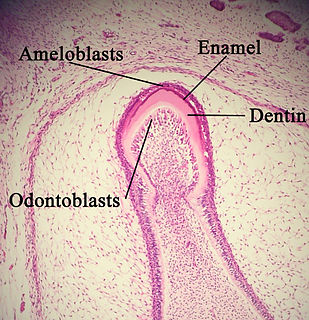 Molar incisor hypomineralisation (MIH) or chalky teeth is a type of enamel defect affecting, as the name suggests, the first molars and incisors in the permanent dentition. MIH is considered a worldwide problem and usually occurs in children under 10 years old. This developmental condition is caused by the lack of mineralisation of enamel during its maturation phase, due to interruption to the function of ameloblasts. Many factors have been suggested, such as genetics and medical problems during pregnancy, but only childhood illness, fever in particular, seems to be associated with MIH. However, further studies on the aetiology of MIH are required because it is believed to be multifactorial.