Anguilla bengalensis labiata, the African mottled eel, is a subspecies of eel in the genus Anguilla of the family Anguillidae.

The mottled eel, also known as the African mottled eel, the Indian longfin eel, the Indian mottled eel, the long-finned eel or the river eel, is a demersal, catadromous eel in the family Anguillidae. It was described by John McClelland in 1844. It is a tropical, freshwater eel which is known from East Africa, Bangladesh, Andaman Islands, Mozambique, Malawi, Sri Lanka, Sumatra, and Indonesia and recently from Madagascar. The eels spend most of their lives in freshwater at a depth range of 3–10 metres, but migrate to the Indian Ocean to breed. Males can reach a maximum total length of 121 centimetres and a maximum weight of 7,000 grams. The eels feed primarily off of benthic crustaceans, mollusks, finfish and worms.

Heyang County is a county in Shaanxi Province, China, bordering Shanxi Province to the east across the Yellow River. It is under the administration of the prefecture-level city of Weinan.

Triplophysa kashmirensis is a species of ray-finned fish found in India.

Triplophysa lacustris is a species of stone loach endemic to China. It is only found in Lake Xinyun in Yunnan. It grows to 5.6 cm (2.2 in) standard length.

Triplophysa laterimaculata is a species of stone loach endemic to the Tarim Basin, Xinjiang.

Triplophysa longipectoralis is a cave-living species of stone loach with vestigial eyes. The fish lives in clear water at temperatures below 20 °C. The holotype was caught in Xunle town, Huanjiang Maonan Autonomous County in the Liu River basin, Guangxi, China and was described by Zheng et al. in 2009.

Triplophysa marmorata is a species of ray-finned fish found in Asia. It's a scaleless inland fish that is endemic of wetlands like the Wular Lake in Jammu and Kashmir, India. Like similar species T. kashmirensis, it presents a slender caudal peduncle, but it's shorter in the case of T. marmorata. Its specimens can also be differentiated because of their shorter lateral line length. Their diet is composed of detritus, plants that coat rocks and stones, and the associated invertebrate fauna. They reach maturity after two years.

Triplophysa minuta is a species of ray-finned fish in the genus Triplophysa.

Triplophysa siluroides is a large species of stone loach, which is endemic to the upper parts of the Yellow River basin in the Chinese provinces of Qinghai, Gansu and Sichuan.

Triplophysa stenura is a species of ray-finned fish in the genus Triplophysa. It lives in swift-flowing streams and is known from the Upper Yangtze, Upper Mekong, Upper Salween and Upper Brahmaputra river drainages in China and Vietnam. Whether this apparently widespread species really is one species needs to be studied. It grows to 13.8 cm (5.4 in) SL.

The Tibetan stone loach is a species of ray-finned fish in the family Nemacheilidae. The specific name is sometimes spelled stoliczkae but the original spelling used by Steindachner is stoličkai. It is found in southern and central Asia.

Triplophysa tenuis is a species of ray-finned fish in the genus Triplophysa. 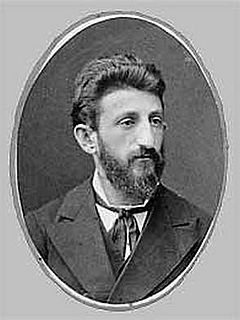