With the sales success of the Triumph Speed Twin, Edward Turner, Triumph's motorcycle designer, looked further into developing the potential of the new parallel twin motor. The lighter and more powerful Tiger 100 was developed as a sports enthusiasts' machine, and as with previous models the "100" referred to its claimed maximum speed in miles per hour (mph).

Technical changes over the Speed Twin included forged alloy pistons, a very early use of the technology. The cylinders were forged in a single casting and held in place by eight studs, instead of the Speed Twin's six. The Tiger 100 featured a single Amal carburetor, possible thanks to the 360-degree firing interval of the two cylinders. [1] Finished in silver and costing £5 more, new features included a larger fuel tank and detachable silencers. [2] Early production bikes came with rigid frames and girder front ends. The motorcycle was painted silver with black pin-striping.

The Triumph works was destroyed by German bombers on the night of 14 November 1940 - along with much of the city of Coventry bringing production of the Tiger 100 to an end until after the war.

When Triumph recovered and began production again at Meriden the Tiger 100 re-appeared with the new telescopic fork. In 1951 it gained a new close finned alloy cylinder barrel and factory race kits for independent racers. In 1953 a fully race-kitted model, the Tiger 100C, was available although only 560 were made. [4]

1954 saw the first swinging-arm rear suspension models and the Tiger 100 was developed year on year alongside the other models in the range. The Tiger was the sports bike of the Triumph marque and was extensively used for racing. Racing modification included a solo seat. 1959 was the last of the pre-units (separate engine/gearbox) and in 1960 it was completely redesigned in the new 'unit' style as the T100A. A long line of T100SS, T100C, T100R and others appeared during the sixties in the UK and export (mainly US) markets culminating in the Daytona variants which soldiered on until 1973. The historic Tiger name was revived by the new Hinckley Triumph company in 1993 (see Triumph Tiger 900 (T400)).

On 29 July 1966, Bob Dylan crashed his Tiger 100SS motorcycle on a road near his home in Woodstock, New York, throwing him to the ground. In the wake of his accident, Dylan withdrew from the public and did not tour for eight years. [5]

Ted Simon rode a police-specification 1973 Tiger 100 T100P around the world, starting that year. In his book Jupiter's Travels , he documents how the Meriden factory was undergoing a sit-in and as a result his motorcycle was hastily assembled. 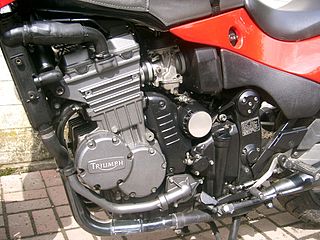 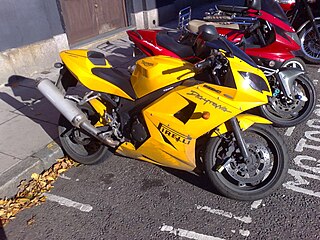 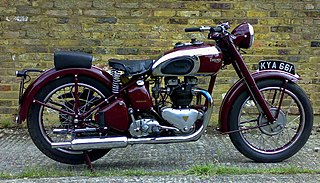 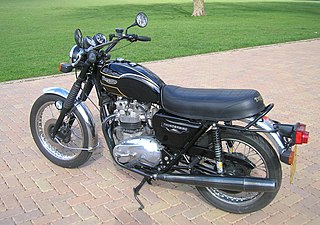 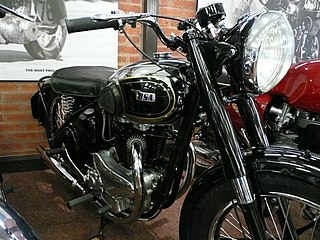 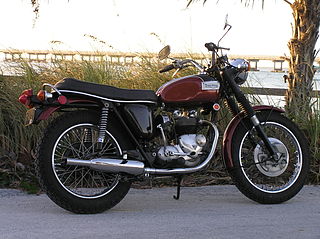 The Triumph Twenty One is a standard motorcycle made by Triumph Engineering Co Ltd in Coventry. The Model Twenty One was the first of the Triumph unit construction twin cylinder motorcycles. Rebranded as the Triumph 3TA in 1959 it continued in production until 1966 when it was survived by the Triumph T90, its sports version. 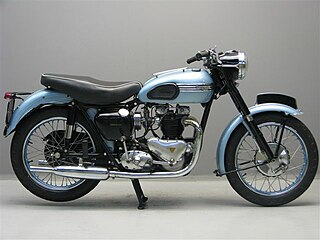 The Triumph Tiger 80 is a British motorcycle first made by Triumph from 1937. There was also a 250cc Tiger 70 and a 500cc Tiger 90. Production of the Tiger ended with the outbreak of World War II and never resumed after the Triumph works at Priory Street in Coventry were completely destroyed during The Blitz in 1940 by heavy German bombing. 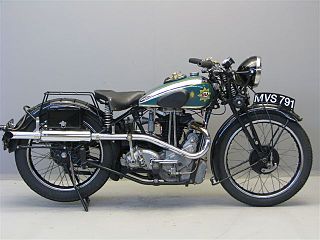 The Empire Star was a standard motorcycle made by BSA at their factory in Small Heath, Birmingham. Named to commemorate the Silver Jubilee of King George V of the United Kingdom and advertised as The Masterpiece of the Industry, the Empire Star range was produced between 1936 and 1939, when it was developed into the BSA Gold Star and World War II stopped production. 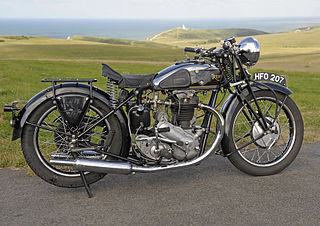 The Triumph 6/1 is a motorcycle that was made by Triumph at their Coventry factory from 1934 to 1936. Designed by Val Page, the 6/1 was the first Triumph motorcycle to use a parallel-twin engine. A sidecar-equipped 6/1 won a silver medal in the 1933 International Six Days Trial and went on to win the Maudes Trophy for 1933. The 6/1 was a commercial failure, selling fewer than 600 in two years on the market.