The mission of Troup County High School is to provide a safe environment in which individuals are respected and have the opportunity to grow and to achieve success academically, socially, emotionally, physically, and aesthetically.

THS seeks to promote a lifelong desire to learn and to use wise decision-making skills that will enable students to meet the challenges of a rapidly changing society.

THS is a public high school, primarily serving the rural portions of western and southwestern Troup County. Center and Rosemont High Schools closed to form Troup High in 1956. The present facility was built in 1986.

Troup High meets accreditation standards for the state of Georgia as well as the Southern Association of Colleges and Schools. Students are enrolled in one of eight programs of study. Troup High serves 1,300 students, 98% of whom are in attendance each day. The school employs 92 certified personnel who have an average of 24.8 years of experience.[ citation needed ]

In addition to the many teams available for student athletes, Troup High has an athletic complex with men's and women's locker areas and a newly equipped weight room for use by all athletes. Some Troup High graduates who have entered the professional athletic field give donations for the upkeep of said facilities.

The Tiger Den gymnasium provides students with a large gym for practice and competition. Inside the gym are practice areas for volleyball, cheerleading, basketball, and wrestling.

Troup High also offers fields for baseball and softball competition, and a practice field for football and soccer. An indoor hitting facility will soon be completed near the baseball/softball fields for use by the softball and baseball teams.

Troup High School's wrestling team won nine state championships under the tutelage of Coach Dariel Daniel. Daniel's teams never finished worse than third in the state during his tenure. He left after the 2002 season and started coaching and teaching in Allen, Texas. He moved back to LaGrange after his retirement. Daniel died on November 19, 2013.[ citation needed ]

The Troup High Tiger Marching Band, also known as The Pride of Troup County, is currently under the direction of director Logan Huerta. Huerta is an alumnus of Troup High, and graduated from Auburn University. The band has been locally recognized many times. The marching band performs at all home and away football games, as well as the LaGrange and West Point Christmas Parades. The band has performed in the Washington D.C. Cherry Blossom Parade and the New York City Saint Patrick's Day Parade. Most band members take part in the symphonic band during the spring season.

Troup High is locally noted for the productions of its theater department. Under the direction of Noel Jordan, it has been hailed as professional and impressive.[ by whom? ] The usual theater season contains three shows, one of which is a musical. Actor Elijah Kelley is a product of the direction of the THS Drama Department.

The choral department, directed by Kathy Kirby, usually also gives three concerts, with the main attraction being the Spring Show.

All of these groups perform in the Fine Arts Auditorium, constructed in 2002, which can seat about 900. The local SPLOST funded this building. 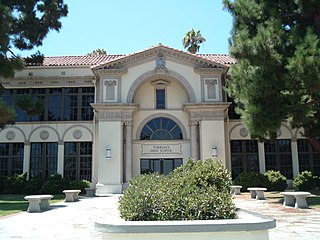 Torrance High School is a high school located in Torrance, California. Founded in 1917, it is one of the oldest high schools in continuous use in California and is the oldest of the four high schools in the Torrance Unified School District. Four of its buildings are listed on the U.S. National Register of Historic Places. 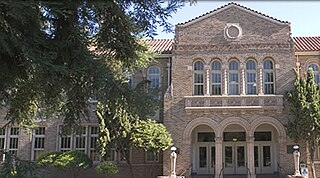 Turlock High School (THS) is a comprehensive high school located in Turlock, in the heart of the northern San Joaquin Valley in the U.S. state of California. It is a 40+ acre campus, in the midst of a long established residential neighborhood, consisting of 133 classrooms positioned in and around an array of athletic, agricultural, business, and vocational complexes. It is situated in a transitional agrarian/suburban community and serves two public elementary school districts in addition to a number of private and parochial schools that exist in the surrounding area. The community's economy is based primarily on agriculture and related industry; it is a community of professionals employed by the local university, Medic Alert, Emanuel Hospital, Foster Farms, and a myriad of corporations based in Modesto. 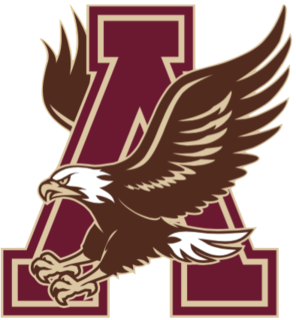 Astronaut High School is located in Brevard County, in the city of Titusville, Florida, United States. It is part of the Brevard County School District. The school's name comes from its location, near the Kennedy Space Center, and is not an actual school for astronauts. The school was built in 1972. The school's motto is "pride in community, passion in learning". The current principal is Krista Miller.

Montgomery Catholic Preparatory School (MCPS) is a K-12 Catholic school in Montgomery, Alabama on three campuses. It is governed by the Roman Catholic Archdiocese of Mobile.

The Colony High School (TCHS) is a public high school located in the city of The Colony, Texas, USA and classified as a 5A school by the UIL. It is a part of the Lewisville Independent School District located in southeastern Denton County. In 2015, the school was rated "Met Standard" by the Texas Education Agency.

North Clayton High School is a four-year public high school located in College Park, Georgia, United States. It is part of the Clayton County Public Schools. The school was created in 1937 as Flat Rock School, serving 44 students in grades 8–10 with eight teachers. Grades 11 and 12 were added the following year, and the school was given its current name. 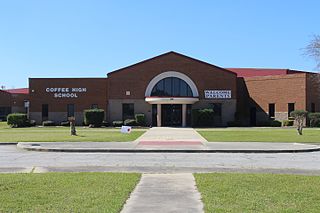 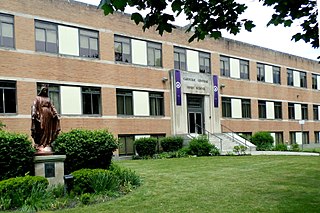 LaGrange High School, located in LaGrange, Georgia, United States, is a public secondary school serving around 1300 students in the Troup County school system. Founded in 1903, the school is notable for producing several collegiate and professional athletes and was the national champion football team in 1991. 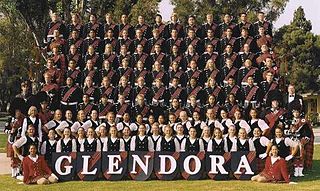 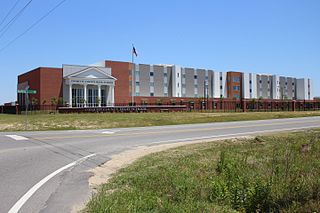 Colquitt County High School (CCHS) is a public high school located in unincorporated Colquitt County, Georgia, United States, near Moultrie and with a Norman Park postal address; it has a student body averaging 1,700. The school is part of the Colquitt County School District, which serves the whole county.

Earl Wooster High School , or Wooster High School (WHS), is a public secondary school in Reno, Nevada that is a part of the Washoe County School District. Its mascot is the Colt and the school colors are scarlet, white, and silver. As of the 2010 school year, Wooster was ranked 177th on Newsweek magazine's list of the 1500 best U.S. high schools. It is currently part of the International Baccalaureate program.