The Uere River, also spelled Were River is a river in the Democratic Republic of the Congo. It originates near the border with Sudan and flows west to join the Uele River.

The Uchinoura Space Center is a space launch facility in the Japanese town of Kimotsuki, Kagoshima Prefecture. Before the establishment of the JAXA space agency in 2003, it was simply called the Kagoshima Space Center (鹿児島宇宙空間観測所) (KSC). All of Japan's scientific satellites were launched from Uchinoura prior to the M-V launch vehicles being decommissioned in 2006. It continues to be used for suborbital launches, and has also been used for the Epsilon orbital launch vehicle. Additionally, the center has antennas for communication with interplanetary space probes.

Niobium nitride is a compound of niobium and nitrogen (nitride) with the chemical formula NbN. At low temperatures NbN becomes a superconductor, and is used in detectors for infrared light. 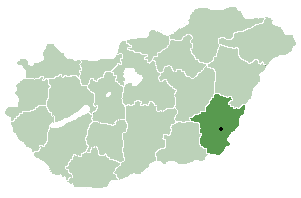 Csanádapáca is a village in Békés County, in the Southern Great Plain region of south-east Hungary.

Alpine lakes are classified as lakes at high altitudes, usually starting around 10,000 feet in elevation above sea level or above the tree line. 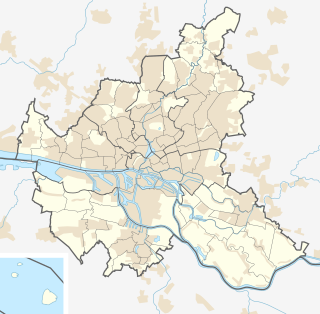 Heiligengeistfeld is an area of Hamburg in the St. Pauli quarter. The Hamburger Dom funfair has been held there since 1893. When the area is not used for exhibitions, circuses or the Dom it is a car park. A building from German Telekom, a swimming complex, Millerntor-Stadion, a school, a patrol station, a World War II building and a supermarket are permanent structures on the field. 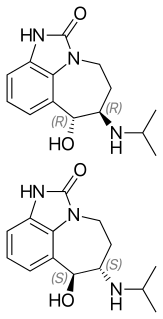 Zilpaterol is a β2 adrenergic agonist. Under its trade name, Zilmax, it is used to increase the size of cattle and the efficiency of feeding them. Zilmax is produced by Intervet, a subsidiary of Merck & Co., and marketed as a "beef-improvement technology". Zilpaterol is typically fed in the last three to six weeks of cattle's lives, with a brief period before death for withdrawal, which allows the drug to mostly leave the animal's tissues.

Tufilândia is a municipality in the state of Maranhão in the Northeast region of Brazil.

Tapurah is a municipality in the state of Mato Grosso in the Central-West Region of Brazil.

Slivnica is a village in the municipality of Vranje, Serbia. According to the 2002 census, the village has a population of 143 people.

Nati' District is a district of the Al Bayda Governorate, Yemen. As of 2003, the district had a population of 13,604 inhabitants.

Idoxifene, also known as pyrrolidino-4-iodotamoxifen, is a nonsteroidal selective estrogen receptor modulator (SERM) of the triphenylethylene group which was under development for the treatment of breast cancer and postmenopausal osteoporosis but was never marketed. It reached phase III clinical trials for postmenopausal osteoporosis and phase II clinical trials for breast cancer before development was discontinued in 1999 due insufficient effectiveness in both cases.

Quài Tở is a commune (xã) and village of the Tuần Giáo District of Điện Biên Province, northwestern Vietnam.

Wichenstein Castle is a castle in the municipality of Oberriet of the Canton of St. Gallen in Switzerland. It is a Swiss heritage site of national significance.

Yeşilyayla is a village in the District of Korkuteli, Antalya Province, Turkey.

A folly fort or just folly is a specific type of fort built in shallow water, near the shore, in the second half of the 19th century. The main characteristic of a folly fort was that it was built on the water, very close to the edge, very small, and exclusively for military defense with no intention of being used as normal living quarters. They were really defense fortifications rather than what were called "forts" at the time, which were on land and much larger.

Toogoom is a coastal town and rural locality in the Fraser Coast Region, Queensland, Australia. At the 2016 census, Toogoom had a population of 2,178.

The Bomokandi River is a river in the Congo Basin in the Democratic Republic of the Congo. The Bomokandi originates in the mountains in eastern province of Nord-Ubangi and flows west to join the Uele River, close to the town of Dingila.

Kosmos 2527 is a Russian military satellite launched in 2018 as part of the GLONASS satellite navigation system.

NGC 2527 is an open cluster in the constellation Puppis. It was discovered by William Herschel on December 9, 1784. The cluster was also observed by John Herschel on January 7, 1831. He also observed it on February 5, 1837, identifying it as a different object, which was catalogued as NGC 2520. It is a poor cluster and with no central concentration, with Trumpler class III1p.