Ujjain Simhastha is a Hindu religious mela held every 12 years in the Ujjain city of Madhya Pradesh, India. The name is also transliterated as Sinhastha or Singhastha. In Hindi, the fair is also called Simhasth or Sinhasth (due to schwa deletion). The name derives from the fact that it is held when the Jupiter is in Leo (Simha in Hindu astrology).

It is one of the four fairs traditionally recognized as Kumbha Melas, and is also known as Ujjain Kumbh Mela. According to Hindu mythology, Vishnu dropped drops of amrita (the drink of immortality) at four places, while transporting it in a kumbha (pot). These four places, including Ujjain, are identified as the present-day sites of the Kumbh Mela."Kumbh" in its literal English translation means "Pot", which emerged from "Samudra Manthan"(Churning of the Ocean) between Gods and Demons. The term ‘Mela‘ signifies’Fair‘.

The Simhastha at Ujjain is an adaptation of the Nashik-Trimbak Simhastha fair to a local festival of uncertain origin. In its current form, it began in the 18th century when the Maratha ruler Ranoji Shinde invited ascetics from Nashik to Ujjain's local festival. Both Ujjain and Nashik fairs adopted the Kumbha myth from the Haridwar Kumbh Mela. The Simhastha at Ujjayini pays special reverence to the temple of Mahakaleshwar Jyotirlinga, which is the abode of Lord Shiva's Swayambhu lingam. A river-side festival, it is celebrated on the banks of Shipra river. The fair attracts millions of pilgrims. [1]

The Ujjain Simhastha is held once in 12 years, when the Jupiter is in Leo (Simha in Hindu astrology). The main snana (bathing ritual) happens on the full moon day in Vaisakha month of the Hindu calendar (April–May). [2]

The Ujjain Simhastha started in the 18th century as an adaptation of the Nashik-Trimbakeshwar Simhastha. The Khulasat-ut-Tawarikh (1695 CE) is the earliest extant text that mentions the term "Kumbh Mela". [3] The book mentions Ujjain as a very sacred place in its description of the Malwa Subah. However, it does not mention any fair at Ujjain, although it mentions the melas at Haridwar (an annual mela and a Kumbh Mela every 12 years), Prayag (an annual mela in Magh) and Trimbak (a mela held every 12 years when Jupiter enters Leo). [4] Like the fairs at Prayag (Allahabad) and Nashik, the Ujjain mela was not called a "Kumbh Mela" until the 19th century: that term was originally used only for the Haridwar fair. [5]

In 1789, after a clash between Shaivite sanyasis and Vaishnavite bairagis at Trimbak, the Maratha Peshwa ordered the two groups to bathe at separate places. The Peshwa also imposed this rule on the next Ujjain Simhastha: the sanyasis would bathe on the one side of the Shipra river, the bairagis on the other. [6] [3]

During the British rule, the Ujjain Simhastha was the only Kumbh Mela organized in a princely state. While Haridwar, Prayag and Trimbak-Nashik were part of the territories directly ruled by the British, Ujjain was part of the Gwalior State ruled by the Scindia (Shinde) dynasty. During this time, the Scindias financed half of the event's expenses. [1]

At the 1826 fair in Ujjain, a sectarian conflict took place between the Saivite Gosains and the Vaishnavite Bairagis. The Gosains, who started the clash, were defeated. [7] Their monasteries and temples were plundered by the Bairagis, who were assisted by the local Marathas. [8]

The militarized sadhus were disarmed during the British era. An 1850 British account mentions that the administrators of Ujjain sought British military help to prevent violence between Gosains and Bairagis. In response, two companies of the Gwalior Infantry were deployed in Ujjain under the command of Captain Macpherson. A fenced barrier was constructed in the middle of the shallow river so that the two groups could bathe independently of each other instead of fighting over ceremonial precedence. One hundred Brahmins were positioned along to fence to assist the sadhus in their ablutions. Macpherson deployed his troops throughout the city, on the bathing ghats and in the temple balconies. He convinced the Saivites to conclude their bathing rituals in morning, before the arrival of much larger and more powerful Vaishanavite group. As a precaution, he also deployed heavy guns along the river to curb any potential violence. There was a dispute between two Vaishnavite sub-groups, which was resolved by Macpherson without violence. [8]

The 1992 Simhastha, which preceded the demolition of the Babri Masjid, is noted for Ram Janmabhoomi campaign. Bharatiya Janata Party (BJP) leader Vijaya Raje Scindia was President of the fair's organizing committee. Around 10 million pilgrims visited Ujjain during 17 April - 16 May. During this time, annual sessions of Bajrang Dal and Durga Vahini's Madhya Bharat branch were held in Ujjain. Satyamitranand Giri "re-converted" some 100 tribals to Hinduism at the Durga Vahini session. A Sanskrit Sammelan presided over by Karan Singh attracted several Hindu nationalists. Avaidyanath presided over a Sant Sammelan ("gathering of sants"), in which he declared that his movement was committed to the construction of a temple in Ayodhya. Vishwa Hindu Parishad (VHP) leader Ashok Singhal requested all sadhus to spend the chaturmas (July–October) in Ayodhya in order to exert pressure on the Government. Some individuals, such as Swami Yogeshwar Videhi Hariji, objected to the politicization of the Mela, but were isolated. [1]

The 2016 Ujjain Simhastha was organized between 22 April and 21 May. According to the state's Transport Minister Bhoopendra Singh, nearly 75 million people visited the fair during this one-month period. [10]

Kumbh Mela or Kumbha Mela is a major pilgrimage and festival in Hinduism. It is celebrated in a cycle of approximately 12 years, to celebrate every revolution Brihaspati completes, at four river-bank pilgrimage sites: the Allahabad (Prayagraj), Haridwar (Ganges), Nashik (Godavari), and Ujjain (Shipra). The festival is marked by a ritual dip in the waters, but it is also a celebration of community commerce with numerous fairs, education, religious discourses by saints, mass feedings of monks or the poor, and entertainment spectacle. The seekers believe that bathing in these rivers is a means to prāyaścitta for past mistakes, and that it cleanses them of their sins. 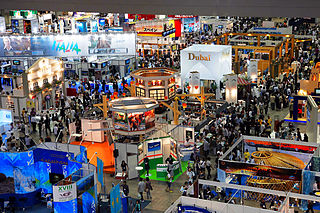 A fair is a gathering of people for a variety of entertainment or commercial activities. It is normally of the essence of a fair that it is temporary with scheduled times lasting from an afternoon to several weeks.

Sadhu, also spelled saadhu, is a religious ascetic, mendicant or any holy person in Hinduism and Jainism who has renounced the worldly life. They are sometimes alternatively referred to as yogi, sannyasi or Bairagi.

Ujjain is a city in Ujjain district of the Indian state of Madhya Pradesh. It is the fifth largest city in Madhya Pradesh by population and is the administrative centre of Ujjain district and Ujjain division. It is one of a Hindu pilgrimage centre of Sapta Puri with famous for the Kumbh Mela held here every 12 years. The famous temple of Mahakaleshwar Jyotirlinga is also located in the center of the city. An ancient city situated on the eastern bank of the Kshipra River, Ujjain was the most prominent city on the Malwa plateau of central India for much of its history. It emerged as the political centre of central India around 600 BCE. It was the capital of the ancient Avanti kingdom, one of the sixteen mahajanapadas. It remained an important political, commercial and cultural centre of central India until the early 19th century, when the British administrators decided to develop Indore as an alternative to it. Ujjain continues to be an important place of pilgrimage for Shaivites, Vaishnavites and followers of Shakta.

Mela is a Sanskrit word meaning "gathering" or "to meet" or a "fair". It is used in the Indian subcontinent for all sizes of gatherings and can be religious, commercial, cultural or sport-related. In rural traditions melas or village fairs were of great importance. This led to their export around the world by South Asian diaspora communities wishing to bring something of that tradition to their new countries.

Dashanami , also known as the Order of Swamis, is a Hindu monastic tradition of "single-staff renunciation" generally associated with the Vedanta tradition and organized in its present form by 8th-century theologian Adi Shankara. 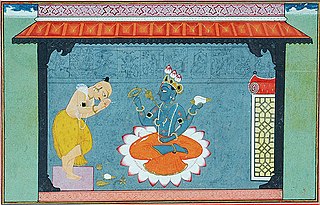 The Ramanandi, also known as the Bairagis or the Ramavats, are a branch of the Vaishnava Sri Sampradaya of Hinduism. They mainly emphasizes the worship of Rāma, as well as Vishnu directly and other incarnations.

Trimbak is a city and a municipal council in Nashik District in the Indian state of Maharashtra. The Trimbakeshwar Shiva Temple is located here, one of the twelve Jyotirlingas, where the Hindu genealogy registers at Trimbakeshwar, Maharashtra are kept. The origin of the sacred Godavari river is near Trimbak.

Akhara or Akhada is an Indian word for a place of practice with facilities for boarding, lodging and training, both in the context of Indian martial artists or a sampradaya monastery for religious renunciates in Guru–shishya tradition. For example, in the context of the Dashanami Sampradaya sect, the word denotes both martial arts and religious monastic aspects of the trident wielding martial regiment of name="Lochtefeld2002"/>

The Akhil Bharatiya Akhara Parishad, one of the organizations of Hindu Sants (saints) and sadhus (ascetics) in India. The ABAP is composed of 14 akharas, or organisations of Hindu sants and sadhus. Nirmohi Akhara and Shri Dattatreya Akhara are two of the prominent akharas which are part of it.

Baba Rampuri, born William A. Gans, also known as Baba Ram Puri -ji is an American born Sadhu. He claims to be the first westerner to become a Naga Sadhu, having been initiated in 1970. He is the author of the 2010 Destiny Books published book Autobiography of a Sadhu: A Journey into Mystic India, originally published in 2005 by Harmony/Bell Tower as Baba: Autobiography of a Blue-Eyed Yogi, and now released by Amarpuri Wellness in 2016 as Autobiography of a Sadhu: An Angrez among Naga Babas which has also been translated into German, Russian, Czech, Croatian, and Serbian. He was initiated into the religious order the Naga Sannyasis after traveling to India on a spiritual quest from his native California in 1969, at the age of 18. Like many Sadhus, he has stopped using his birth name since his initiation, refuses to give it, and is unwilling to talk about his past. He is Shri Mahant at Shri Panch Dashnam Juna Akhara. 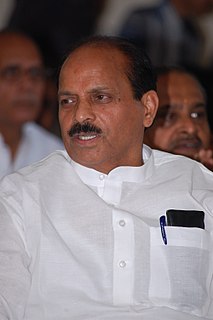 Paras Chandra Jain is a former Cabinet Minister of Energy and New & Renewable Energy in Government. He represents Ujjain North constituency in Madhya Pradesh Assembly, He is a Member of the Legislative Assembly from same constituency since 1990 to 1998 & 2003 to present.

Shri Adinath Akhara, is an ashram dedicated to Shiva. It is situated 1.5 km from the Buxar railway station at the confluence of the Ganga (गंगा) and Sone (सोन) canals.

The Kumbh Mela at Haridwar is a mela held every 12 years at Haridwar, India. The exact date is determined according to Hindu astrology: the Mela is held when Jupiter is in Aquarius and the Sun enters Aries.

Nashik-Trimbakeshwar Simhastha is a Hindu religious mela held every 12 years in the Nashik district of Maharashtra, India. The name of the festival is also transliterated as Sinhastha or Singhastha. It is one of the four fairs traditionally recognized as Kumbha Melas, and is also known as Nashik-Trimbak Kumbha Mela or Nashik Kumbha Mela.

The Prayag Kumbh Mela is a Hindu festival mela held at Prayag Triveni Sangam – the meeting points of three rivers: the Ganga, the Yamuna and the mythical Sarasvati – in Allahabad, India. The festival is marked by a ritual dip in the waters, but it is also a celebration of community commerce with numerous fairs, education, religious discourses by saints, mass feedings of monks or the poor, and entertainment spectacle. Approximately 50 and 30 million people attended the Allahabad Ardh Kumbh Mela in 2019 and Maha Kumbh Mela in 2013 respectively to bathe in the holy river Ganges, making them the largest peaceful gathering events in the world.

The culture of the city of Nashik, in northwestern Maharashtra, is centred around Hindu customs and festivals, and the Jain Statue of Ahimsa. 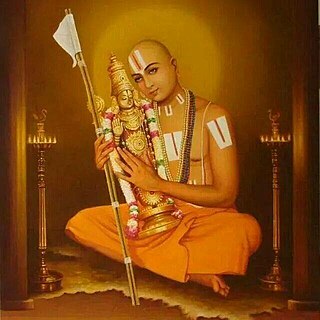