"Un'emozione per sempre" is a song recorded by Italian singer Eros Ramazzotti and released in May 2003 as the lead single from his studio album 9 . The song was written by Ramazzotti, Claudio Guidetti, Maurizio Fabrizio and Adelio Cogliati, and it was produced by Ramazzotti and Guidetti. [1]

The single became a commercial success, reaching the top spot of the charts in Italy and Switzerland, and entering the charts in several other European countries. The single was also certified platinum in Italy, with domestic sales exceeding 60,000 units. [2] The Spanish-language version of the song, recorded by Ramazzotti himself and titled "Una emoción para siempre", peaked at number five on the US Billboard Latin Songs chart.

The single's accompanying music video, directed by Martin Weisz, [3] received a nomination for Best Videoclip at the Italian Music Awards in October 2003. [4]

"Un'emozione per sempre" is a love song, dealing with the feelings of somebody who is facing the end of a relationship and describing the emotions that the lovestory leaves in his life. Il Corriere della Sera's Mario Luzzatto Fegiz described the song as "a sunny and catchy tune, in Ramazzotti's typical style", in which he sings about a man that, despite his instinct to use bitter and painful words with his former partner, prefers to remember the happy moments he lived during the relationship. [5]

Ramazzotti, who had separated a few months earlier from Swiss televeision hostess and model Michelle Hunziker, denied the song was inspired by his personal life, claiming it was written before the end of his marriage, and initially recorded as an unreleased demo by Italian singer Alex Baroni, shortly before the end of the relationship between Baroni and fellow singer Giorgia. [6]

The front cover of the single features a photograph by Fabrizio Ferri, showing Ramazzotti's shoulders and highlighting the tattoo on the back of his neck, representing some Japanese ideographs meaning "Michelle", the name of his former wife, Michelle Hunziker. Hunziker denied speculations that the tattoo was an attempt by Ramazzotti to reconquer her love, claiming it was made before the beginning of their sentimental crisis. [6] [7]

Eros Walter Luciano Ramazzotti is an Italian musician, singer and songwriter. Ramazzotti is popular in Italy and most European countries, and throughout the Spanish-speaking world, as he has released most of his albums in both Italian and Spanish. 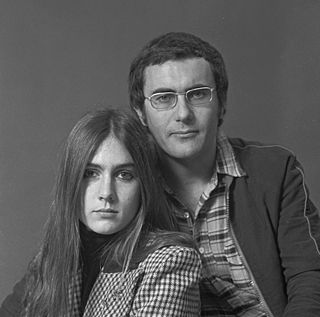 Al Bano and Romina Power are an Italian pop music duo formed in 1975 by then-married couple Albano Carrisi and Romina Power. They were highly successful in Italy and mainland Europe throughout the 1980s and the early 1990s. Their best known international hits include "Felicità", "Sharazan", "Tu, soltanto tu ", "Ci sarà", "Sempre sempre", and "Libertà!". The duo primarily recorded in Italian but have also released a great number of records in Spanish and French. They participated twice in Eurovision Song Contest to a moderate success and performed five times at Sanremo Music Festival, winning in 1984 with the song "Ci sarà". The couple also shot seven films, based on their songs, between 1967 and 1984. The two separated and divorced in 1999, but reunited professionally in 2013. 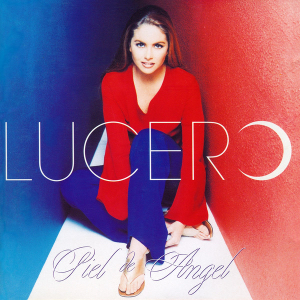 Piel de Ángel is the thirteenth album from Mexican pop music singer and actress Lucero. It was released in 1997.

The Festivalbar was an Italian singing competition that took place in the most important Italian squares during summer, such as the Piazza del Duomo, Catania or Piazza Bra, Verona. The first edition took place in 1964 and was broadcast by RAI. The competition was held throughout the summer and the final round always took place at the Arena in Verona after 3-4 events in various cities of Italy. 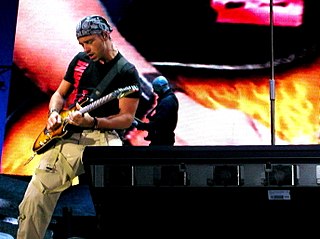 This is the discography of Eros Ramazzotti. Since 1984, Ramazzotti has released 11 studio albums including one EP, four international compilation albums, three live albums as well as 37 singles, all of which have charted noticeably high in many European countries as well as in South and Central America. Ramazzotti has sold over 60 million records in his 30 years of career. The Italian star has done duets with several prestigious artists such as Cher, Tina Turner, Andrea Bocelli, Patsy Kensit, Anastacia, Joe Cocker, Luciano Pavarotti, Laura Pausini, and Ricky Martin. 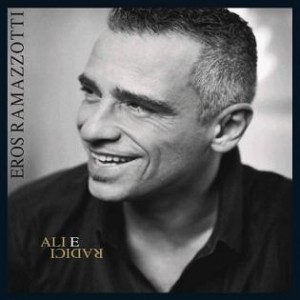 "Parla con me" is a 2009 song by Italian singer-songwriter Eros Ramazzotti and the first single released from his eleventh studio album Ali e radici. The track was co-written and produced by Claudio Guidetti and Adelio Cogliati, who also wrote previous hits for Eros, including "Cose della vita", "Un'altra te", etc.

Nuovi eroi is the second album by Italian pop/rock singer Eros Ramazzotti, produced by Piero Cassano and released in 1986 on the BMG label.

In certi momenti is the third album by Italian pop/rock singer Eros Ramazzotti, produced by Piero Cassano and released in 1987 on the BMG label.

In ogni senso is the fifth album by Italian pop/rock singer Eros Ramazzotti, produced by Piero Cassano and released on April 10, 1990, on the BMG label. In ogni senso topped the Italian Albums chart and was Ramazzotti's most successful album internationally to that point, also reaching #2 in Europe's second-largest music sales market, Germany. Backing vocals on several tracks were recorded in London with renowned English-based session singers including Jimmy Helms, Katie Kissoon, Carol Kenyon and Tessa Niles. 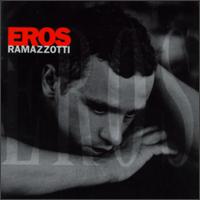 9 is the ninth studio album by Italian pop-rock singer Eros Ramazzotti, released in June 2003 on the BMG label. Lead single "Un'emozione per sempre" topped the charts in Italy, Switzerland and Spain. 9 went to #1 on the Italian Albums chart, where it remained for 14 weeks; with sales of 760,000, it was the best-selling album of 2003 in Italy.

Completamente Enamorados is a ballad written by Adelio Cogliati, Piero Cassano and Eros Ramazzotti. Originally titled "Un Nuovo Amore", the song was performed by Italian singer-songwriter Ramazzotti in his second album Nuovi eroi, released in 1986. Two years later the song was re-recorded in Spanish on the Spanish language version of his album Música Es, released in 1988. Two years later it was covered by Puerto Rican singer Chayanne, and this version was released as the first single of his album Tiempo de Vals (1990). The song peaked at number one in the Billboard Hot Latin Tracks chart in late 1990 and was nominated for Pop Song of the Year at the Lo Nuestro Awards.

The discography of the Sanremo Music Festival winners includes all the winning singles of the annual Festival della Canzone Italiana, an Italian song contest better known as the Sanremo Music Festival, held in the Ligurian city of the same name since 1951 and broadcast by RAI. As of 2021, the Festival has awarded 71 songs, but from 1953 to 1955, from 1957 to 1971, in 1990 and in 1991, each entry was performed by two different acts, resulting in two different releases for each winning song, for a total of 91 singles.

Perfetto is the thirteenth studio album by Italian singer-songwriter Eros Ramazzotti, released by Universal Music on 12 May 2015.

"Più bella cosa" is an Italian language song written by singer Eros Ramazzotti, with Claudio Guidetti, Maurizio Fabrizio and Adelio Cogliati, and performed by Ramazzotti in February 1996, as a first single and pre-release from his album Dove c'è musica that came out on May 13 of that year.