Under the Blood Red Sun

Under the Blood Red Sun is a historical novel by Graham Salisbury, published in 1995. An award-winning feature film by Japanese-American director Tim Savage and produced by Dana Satler Hankins, from a screenplay by Salisbury, was released in 2014.

The novel details the adventure of Tomi, a Japanese-American boy, and his family during World War II, when Americans of Japanese descent were being sent to internment camps. Tomi lives in Hawaii, and witnesses the shocking attack on Pearl Harbor. The story centers on the racist persecution of Tomi's family by others, the government's suspicion of the Japanese, and the family's efforts to downplay their Japanese heritage. [1] He is joined by his haole or white friend, Billy, when his father and grandfather are captured and brought to a prison camp. Their friend Sanji (age 19) is killed and Tomi's dad is shot in the leg. Tomikazu Nakaji is determined to be an American. This is not easy for though he was born in Hawaii, his parents and grandfather were not; they were born in Japan and they still cling to Japanese ways. In fact Tomi's grandfather still insists that he is "Japanese" and he and Tomi's parents still talk about the need to honor the family. Tomi must never do anything which would bring "shame" to the family. However, Tomi knows that no matter what happens Billy and the others will stand by him. And, of course, there is always baseball. [2]

The cast of the 2014 film adaptation includes actors Kyler Ki Sakamoto, Kalama Epstein, Dann Seki, Autumn Ogawa, Wil Kahele, and Chris Tashima, as well as a cameo appearance by Graham Salisbury. [3] The film won numerous awards on the film festival circuit including the Spirit Award at the International Family Film Festival. [4] It is currently available on iTunes and Amazon, and on Blu-ray and DVD.

1994 - Books in the Middle: Outstanding Book for the Middle School Reader

1995 - Library of Congress: Notable Children's Book of the Year

1995 - The Family Channel Seal of Quality 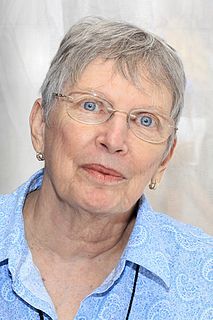 Lois Lowry is an American writer. She is the author of several books for children and young adults, including The Giver Quartet,Number the Stars, and Rabble Starkey. She is known for writing about difficult subject matters, dystopias, and complex themes in works for young audiences.

Katherine Womeldorf Paterson is a Chinese-born American writer best known for children's novels, including Bridge to Terabithia. For four different books published 1975-1980, she won two Newbery Medals and two National Book Awards. She is one of four people to win the two major international awards; for "lasting contribution to children's literature" she won the biennial Hans Christian Andersen Award for Writing in 1998 and for her career contribution to "children's and young adult literature in the broadest sense" she won the Astrid Lindgren Memorial Award from the Swedish Arts Council in 2006, the biggest monetary prize in children's literature. Also for her body of work she was awarded the NSK Neustadt Prize for Children's Literature in 2007 and the Laura Ingalls Wilder Medal from the American Library Association in 2013. She was the second U.S. National Ambassador for Young People's Literature, serving 2010 and 2011.

Cynthia Rylant is an American author and librarian. She has written more than 100 children's books, including works of fiction, nonfiction, and poetry. Several of her books have won awards, including her novel Missing May, which won the 1993 Newbery Medal, and A Fine White Dust, which was a 1987 Newbery Honor book. Two of her books are Caldecott Honor Books.

The Face on the Milk Carton is a young adult mystery novel written by author Caroline B. Cooney that was first published in 1990. The first in the five-part Janie Johnson series, it was later adapted into a film for television. The book is about a 15-year-old girl named Janie Johnson, who starts to suspect that her parents may have kidnapped her and that her biological parents are somewhere in New Jersey. These suspicions come after Janie recognizes a picture of herself on a milk carton under the heading "Missing Child." Janie's life gets more stressful as she tries to find the truth while hiding the secret from her parents.

Thomas Sterling North, who used Sterling North professionally, was an American writer. He is best known for the children's novel Rascal, a bestseller in 1963.

Graham Salisbury is an American children's writer. His best known work is Under the Blood Red Sun, a historical novel that features a Japanese-American boy and his family during World War II. Under the name Sandy Salisbury he was a pop musician in the late 1960s, notably with The Millennium. 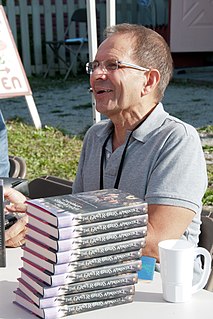 Allan Stratton is a Canadian playwright and novelist.

Todd Strasser is an American writer of more than 140 young-adult and middle grade novels and many short stories and works of non-fiction, some written under the pen names Morton Rhue and T.S. Rue.

Milton Atsushi Murayama was an American novelist and playwright. A Nisei, he wrote the 1975 novel All I Asking for Is My Body, which is considered a classic novel of the experiences of Japanese Americans in Hawaii before and during World War II.

Sharon Mills Draper is an American children's writer, professional educator, and the 1997 National Teacher of the Year. She is a five-time winner of the Coretta Scott King Award for books about the young and adolescent African-American experience. She is known for her Hazelwood and Jericho series, Copper Sun,Double Dutch, Out of My Mind and Romiette and Julio.

Smile is an autobiographical graphic novel written by Raina Telgemeier. It gives an account of the author's life from sixth grade to high school. The book originated as a webcomic, which was serialized on Girlamatic.

Tomi Adeyemi is a Nigerian-American novelist and creative writing coach. She is known for her novel Children of Blood and Bone, the first in the Legacy of Orïsha trilogy published by Henry Holt Books for Young Readers, which won the 2018 Andre Norton Award for Young Adult Science Fiction and Fantasy, the 2019 Waterstones Book Prize, and the 2019 Hugo Lodestar Award for Best Young Adult Book. In 2019, she was named to the Forbes 30 Under 30 list. In 2020, she was named to the TIME 100 Most Influential People of 2020 in the "Pioneers" category.

Children of Blood and Bone is a 2018 young adult fantasy novel by Nigerian-American novelist Tomi Adeyemi. The book, Adeyemi's debut novel and the first book in a planned trilogy, follows heroine Zélie Adebola as she attempts to restore magic to the kingdom of Orïsha, following the ruling class kosidáns' brutal suppression of the class of magic practitioners Zélie belongs to, the maji.

Trudy Krisher is an American author of young adult novels, children's books, a college textbook, and a scholarly biography. She is a former professor of liberal arts in Dayton, Ohio.