Last updated July 22, 2021
1940s–90s former colonies administered by mostly Western countries under UN mandate
Not to be confused with List of territories governed by the United Nations.

All trust territories have either attained self-government or independence. The last was Palau, formerly part of the Trust Territory of the Pacific Islands, which became a member state of the United Nations in December 1994.

All these territories previously were League of Nations mandates.

These territories were also former League of Nations mandates. 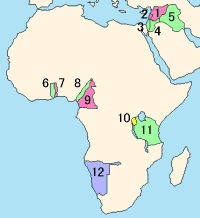 A League of Nations mandate was a legal status for certain territories transferred from the control of one country to another following World War I, or the legal instruments that contained the internationally agreed-upon terms for administering the territory on behalf of the League of Nations. These were of the nature of both a treaty and a constitution, which contained minority rights clauses that provided for the rights of petition and adjudication by the Permanent Court of International Justice. 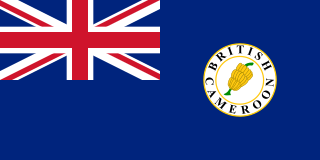 Decolonization or decolonisation is the undoing of colonialism, the latter being the process whereby a nation establishes and maintains its domination of foreign territories. The concept particularly applies to the dismantlement, during the second half of the 20th century, of the colonial empires established prior to World War I throughout the world. Some scholars of decolonization focus especially on the movements in the colonies demanding independence, such as Creole nationalism.

The Treaty of Peace with Italy was signed on 10 February 1947 between Italy and the victorious powers of World War II, formally ending hostilities. It came into general effect on 15 September 1947.

Italian Somaliland, was a colony of the Kingdom of Italy in present-day Somalia. Ruled in the 19th century by the Somali Sultanates of Hobyo and Majeerteen in the north, and the Hiraab Imamate and Geledi Sultanate in the south, the territory was acquired in the 1880s by Italy through various treaties.

The decolonisation of Africa took place in the mid-to-late 1950s to 1975, with sudden and radical regime changes on the continent as colonial governments made the transition to independent states. The process was often quite disorganised, and marred with violence, political turmoil, widespread unrest, and organised revolts in both northern and sub-Saharan countries including the Algerian War in French Algeria, the Angolan War of Independence in Portuguese Angola, the Congo Crisis in the Belgian Congo, the Mau Mau Uprising in British Kenya, and the Nigerian Civil War in the secessionist state of Biafra.

French Togoland was a French colonial League of Nations mandate from 1916 to 1960 in French West Africa. In 1960 it became the independent Togolese Republic, and the present day nation of Togo. 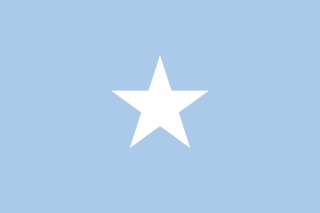 The Italian colonial empire, known as the Italian Empire between 1936 and 1943, began in Africa in the 19th century. By 1936 it comprised the colonies, protectorates, concessions and dependencies of the Kingdom of Italy. In Africa, the colonial empire included the territories of present-day Libya, Somalia, Ethiopia and Eritrea. Outside Africa, Italy possessed the Dodecanese Islands off the coast of Turkey and a small concession in Tianjin in China. Albania was a protectorate from 1917 to 1920 and from 1925 to 1939, when it was invaded and forced into a personal union with the kingdom of Italy. Benito Mussolini, the dictator after 1922, sought to increase the size of the Italian empire and to satisfy the claims of Italian irredentists. Their goal of resettling large numbers of Italians in the colonies was talked about but never well funded. Italians migrated by the millions to North and South America, but not to the Italian colonies. By 1935, at most 45,000 new settlers had relocated to the harsh conditions in Africa.

The 1956 British Togoland status plebiscite was held in British Togoland on 9 May 1956. Since World War I the territory had been a League of Nations mandate, then a United Nations Trust Territory under British control. The referendum offered residents the choice of remaining a Trust Territory until neighbouring French Togoland had decided upon its future, or becoming part of soon-to-be Ghana. The Togoland native and dominant ethnic group, the Togolese Ewe people, Togolese Ewe-based Togoland Congress campaigned against and preferred amalgamation with French Togoland.

French Cameroon or French Cameroons was a League of Nations Mandate territory in Central Africa. It now forms part of the independent country of Cameroon.

The Allied administration of Libya was the control of the ex-Italian colony of Italian Libya by the Allies from 13 May 1943 until Libyan independence was granted in 1951. It was divided into two parts:

The British Military Administration of Somalia or (BMAS) was the control of the regions of British Somaliland and of the former Italian Somaliland by the British from 1941 until 1949. At the end of 1949, it became a United Nations trust territory which would last from 1950 until 1960 whilst under Italian administration.