The combat sport wrestling has been practised in Canada for more than a century, with the first amateur wrestling championships being held at Toronto's Argonaut Rowing Club in 1901. The sport has grown considerably since that time, and in 1969 the Canadian Amateur Wrestling Association was formed. Now known as Canada Wrestling Lutte, it is the national governing body for Olympic style wrestling in Canada, and its purpose is to encourage and develop the widest participation and highest proficiency in Olympic wrestling in Canada. [1] [2]

At the 2012 Summer Olympics, Carol Huynh won a bronze medal in the women's -48 kg category, and Tonya Verbeek won a silver medal in the -55 kg freestyle competition. [1]

Tonya Lynn Verbeek is a Canadian freestyle wrestler. Verbeek was the first woman to win a wrestling medal for Canada when she took silver in 2004, she added to that with a bronze at the 2008 Summer Olympics and a second silver at the 2012 Summer Olympics in London. She has also won two bronze and a silver at the world championships and has a bronze and silver from the Pan American Games and Commonwealth Games respectively. 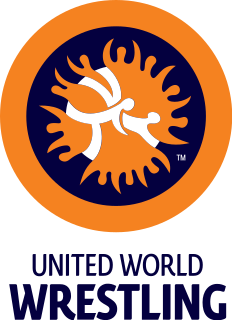 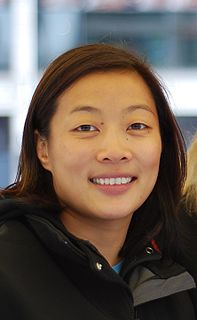 Martine Dugrenier is a Canadian retired wrestler. A three time world champion, she has also competed twice at the Olympics, finishing in 5th place both times.

Geeta Phogat is a freestyle wrestler who won India's first ever gold medal in wrestling at the Commonwealth Games in 2010. She is also the first Indian female wrestler to have qualified for the Olympic Summer Games.

Dorothy Yeats is a Canadian wrestler and Commonwealth Games champion. She won gold at the 2014 Commonwealth Games. She also wrestled at Vanier College in Montreal, where she is on the school's Wall of Fame. She once said about Vanier College, "I never even considered going anywhere else. I’m glad I came here. I don’t think I could have excelled at my sport anywhere else."

Vanessa Boubryemm is an amateur French freestyle wrestler, who played for the women's flyweight category. She is a three-time national wrestling champion, a two-time medalist at the World Championships, and a three-time medalist for the 48 and 51 kg classes at the European Championships. She also won a gold medal in the women's 51 kg division at the 2005 Mediterranean Games in Almería, Spain. Boubryemm is a member of Lutte Club Tourcoing, and is currently coached and trained by Nodar Bokashvili.

Olga Vladimirovna Smirnova is an amateur Russian-born Kazakhstani freestyle wrestler, who played for the women's lightweight category. She is a two-time Olympian, a three-time medalist at the European Senior Championships, and a gold medalist for the 50 kg class at the 1996 World Wrestling Championships in Sofia, Bulgaria. Smirnova also added a silver medal from the 2006 Asian Games in Doha, Qatar, and bronze from the 2007 World Wrestling Championships in Baku, Azerbaijan, representing her adopted nation Kazakhstan. 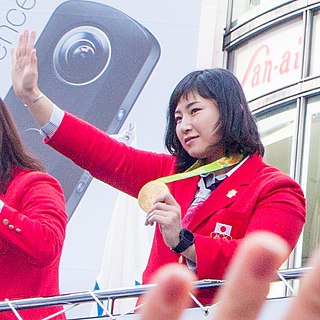 Sara Dosho is a wrestler from Japan.

Georgios Koutsioumpas is an amateur Greek Greco-Roman wrestler, who competed in the men's heavyweight category. Koutsioumpas represented his home nation Greece at the 2004 Summer Olympics in Athens, and later picked up a silver medal in the 96-kg division at the 2005 Mediterranean Games in Almería, Spain. Throughout his sporting career, Koutsioumpas, along with his older brother Xenofon, trained as a member of the Greco-Roman wrestling team for Olympiacos F.C. in Piraeus, and since 2012 they have been training at Atlas Mytilenes under their head coach Sotirios Petrakis.

Angélique Berthenet-Hidalgo is a retired amateur French freestyle wrestler, who competed in the women's flyweight category. Considering one of the world's top female freestyle wrestlers in her decade, Berthenet has claimed a silver medal in the 47-kg division at the 1996 World Wrestling Championships in Sofia, Bulgaria, produced a staggering tally of five medals at the European Championships, and offered a chance to represent her country France at the 2004 Summer Olympics. Throughout her sporting career, Berthenet trained full-time for Dammarie Sport Wrestling Club, under her personal coach Ryszard Chelmowski.

Erica Elizabeth Wiebe is a wrestler competing for Canada. She is the reigning Olympic champion in women's 75 kg freestyle, winning gold at the 2016 Summer Olympics. She was the third Canadian champion ever in wrestling at the Olympics, and second Canadian woman to win gold after Carol Huynh. Wiebe is also the current Commonwealth Games champion in the same weight class, having won the gold medal at the 2014 and 2018 Commonwealth Games in Glasgow and the Gold Coast, respectively.

Fadhila Louati is a retired amateur Tunisian freestyle wrestler, who competed in the women's flyweight category. Considered one of the nation's top wrestlers in her decade, Louati has yielded a marvelous record of three gold medals in her career hardware at the All-Africa Games, and at the 2001 Mediterranean Games in Tunis. She also had an opportunity to represent her nation Tunisia in the 48-kg division at the 2004 Summer Olympics, finishing fourteenth in the process. Louati is also a member of the wrestling squad for Centre Intégré de Radès in her native Tunis, under her personal coach Noureddine Mefri. 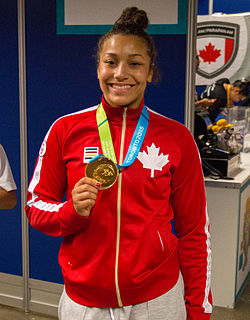 Braxton Stone-Papadopoulos is a Canadian wrestler. She won a bronze medal at the 2014 Commonwealth Games. She has been in competition with fellow world champion teammate Justine Bouchard. She has been ranked number 2 in the world.

Geneviève Morrison is a Canadian wrestler who wrestles in the 48 kg and 51 kg weight class and has earned gold medals in international competition, including the 2015 Pan American Championships.

Justina Di Stasio is a Canadian wrestler of Italian and Cree descent.

Hannah Fay Taylor is a Canadian freestyle wrestler. Taylor competed for Canada at the 2019 Pan American Games, and at the Pan American Wrestling Championships she won the silver medal in 2019 and 2020. She is a member of the women's wrestling team at Brock University.