Contrary to popular belief the Canadian Rugby Football Union was not founded on Saturday October 21, 1882. It was first formed on Saturday June 12, 1880. However, as the Québec teams failed to organize and only the Ontario teams were ready to assemble the CRFU failed to be a governing force in Canadian football history. It was reorganized on Saturday December 19, 1891. As for the Québec teams the season of 1882 opened on May 13 with the Britannia Football Club and Montreal Football Club playing to a 0-0 tie. In the fall on October 4, the Britannia Football Club and Royal Military College Foot-Ball Club scored a goal but it was another 1-1 tie and the Brits were undefeated. On October 21 they defeated their cross-town rivals, Montreal 1 goal to nil and then defeated McGill 2 goals to nil to again capture the city championship. [1] 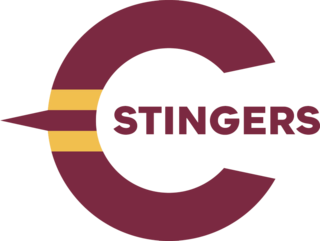 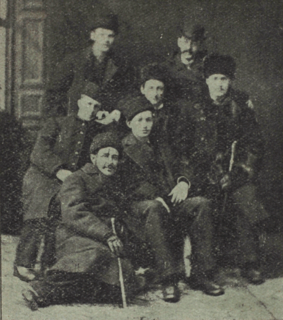 The Victoria Hockey Club of Montreal, Quebec, Canada was an early men's amateur ice hockey club. Its date of origin is ascribed to either 1874, 1877 or 1881, making it either the first or second organized ice hockey club after McGill University. The club played at its own rink, the Victoria Skating Rink in Montreal. The club was winners of the Stanley Cup in 1895 and held it until 1899, except for a period in 1896. The club remained amateur, splitting from the ranks of teams turned professional in 1908. The amateur hockey club was the first winner of the Allan Cup and continued to play until 1939, when it folded after its 65th season. The club often also fielded junior and intermediate teams.

The Ottawa Senators were an ice hockey team based in Ottawa, Ontario, Canada which existed from 1883 to 1954. The club was the first hockey club in Ontario, a founding member of the National Hockey League (NHL) and played in the NHL from 1917 until 1934. The club, which was officially the Ottawa Hockey Club, was known by several nicknames, including the Generals in the 1890s, the Silver Seven from 1903 to 1907 and the Senators dating from 1908.

Trois-Rivières Attak FC is a Canadian former soccer team, that took a sabbatical year from the Canadian Soccer League. They formally served as a reserve and academy team for the USL First Division side Montreal Impact. The club was instant success within the league acquiring titles in all three seasons when it competed in the CSL. In 2010, when Montreal Impact founded their own academy the team ceased operating as a farm team, because of the ended cooperation with Impact, they announced that they would take one-year absence from the Canadian Soccer League in 2010 and return for the 2011 season. The team did not return for the 2011 season.

The 1894 Amateur Hockey Association of Canada season lasted from January 5 until March 10. Montreal HC would win the league and Canadian championship for the seventh season in a row.

The 1984–85 Hartford Whalers season was the Whalers' sixth season in the National Hockey League.

The 1981–82 Hartford Whalers season was the Whalers' third season in the National Hockey League.

The Good Friday Massacre , was a second-round playoff match-up during the 1984 Stanley Cup playoffs. The game occurred on Good Friday, April 20, 1984 in Montreal, Quebec, Canada, between the Quebec Nordiques and the Montreal Canadiens. It is notable less for its series-ending finish than its epic brawl between the players, which spanned multiple periods and resulted in 11 ejections and 252 penalty minutes. It was the most epic episode of the Battle of Quebec.

The Montreal Impact are a Canadian professional soccer team based in Montreal, Quebec. The Impact competes as a member of the Eastern Conference in Major League Soccer (MLS). The team began play in 2012 as an expansion team of the league, being the league's third Canadian club, and replaced the North American Soccer League team of the same name.

Montreal Impact Academy was a Canadian professional soccer team based in Montreal, Quebec, Canada. Founded in 2010, their U-23 team last played in the USL Premier Development League. They served as the Academy to their parent club Montreal Impact.

The McGill Football Club represents McGill University athletics teams in U Sports and is based in Montreal, Quebec. Originally the McGill Redmen, the name was temporarily changed in May 2019 after nearly 80% of students voted to change the name in a 2018 referendum held by McGill's student union. The program is one of the oldest in all of Canada, having begun organized competition in 1874. The team won its first championship in 1902 and since then have also won in 1912, 1913, 1919, 1928, 1938 and 1960 prior to the inauguration of the Vanier Cup in 1965. McGill appeared in the Vanier Cup final in 1969, 1973 and 1987, with the Redmen finally winning the title in the 1987 game. McGill plays out of Percival Molson Memorial Stadium, where the Canadian Football League's Montreal Alouettes also play.

The Québec official soccer team is the official soccer team representing the Canadian province of Québec. The stated mission of the team is "...to allow Québec to be represented at the international level to share our language, our culture and heritage through soccer." Originally, the team was not sanctioned by the Quebec Soccer Federation as the federation was suspended by the Canadian Soccer Association in June 2013 for not allowing players wearing turbans for religious reasons to participate in matches. However, the team communicated with the federation and regularly communicated the progress of the project to build a relationship in preparation for being sanctioned in the future. In May 2014, it was announced that the team had officially become associated with the QSF and were working together to perhaps eventually become a member of CONCACAF and play against other national teams. Québec is not a member of FIFA or any confederation or subconfederation as they are wholly a part of Canada. However, Québec is an official member of the Confederation of Independent Football Associations (ConIFA), a global umbrella organization for national football teams outside FIFA. Usually in Québec, the majority of the population speak French, while English is the largest minority. Although the purpose of the team is said to be cultural, not political, the team is partially funded by the Saint-Jean-Baptiste Society and Parti Québécois, a Canadian political party that advocates the Québec sovereignty movement. The team was formed in 2013 and played its first match against a Tibet select team in the 2013 International Peoples, Cultures, and Tribes Tournament, an event hosted by Marseille as the 2013 European Capital of Culture, on 24 June 2013. Québec won the match 21–0. The team currently consists mostly of players from the Première Ligue de soccer du Québec and former Montreal Impact players. They are currently coached by former Canadian international Patrick Leduc.

William Cecil Christmas, generally known as Billy Christmas, was an amateur ice hockey, lacrosse and football player for the Montreal Hockey Club, the Montreal Lacrosse Club, and the Britannia Football Club respectively. As a lightweight, he also won a gold medal in boxing in 1899.