No dominion championship was played.

Contract bridge, or simply bridge, is a trick-taking card game using a standard 52-card deck. In its basic format, it is played by four players in two competing partnerships, with partners sitting opposite each other around a table. Millions of people play bridge worldwide in clubs, tournaments, online and with friends at home, making it one of the world's most popular card games, particularly among seniors. The World Bridge Federation (WBF) is the governing body for international competitive bridge, with numerous other bodies governing bridge at the regional level.

Frederick C. "Sure Shot" Dunlap was a second baseman and manager in Major League Baseball from 1880 to 1891. He was the highest paid player in Major League Baseball from 1884 to 1889. He has also been rated by some contemporary and modern sources as the greatest overall second baseman of the 19th century. He earned the nickname "Sure Shot" for the strength and accuracy of his throws to first base, and was also sometimes referred to in the 1880s as the "King of Second Basemen." 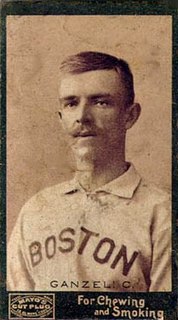 The California Golden Bears football program represents the University of California, Berkeley, in college football as a member of the Pac-12 Conference at the NCAA Division I FBS level. The team plays its home games at California Memorial Stadium and is coached by Justin Wilcox. Since beginning of play in 1886, the team has won five NCAA recognized national titles - 1920, 1921, 1922, 1923, and 1937 and 14 conference championships, the last one in 2006. It has also produced what are considered to be two of the oddest and most memorable plays in college football: Roy "Wrong Way" Riegels' fumble recovery at the 1929 Rose Bowl and The Play kickoff return in the 1982 Big Game. 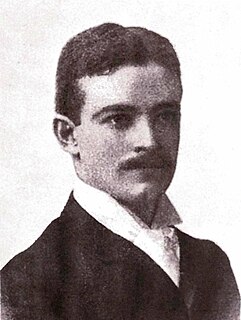 The 1885–86 British Home Championship was the third annual international football tournament played between the British Home Nations. As common for the time, the matches were punctuated by some high scorelines and for the first time two teams finished level on points at the top of the table, thus sharing the championship as goal difference would not be introduced to separate teams for over nearly 90 years.

The 1886–87 British Home Championship was the fourth international football tournament between the British Home Nations. Played during the second half of the 1886–87 football season, the competition was won by Scotland for the fourth consecutive time. Ireland also achieved their first placing above the bottom of the table, finishing above Wales due to victory at home in their final match.

The 1888 Victorian Football Association season was the 12th season of the Australian rules football competition.

Gilmore Kinney was an American college basketball standout at Yale University in the 1900s. He was a two-time Helms Athletic Foundation All-American and was named their national player of the year as a senior in 1906–07. That year, he led the Yale Bulldogs to their first-ever Eastern Intercollegiate Basketball League season championship title, and was the league's leading scorer at 10.1 points per game. Kinney also played for Yale's baseball team.

The 1908–09 Michigan Wolverines men's basketball team represented the University of Michigan in intercollegiate basketball during the 1908–09 season. The team played its home games at Waterman Gymnasium and compiled a record of 1–4. The team won Michigan's first intercollegiate basketball game, and played in its first overtime game, defeating Oberlin College, 27–25, on January 16, 1909. Carl Raiss won the game in overtime with "a difficult goal from the middle of the field." At the end of the season, basketball was discontinued at Michigan for the next eight years. Although the 1908–09 team played only two home games, low attendance and poor conditions at Waterman Gymnasium were cited as the reasons for terminating the basketball program.

The 1886 Harvard Crimson football team represented Harvard University in the 1886 college football season. The team finished with a 12–2 record and outscored opponents 765 to 41 under first-year head coach Frank A. Mason. On November 3, 1886, in a game played at Exeter, New Hampshire, the Crimson defeated the team from Phillips Exeter Academy by a score of 158-0, the highest point total ever achieved in a football game to that point. The team's two losses were against rivals Princeton (0–12) and Yale (4–29). Princeton and Yale are recognized by various selectors as the 1886 national champions.

The 1886–87 season was the 14th season of competitive football in Scotland. This season saw the inaugural playing of the Scottish Junior Cup.

The 1886 Navy Midshipmen football team represented the United States Naval Academy in the 1886 college football season. The team marked the second time that the school played a multiple-game season. The squad was captained by halfback Clarence Stone. The year began with consecutive wins over rivals St. John's College and Johns Hopkins, but then regressed with a loss to the former and a close victory over the latter. The year concluded with shutout losses to the Princeton reserve squad and Gallaudet. The season was the program's longest until 1890, when that year's team played seven games.

The 2015–16 Serbian SuperLiga is the tenth season of the Serbian SuperLiga since its establishment. The season was started on 17 July 2015 and will be finished on 21 May 2016 with a matches of the last round of the play-offs. Partizan are the defending champions.

The 1891 Purdue football team was an American football team that represented Purdue University during the 1891 college football season. The team compiled a 4–0 record in the university's fourth season fielding an intercollegiate football team. For the 1891 season, Purdue hired Knowlton Ames as its football coach. Ames played for Princeton from 1886 to 1889 and was considered one of the greatest players ever to play college football, after scoring 730 points for Princeton. The 1891 Purdue team shut out all four opponents, outscoring Wabash, DePauw, Indiana, and Butler by a combined score of 194 to 0. Purdue's 60–0 victory over Indiana was the first installment in a rivalry which later became noted for the award of the Old Oaken Bucket trophy.

The 1886 Men's tennis tour was composed of the tenth annual pre-open era tour incorporating 85 tournaments. The tour began in April in London, Great Britain and ended in December in Napier, New Zealand.