In October 1889, L.A. Hamilton of Winnipeg donated a trophy which would represent the best team in the northwest (Manitoba & Northwest Territories). Commencing with the 1890-91 season, the Northwest Championship became a tournament played over a weekend (Usually in October but occasionally played in May). The Hamilton Cup was awarded annually to the champion of the tournament. The final championship game was won by St.John's Rugby Football Club of Winnipeg in May 1898.

No dominion championship game was played. 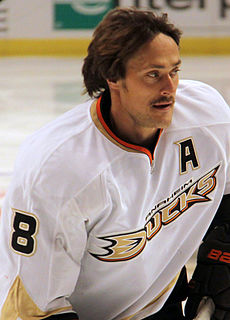 Teemu Ilmari Selänne, nicknamed "The Finnish Flash", is a Finnish retired professional ice hockey winger. He began his professional career in 1989–90 with Jokerit of the SM-liiga and played 21 seasons in the National Hockey League (NHL) for the Winnipeg Jets, Anaheim Ducks, San Jose Sharks and Colorado Avalanche. Selänne is the highest scoring Finn in NHL history, and one of the highest overall; he retired in 2014 11th all-time with 684 goals and 15th with 1,457 points. He holds numerous team scoring records for both the Winnipeg/Arizona franchise and the Anaheim Ducks. His jersey number 8 was retired by the Ducks in 2015. In 2017 Selänne was named one of the '100 Greatest NHL Players' in history. On June 26, 2017, Selänne was elected to the Hockey Hall of Fame as the second Finn after Jari Kurri. 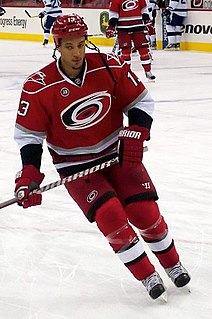 Anthony Stewart is a Canadian former professional ice hockey player. He was born in Quebec, and his family moved to Toronto while he was a child. Stewart played minor hockey in Toronto, winning three all-Ontario championships. After his minor hockey career, he was selected by the Kingston Frontenacs in the first round of the Ontario Hockey League (OHL) draft. After two seasons with Kingston, he was drafted by the Florida Panthers in the first round of the 2003 NHL Entry Draft, at 25th overall. He spent four years in the Panthers' system, dividing his time between the NHL and the American Hockey League (AHL), after which he joined the Atlanta Thrashers for two years. When the Thrashers moved to Winnipeg to become the new Winnipeg Jets, they did not offer him a new contract, and he signed with the Carolina Hurricanes as a free agent. After one season in Carolina he was traded to the Kings, but spent most of the season in the minor leagues. He signed a professional tryout contract with the San Jose Sharks to begin the 2013-14 NHL season, but was not offered a contract. He subsequently signed with Avtomobilist Yekaterinburg in the KHL. His younger brother Chris also played in the NHL, and is currently with the Philadelphia Flyers organization.

Sergei Sergeyevich Shirokov is a Russian professional ice hockey winger currently with Avangard Omsk of the Kontinental Hockey League (KHL). Prior to signing with Vancouver in 2009, Shirokov played with CSKA Moscow for four seasons in the Russian Superleague and Kontinental Hockey League. He returned to CSKA Moscow in 2011 after two years with the Vancouver Canucks and Manitoba Moose.

The original Canadian Soccer League was a Division 1 professional soccer league that operated in Canada from 1987 to 1992. It was a nationwide league that had franchises in six provinces over the course of its history.

Yannick Cyril Weber is a Swiss professional ice hockey defenceman currently playing for the Nashville Predators of the National Hockey League (NHL). He was drafted by the Montreal Canadiens in the 3rd round of the 2007 NHL Entry Draft, and was the first player in Canadiens history to wear jersey number 68. 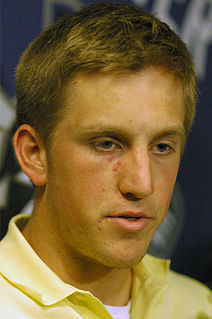 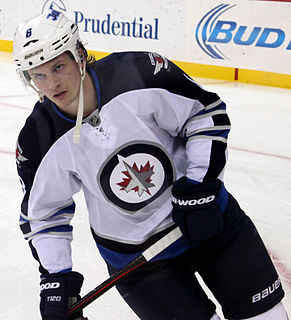 Jacob Ryan Trouba is an American professional ice hockey defenseman currently playing for the New York Rangers of the National Hockey League (NHL). Trouba was drafted by the Winnipeg Jets in the first round, ninth overall, of the 2012 NHL Entry Draft. Trouba played the first six years of his career in Winnipeg before he was traded to the Rangers in 2019.

Kerri Einarson is a Canadian curler from Camp Morton, Manitoba in the Rural Municipality of Gimli. Einarson is the reigning women's national champion in curling, skipping her team to victory at the 2020 Scotties Tournament of Hearts, she previously won silver in 2018. She has also won two provincial mixed curling championships in 2010 and 2013. Einarson won two Grand Slam of Curling events on the World Curling Tour, winning the 2016 Boost National and most recently the 2019 Players' Championship.

Joshua T. Morrissey is a Canadian professional ice hockey defenceman and alternate captain of the Winnipeg Jets of the National Hockey League (NHL). He was selected by the Jets in the first round, 13th overall, of the 2013 NHL Entry Draft. 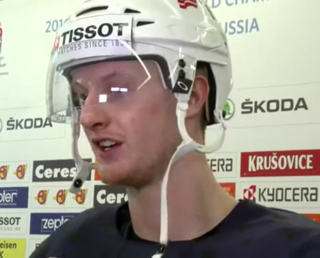 Kyle Connor is an American professional ice hockey player who currently plays for the Winnipeg Jets of the National Hockey League (NHL). Connor was drafted 17th overall by the Winnipeg Jets in the 2015 NHL Entry Draft.