The following lists events that happened during 1961 in the Imperial State of Iran. 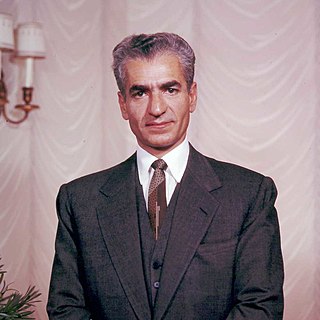 Mohammad Reza Pahlavi, also known as Mohammad Reza Shah, was the last Shah of Iran from 16 September 1941 until his overthrow by the Islamic Revolution on 11 February 1979. Mohammad Reza Shah took the title Shahanshah on 26 October 1967. He was the second and last monarch of the House of Pahlavi. Mohammad Reza Shah Pahlavi held several other titles, including that of Aryamehr and Bozorg Arteshtaran ("Commander-in-Chief"). His dream of what he referred to as a "Great Civilisation" in Iran led to a rapid industrial and military modernisation, as well as economic and social reforms.

The Prime Minister of Iran was a political post in Iran that had existed during several different periods of time starting with the Qajar era until its most recent revival from 1979 to 1989 following the Iranian Revolution.

Ali Alilu is an Iranian politician.

Rita Yahan-Farouz, known as Rita, is an Israeli pop singer and actress. 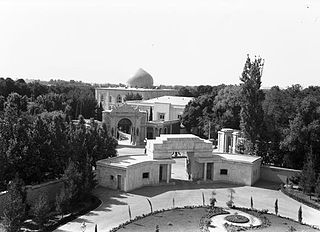 The Expediency Discernment Council of the System is an administrative assembly appointed by the Supreme Leader and was created upon the revision to the Constitution of the Islamic Republic of Iran on 6 February 1988. It was originally set up to resolve differences or conflicts between the Majlis and the Guardian Council, but "its true power lies more in its advisory role to the Supreme Leader." According to Hooman Majd, the Leader "delegated some of his own authority to the council — granting it supervisory powers over all branches of the government" following President Mahmoud Ahmadinejad's election in 2005.

The Iranian reformists are a political faction in Iran that support former President Mohammad Khatami's plans to change the Iranian political system to include more freedom and democracy. Iran's "reform era" is sometimes said to have lasted from 1997 to 2005—the length of Khatami's two terms in office. The Council for Coordinating the Reforms Front is the main umbrella organization and coalition within the movement; however, there are reformist groups not aligned with the council, such as the Reformists Front.

Ali Larijani is an Iranian conservative politician, philosopher and former military officer who has been Speaker of the Parliament of Iran since 2008. Larijani was the Secretary of the Supreme National Security Council from 15 August 2005 to 20 October 2007, appointed to the position by President Mahmoud Ahmadinejad, replacing Hassan Rouhani. Acceptance of Larijani's resignation from the secretary position was announced on 20 October 2007 by Gholamhossein Elham, the Iranian government's spokesman, mentioning that his previous resignations were turned down by President Ahmadinejad.

Hujjat al-Islam is an honorific title meaning "authority on Islam" or "proof of Islam".

Agha Mohammad Khan Qajar, also known by his regnal name of Agha Mohammad Shah, was the founder of the Qajar dynasty of Iran, ruling from 1789 to 1797 as king (shah). Originally chieftain of the Qoyunlu branch of the Qajar tribe, Agha Mohammad Khan was enthroned as the king of Iran in 1789, but was not officially crowned until March 1796, having deposed Lotf Ali Khan of the Zand dynasty in 1794. Agha Mohammad Khan Qajar was famously the eunuch Monarch, being castrated as a young adult upon his capture by Adel Shah Afshar, and hence was childless. On June 17, 1797, he was assassinated, and was succeeded by his nephew, Fath-Ali Shah Qajar. 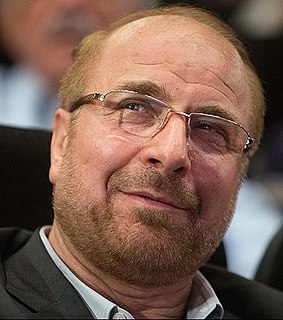 Mohammad Bagher Ghalibaf is an Iranian conservative politician and former military officer who held office as the Mayor of Tehran from 2005 to 2017. Ghalibaf was formerly Iran's Chief of police from 2000 to 2005 and commander of Revolutionary Guards' Air Force from 1997 to 2000. 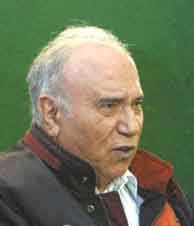 Mohammad Ali (19 April 1931 – 19 March 2006) was a Pakistani actor. He was known as Shahenshah-e-Jazbaat (Urdu: شہنشاہِ جذبات ‎), meaning The Emperor of Emotions. A highly versatile actor, he performed in historical, biographical and patriotic roles; in costume and art movies. He has starred in over 300 movies playing both heroes and villains.

Maulana Shaukat Ali was an Indian Muslim leader of the Khilafat Movement that erupted in response to the fall of the Ottoman Empire. He was the elder brother of the renowned political leader Mohammad Ali Jouhar. 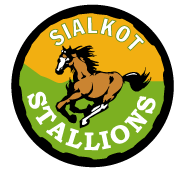 The Sialkot cricket team in Pakistan is also known as the Sialkot Stallions. Its home ground is Jinnah Stadium Sialkot. It plays in first-class domestic competitions. It is a National Champion and has won several Quaid-i-Azam Trophy competitions including 2008-2009. It was national champion in 2005–2006 and won Quaid-i-Azam Trophy Championship. It was runner-up in 2003–2004 and 2006–2007. Sialkot Stallions also won ABN-AMRO Twenty-20 Cup in 2005–2006, 2006–2007 and RBS Twenty-20 Cup in 2007–2008 and 2009–2010, making them the National Twenty20 Champions for 4 consecutive years. Sialkot Stallions were to represent Pakistan in Twenty20 Champions League in December 2008, before its postponement. They were runner-up in ABN-AMRO Cup National One-day Championship in 2004–05 and 2006–07. According to the latest Twenty 20 international ranking, Sialkot Stallions is at number one position. Sialkot is also the national champion of One-day and Three-day competitions of the National Under-19 Championship. They also have a record of 23 consecutive T20 wins in domestic cricket

Qazi Mir Imdad Ali was Military officer during Bhonsle Dynasty in 1835 at Nagpur.

Ali Mohammad Beygi is a village in Koregah-e Gharbi Rural District, in the Central District of Khorramabad County, Lorestan Province, Iran. At the 2006 census, its population was 88, in 16 families.

Tolombeh-ye Mohammad Ali Ghiasi is a village in Mahmudabad-e Seyyed Rural District, in the Central District of Sirjan County, Kerman Province, Iran. At the 2006 census, its population was 10, in 5 families.

Mohammad Amir Ahmed Khanراجا صاحب محمود آباد, Raja of Mahmudabad popularly known as Raja Sahib of Mahmudabad was a prominent politician and leader of the All India Muslim League, during the Pakistan Movement.