Elections to the Senate of the Democratic Republic of the Congo were held on 19 January 2007, though they had originally been scheduled for 16 January. [1] The members of the Senate were chosen through indirect election by the members of the provincial assemblies; the delay was a result of the difficulties in choosing traditional chiefs to fill the places reserved for them in the provincial assemblies. [2]

Bemba, who had placed second in the 2006 presidential election, won a Senate seat from the capital, Kinshasa. [3]

Joseph Kabila Kabange is a Congolese politician who served as President of the Democratic Republic of the Congo between January 2001 and January 2019. He took office ten days after the assassination of his father, President Laurent-Désiré Kabila in the context of the Second Congo War. He was allowed to remain in power after the 2003 Sun City Agreement ended the war. He was elected as president in 2006 and re-elected in 2011 for a second term. Since stepping down after the 2018 election, Kabila, as a former president, will be a senator for life, according to the Constitution of the DRC. 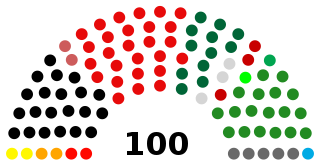 This article gives information on elections in Afghanistan. 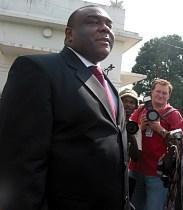 Jean-Pierre Bemba Gombo is a politician in the Democratic Republic of the Congo. He was one of four vice-presidents in the transitional government of the Democratic Republic of the Congo from 17 July 2003 to December 2006. Bemba also leads the Movement for the Liberation of the Congo (MLC), a rebel group turned political party. He received the second-highest number of votes in the 2006 presidential election. In January 2007 he was elected to the Senate.

Unified Lumumbist Party is a political party in the Democratic Republic of the Congo. The party's name comes from Patrice Lumumba, the first prime minister of Congo after its independence in 1960 from the Belgian colonial empire.

Gubernatorial elections were held in the Democratic Republic of the Congo on 27 January 2007, though they were originally scheduled for 16 January and 19 January. The governors and vice-governors were chosen through indirect election by the members of the provincial assemblies; the delay was a result of the difficulties in choosing traditional chiefs to fill the places reserved for them in the provincial assemblies. The second round of voting would only have been necessary in those cases where no candidate had received an absolute majority in the first round, which was not the case anywhere. However, voting was rescheduled in Kasai-Occidental and Kasai-Oriental on 10 February to 15 February, because the Union of the Nation candidates were disqualified because they held dual citizenship. 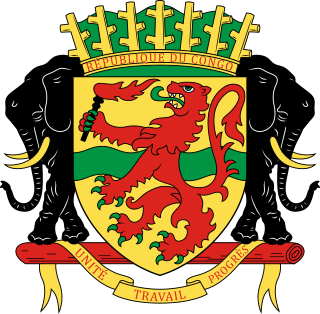 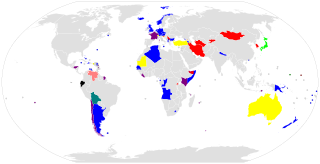 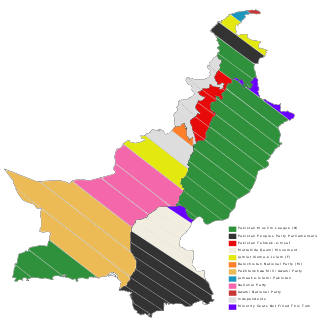 Senate elections were held in Pakistan on 5 March 2015 to elect the replacements for 52 retiring senators. Those retiring include chairman Nayyar Hussain Bukhari and deputy chairman Sabir Ali Baloch of the upper house. Pakistan Peoples Party (PPP), the majority party in Senate, would lose 21 members, followed by Pakistan Muslim League Nawaz would lose 9 and Awami National Party would lose 6 members.

The 2018 Presidential elections were held in Pakistan on 4 September 2018. The elections saw Arif Alvi of PTI being elected as the 13th President of Pakistan after defeating Fazal-ur-Rehman of MMA and Aitzaz Ahsan of PPP. Although the incumbent President Mamnoon Hussain, whose term was to expire on 9th September 2018, was eligible for re-election, he declined to take part.

General elections were held in the Democratic Republic of the Congo on 30 December 2018, to determine a successor to President Joseph Kabila, as well as for the 500 seats of the National Assembly and the 715 elected seats of the 26 provincial assemblies. Félix Tshisekedi (UDPS) won with 38.6% of the vote, defeating another opposition candidate, Martin Fayulu, and Emmanuel Ramazani Shadary, backed by the ruling party PPRD. Fayulu alleged that the vote was rigged against him in a deal made by Tshisekedi and outgoing President Kabila, challenging the result in the DRC's Constitutional Court. Different election observers, including those from the country's Roman Catholic Church, also cast doubt on the official result. Nonetheless on 20 January the Court rejected his appeal and declared Tshisekedi as the winner. Parties supporting President Kabila won the majority of seats in the National Assembly. Félix Tshisekedi was sworn in as the 5th President of the Democratic Republic of the Congo on 24 January 2019, making it the first peaceful transition of power in the country since it became independent from Belgium in 1960. 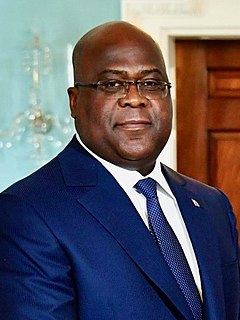 Félix Antoine Tshisekedi Tshilombo is a Congolese politician who has been the President of the Democratic Republic of the Congo since 25 January 2019. He is the leader of the Union for Democracy and Social Progress (UDPS), the DRC's oldest and largest party, succeeding his late father Étienne Tshisekedi in that role, a three-time Prime Minister of Zaire and opposition leader during the reign of Mobutu Sese Seko. Tshisekedi was the UDPS party's candidate for president in the December 2018 general election, which he won, despite accusations of irregularities from several election monitoring organisations and other opposition parties. The Constitutional Court of the DRC upheld his victory after another opposition politician, Martin Fayulu, challenged the result, but Tshisekedi has been accused of making a deal with his predecessor, Joseph Kabila. The election marked the first peaceful transition of power since the state became independent from Belgium in 1960.

The Common Front for Congo is a parliamentary group in the National Assembly of the Democratic Republic of the Congo that includes the ruling party, the People's Party for Reconstruction and Democracy, among other parties. It is closely aligned with the former President of DR Congo from 2001 to 2019, Joseph Kabila, who formed it in mid 2018 to organise political forces for the December 2018 general election. Because of this it is also referred to as the Kabila coalition, as well as a successor to the Alliance of the Presidential Majority which was the majority pro-government bloc in both houses of Parliament from 2006 to 2018. Since the election, the FCC holds a majority in both the National Assembly and the Senate of the Democratic Republic of the Congo. During the April 2019 provincial elections, the FCC also secured the governorships of 16 of the 24 provinces in which votes were held. The FCC has been negotiating with the newly elected president, Félix Tshisekedi of the opposition, to form a new government. Having the majority in parliament, the FCC also appoints the next prime minister. The fact that the FCC controls the parliament and the provincial governments means that President Tshisekedi's ability to govern is limited.