Alex Tapscott (born 1986) is a Canadian business author, and advisor. His work revolves around the applications of blockchain technology and cryptocurrencies like bitcoin. [1]

He was the CEO and Founder of NextBlock Global, a cryptocurrency investment company, [2] and is the co-founder, with his father Don Tapscott, of the Blockchain Research Institute.[ citation needed ]

Tapscott was born in Toronto, Ontario and attended Upper Canada College. [3] He holds a BA in Law, Jurisprudence and Social Thought from Amherst College in Amherst, Massachusetts where he graduated in 2008. [4]

Tapscott co-authored, with his father Don Tapscott, the 2016 book Blockchain Revolution: How the Technology Behind Bitcoin is Changing Money, Business, and the World. [7] The book became a The Globe and Mail as well as Toronto Star bestseller. [8] Financial Times reviewed the book and wrote "The Tapscotts provide a thorough, balanced and enlightening guide to the next big thing",. [1]

In October 2016, Tapscott gave his first TEDx Talk at TEDxSanFrancisco. [9] He currently sits on the Advisory Board to Elections Canada, the independent, non-partisan agency responsible for conducting federal elections and referendums. [10] He also serves as an advisory board member at early-stage start-ups, including Paycase [11] and nuco. [12]

In the summer of 2016, Tapscott co-convened a meeting of blockchain stakeholders in Muskoka, Ontario to discuss governance of the blockchain ecosystem. [13] [14]

On November 5, 2017, he announced that NextBlock was forced to scrap IPO plans due to being dropped by their underwriter, CIBC, after the company is reported to have made false and misleading statements in its marketing materials. [15] [16] [17]

Don Tapscott is a Canadian business executive, author, consultant and speaker, who specializes in business strategy, organizational transformation and the role of technology in business and society. He is the CEO of the Tapscott Group and the co-founder and Executive Chairman of the Blockchain Research Institute.

A smart contract is a computer program or a transaction protocol which is intended to automatically execute, control or document legally relevant events and actions according to the terms of a contract or an agreement. The objectives of smart contracts are the reduction of need in trusted intermediators, arbitrations and enforcement costs, fraud losses, as well as the reduction of malicious and accidental exceptions.

Coinbase is a digital currency exchange headquartered in San Francisco, California. They broker exchanges of Bitcoin, Bitcoin Cash, Ethereum, Ethereum Classic, Litecoin, Tezos, and many others, with fiat currencies in approximately 32 countries, and bitcoin transactions and storage in 190 countries worldwide.

Dash is an open source cryptocurrency. It is an altcoin that was forked from the Bitcoin protocol. It is also a decentralized autonomous organization (DAO) run by a subset of its users, which are called "masternodes". The currency permits transactions that can be untraceable.

A blockchain, originally block chain, is a growing list of records, called blocks, that are linked using cryptography. Each block contains a cryptographic hash of the previous block, a timestamp, and transaction data.

Blockstream is a blockchain technology company led by co-founder Dr. Adam Back, headquartered in Victoria, Canada, with offices and staff worldwide. The company develops a range of products and services for the storage and transfer of Bitcoin and other digital assets.

Joseph Lubin is a Canadian-American entrepreneur. He has founded and co-founded several companies including the Swiss-based EthSuisse, contributing heavily to Ethereum, the decentralized cryptocurrency platform. Lubin is founder of ConsenSys, a Brooklyn-based software-production studio.

ConsenSys is a blockchain software technology company founded by Joseph Lubin with headquarters in Brooklyn and additional United States offices in Washington, DC and San Francisco.

Bitcoin Magazine is one of the original news and print magazine publishers specializing in Bitcoin and digital currencies. Bitcoin Magazine began publishing in 2012, and was co-founded by Vitalik Buterin and Mihai Alisie. It is currently owned and operated by BTC Inc in Nashville, Tennessee.

The Lightning Network is a "layer 2" payment protocol that operates on top of a blockchain-based cryptocurrency. It is supposed to enable fast transactions among participating nodes and has been proposed as a solution to the bitcoin scalability problem. It features a peer-to-peer system for making micropayments of cryptocurrency through a network of bidirectional payment channels without delegating custody of funds. Lightning Network implementation also simplifies atomic swaps.

Hashgraph is a distributed ledger technology developed by Leemon Baird, the co-founder and CTO of Swirlds, in 2016. It is an asynchronous Byzantine Fault Tolerance (aBFT) consensus algorithm that they consider capable of securing the platform against attacks. It does not use miners to validate transactions, and uses directed acyclic graphs for time-sequencing transactions without bundling them into blocks.

Anthony Di Iorio is a Canadian entrepreneur primarily known as a co-founder of Ethereum and an early investor in Bitcoin. Di Iorio is the founder and CEO of the blockchain company Decentral, and the associated Jaxx wallet. He also served as the first chief digital officer of the Toronto Stock Exchange. In February 2018, Forbes estimated his net worth at $750 million–$1 billion.

Charles Hoskinson is a mathematician, founder of Cardano and co-founder of Ethereum, which are two of the world’s most popular cryptocurrency networks. 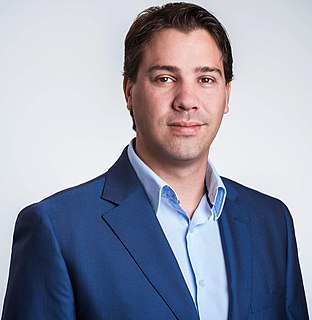 Yoni Assia is a Hi-tech entrepreneur, CEO and founder of eToro, international social network for financial investments, with more than 11 million users from over 140 states around the world. He is one of the founders of the Israeli Bitcoin Association, and the Israeli Blockchain Industry. He also serves as a member of the board of directors for Meitav Dash, and the Colu startup.