Last updated May 20, 2020
Not to be confused with the former name of a performing arts institute in Sydney with the same acronym – the Australian Academy of Dramatic Art.

The American Academy of Dramatic Arts (AADA) is a private performing arts conservatory with two locations, one in Manhattan and one in Los Angeles. The Academy offers an associate degree in occupational studies and teaches drama and related arts in the areas of theater, film, and television. Students also have the opportunity to audition for the third-year theater company. Students can usually transfer completed credits to another college or university to finish a bachelor's degree if they choose.

The oldest acting school in the English-speaking world, [2] the Academy in New York City was founded in 1884 by Franklin Haven Sargent, a graduate of Harvard University and professor of speech and elocution at his alma mater. [3] Sargent's vision was to establish a school to train actors for the stage. Its first home was the original Lyceum Theatre on what is now Park Avenue South. In 1963, the school moved to its current home, a landmark building designed by the American Renaissance architect Stanford White for the Colony Club. [lower-alpha 3]

In 1974, the Academy opened another campus in Pasadena, California, which made it the only professional actor-training school in both major centers of American entertainment. The Los Angeles campus moved from Pasadena to Hollywood in 2001 in a new building next to the site of the former studios of Charlie Chaplin.

The Academy remains dedicated to training professional actors. It offers a two-year program in which students have to be invited back for the second year. Auditions are held at the end of the second year for the third-year company. [lower-alpha 4] As well as training for the theatre, it now offers courses in film and television, providing a structured, professionally oriented program that stresses self-discovery, self-discipline and individuality. Students who graduate in New York receive an Associate of Occupational Studies degree; students who graduate in Hollywood receive a Certificate of Completion or an Associate of Arts degree in acting. Students from New York and Los Angeles can get a Bachelor of Arts degree from selected universities.

Numerous students of the Academy have gone on to careers in the entertainment industry. Alumni of The Academy have been nominated for 110 Oscars, 317 Emmy's and 94 Tony's.

Among the notable people who attended the AADA are: [lower-alpha 5] 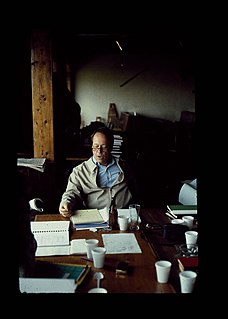 George Roy Hill was an American film director. He is most noted for directing such films as Butch Cassidy and the Sundance Kid (1969) and The Sting (1973), both starring Paul Newman and Robert Redford.

Jason Nelson Robards Jr. was an American stage, film and television actor. He was a winner of a Tony Award, two Academy Awards and an Emmy Award, making him one of 24 Triple Crown of Acting winners. He was also a United States Navy decorated combat veteran of World War II. 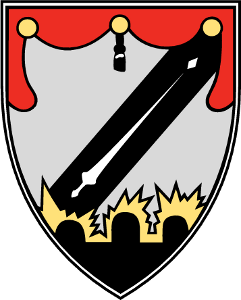 The Yale School of Drama is a graduate professional school of Yale University located in New Haven, Connecticut. Founded in 1924 as the Department of Drama in the School of Fine Arts, the school provides training in every discipline of the theatre: acting, design, directing, dramaturgy and dramatic criticism, playwriting, stage management, technical design and production, and theatre management.

Eric Russell Bentley is a British-born American theater critic, playwright, singer, editor, and translator. In 1998, he was inducted into the American Theatre Hall of Fame. He is also a member of the New York Theater Hall of Fame, recognizing his many years of cabaret performances.

Tsai Chin is a Chinese–English actress, singer, director, teacher and author best known in America for her role as Auntie Lindo in the film The Joy Luck Club.

Two American Academy of Arts and Letters Gold Medals are awarded each year by the academy for distinguished achievement. The two awards are taken in rotation from these categories:

Philip Handler was an American nutritionist, and biochemist. He was President of the United States National Academy of Sciences for two terms from 1969 to 1981. He was also a recipient of the National Medal of Science. 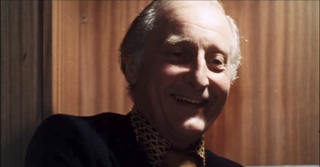 Basavaraju Venkata Padmanabha Rao, popularly known as Padmanabham, was an Indian film, character actor, comedian, director and producer known for his works predominantly in Telugu cinema. Padmanabham is regarded as one of the finest comic actors of India, noted particularly for his comic expressions, and dialogues during the golden age of Telugu cinema. Padmanabham was essentially a theatre artist, although he also found success in cinema, and has acted in over 400 feature films. He made his film debut in 1945 with Mayalokam. He co-founded a Theatre group with his friend Vallam Narasimha Rao, Rekha and Murali Arts with S. P. Kodandapani as their music director.

Don Richardson was an American actor, director, acting teacher, as well as an author.

Sidney Gross’ was an American artist and painter. His early style was influenced by the Social realism. He also drew on the Surrealist Movement that was just beginning the year he was born. By the time he was twenty, he was painting distinctively urban surrealism, while producing critically admired portraits, something he continued to do during his lifetime.