The eldest son of David Fane, 15th Earl of Westmorland and his wife Barbara Jane, he was educated at Eton College and then in Spain. In 1985, he married Caroline Fairey, by whom he has one daughter: [1]

He was a director of Phillips the Auctioneers from 1994 until 2002 and then of Bonhams until 2003. In that year he joined Piers Watson to found Watson Westmorland, an independent art appraisal firm. [1]

Westmorland is a Fellow of the Royal Geographical Society, life president of the St Moritz Sporting Club, and was a member of the Orbitex North Pole research expedition in 1990. [1]

David Anthony Thomas Fane, 15th Earl of Westmorland,, styled Lord Burghersh until 1948, was a British courtier, landowner and member of the House of Lords.

Frederick Ponsonby, 3rd Earl of Bessborough, styled the Viscount Duncannon from 1758–1793, was an Anglo-Irish peer.

Thomas Fane, 8th Earl of Westmorland was a British MP for Lyme Regis and a lord commissioner of trade. He was an ancestor of the writer George Orwell.

John Fane, 7th Earl of Westmorland, styled The Honourable John Fane from 1691 to 1733 and Lord Catherlough from 1733 to 1736, was a British Army officer and politician who sat in the House of Commons in three separate stretches between 1708 and 1734.

Colonel George Fane was an English politician who sat in the House of Commons at various times between 1640 and 1663. He fought in the Royalist army in the English Civil War. 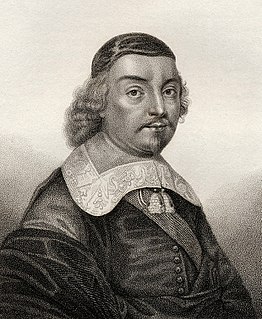 Vere Fane, 4th Earl of Westmorland, styled The Honourable Vere Fane from 1644 to 1661 and Sir Vere Fane from 1661 to 1691, was a British peer and Member of Parliament for Peterborough and twice for Kent.

Sir Francis Fane, KB, of Fulbeck, in Lincolnshire, was a writer of stage plays and poems and a courtier in the Restoration court of Charles II of England.