An heir presumptive is the person entitled to inherit a throne, peerage, or other hereditary honour, but whose position can be displaced by the birth of an heir apparent or of a new heir presumptive with a better claim to the position in question. [1] [2]

Depending on the rules of the monarchy, the heir presumptive might be the daughter of a monarch if males take preference over females and the monarch has no sons, or the senior member of a collateral line if the monarch is childless or the monarch's direct descendants cannot inherit (either because they are daughters and females are completely barred from inheriting, because the monarch's children are illegitimate, or because of some other legal disqualification, such as being descended from the monarch through a morganatic line or the descendant's refusal or inability to adopt a religion the monarch is required to profess). In either case, the subsequent birth of a legitimate child to the monarch may displace the former heir presumptive by a new heir apparent or heir presumptive. It is not assumed that the monarch and his or her consort are incapable of having further children; on the day before Queen Elizabeth II ascended the throne, her father George VI was gravely ill and her mother was in her early 50s, but Elizabeth was still considered the heir presumptive rather than the heir apparent.

Heir presumptive, like heir apparent, is not a title or position per se. Rather, it is a general term for a person who holds a certain place in the order of succession. In some monarchies, the heir apparent bears, ipso facto , a specific title and rank (e.g., Denmark, Netherlands, United Kingdom), this also sometimes being the case for noble titleholders (e.g., Spain, United Kingdom), but the heir presumptive does not bear that title. In other monarchies (e.g., Monaco, Spain) the first in line to the throne bears a specific title (i.e., "Hereditary Prince/Princess of Monaco", "Prince/Princess of Asturias") by right, regardless of whether she or he is heir apparent or heir presumptive.

In the English and Welsh common law of inheritance, there is no seniority between sisters; where there is no son to inherit, any number of daughters share equally. Therefore, certain hereditary titles can have multiple simultaneous heirs presumptive. Since the title cannot be held by two people simultaneously, two daughters (without a brother) who inherit in this way would do so as co-parceners and before they inherit, both would be heirs presumptive. In these circumstances, the title would in fact be held in abeyance until one person represents the claim of both, or the claim is renounced by one or the other for herself and her heirs, or the abeyance is ended by the Crown. There are special procedures for handling doubtful or disputed cases.

Heirs presumptive as of 2021

Past heirs presumptive who did not inherit thrones 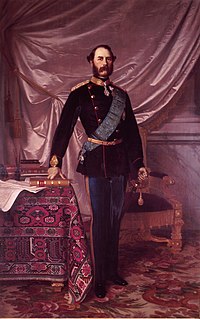 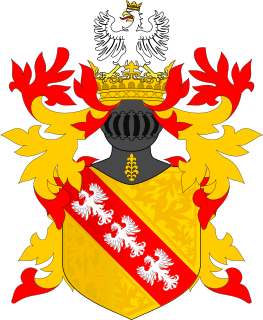 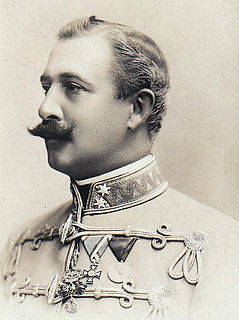 Archduke Otto Franz Joseph Karl Ludwig Maria of Austria was the second son of Archduke Karl Ludwig of Austria and his second wife, Princess Maria Annunciata of Bourbon-Two Sicilies. He was the father of Charles I of Austria, the final Emperor of Austria.

Louis Ferdinand, Prince of Prussia was a member of the princely House of Hohenzollern, the abolished German throne. He was also noteworthy as a businessman and patron of the arts.

Frederick Ferdinand, Hereditary Prince of Denmark was grandson of King Frederick V and heir presumptive to the throne from 1848 until his death. Had he lived five months longer, he would have outlived his nephew, King Frederick VII, and become King of Denmark. 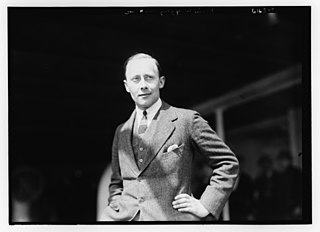 Prince Wolfgang of Hesse-Kassel was the designated Hereditary Prince of the monarchy of Finland, and as such, already called the Crown Prince of Finland officially until 14 December 1918, and also afterwards by some monarchists.

Count Christian of Rosenborg was a member of the Danish royal family. Born Prince Christian of Denmark, he was high in the line of succession until the constitution was changed in 1953 to allow females to inherit the crown, placing his branch of the dynasty behind that of his cousin Margrethe and her two younger sisters. He later gave up his princely rank and his rights to the throne in order to marry a commoner.

Prince Baudouin of Belgium was the first child and eldest son of Prince Philippe, Count of Flanders, and his wife, Princess Marie of Hohenzollern-Sigmaringen. 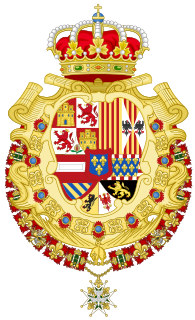 Princess Caroline of Denmark, was the eldest surviving daughter of King Frederick VI. She was unofficially known as "Kronprinsesse Caroline" prior to her marriage, and later as "Arveprinsesse Caroline". She married her father's first cousin, Hereditary Prince Ferdinand, who was heir presumptive to the throne from 1848 to 1863.

Since William the Conqueror claimed the English throne, succession has been determined by bequest, battle, primogeniture, and parliament.

The Monarchy of Germany was the system of government in which a hereditary monarch was the sovereign of the German Empire from 1871 to 1918.

The House of Urach is a morganatic cadet branch of the formerly royal House of Württemberg. Although the Württemberg dynasty was one of many reigning over small realms in Germany into the 20th century, and despite the fact that marital mésalliances in these dynasties usually disinherited the descendants thereof, the Dukes of Urach unusually managed to elicit consideration for candidacy for the thrones of several European states, viz. the Kingdom of Württemberg, the Principality of Monaco, the abortive Kingdom of Lithuania and even the Principality of Albania. Although none of these prospects came to fruition, they reflected monarchical attempts to accommodate the rapid shifts in national allegiance, regime and international alliances that intensified throughout the 19th century, leading up to and following Europe's Great War of 1914-1918.

The Crown Prince of Greece is the heir to the throne of modern Greece. Since the abolition of the Greek monarchy by the then-ruling military regime on 1 June 1973, it is merely considered a courtesy title. 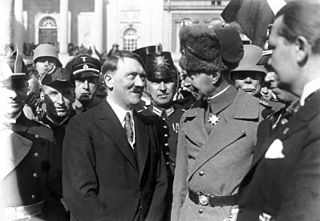 Beginning in 1925, some members of higher levels of the German nobility joined the Nazi Party, registered by their title, date of birth, NSDAP Party registration number, and date of joining the Nazi Party, from the registration of their first prince (Ernst) into NSDAP in 1928, until the end of WWII in 1945.