In October 1958, Catholics of the Dayton area pledged $4,953,050 to help pay the costs of building Catholic high schools in the area. Among the schools built with this money were Archbishop Alter High School and its mirror image, Carroll High School, built the previous year. Development of Alter High School was led by Reverend Paul F. Leibold, and, at the request of the people, the school was named after Archbishop Karl Alter. Archbishop Karl Alter was born on August 18, 1885, and died on August 23, 1977.

The school saw its first students on September 5, 1962, with an incoming class of 250 freshmen. In each of the next three years a new freshman class would be added, so, by the year 1965, the school offered grades 9 through 12, with the first class graduating in 1966.

Alter High School's faculty is composed of diocesan priests of the Archdiocese of Cincinnati, Sisters of Charity of Mount St. Joseph, and lay teachers.

Alter features a strong STEM Curriculum through a partnership with Project Lead the Way. Alter has earned a Governor's Award for STEM education and has added 6 new labs to the school since 2009. 20 Students participated in the State Science Fair and 4 earned perfect scores in 2014. Every student at Alter is now equipped with a laptop computer complete with Microsoft Office software. The OGT pass rate at Alter is 100%.

The school provides AP classes, which offer the prospect of college credit as well as a weighted grade. Alter students have already proven to consistently exceed state and national test averages due, in part, to the supplemental course offerings they can take, in addition to the ample amounts of study halls offered. Alter graduates commonly attend the University of Cincinnati, University of Dayton, Wright State University, Miami University (Ohio), Ohio State University, and Ohio University.

The Taylor College Lab at Alter was provided by a generous donation and operated by Sinclair College, it offers students a way to take classes for college credit and remain on Alter's campus. Students may use this facility to take practice exams for ACT, SAT and other academic tests. They may also work on college résumés and applications in the lab and along with the guidance office was responsible for the $15,500,000 full and partial academic, athletic and arts scholarships generated by the Class of 2014.

A student's school day begins at 8:00 AM and ends at 3:05 PM and the schedule was changed for the 2009–2010 school year to include eight 46-minute class periods and a 25-minute lunch period, with three minutes between each period to change classes. This change has allowed the students more flexibility with choosing electives or study halls within their schedules.

Alter prides itself that the opportunities it provides to its students are not exclusively academic and athletic - the school offers a number of opportunities in the creative and performing arts. Alter is currently raising money to add an Arts Wing to the school to help the Arts program grow.

Though it may not be comparable in size to many of the other high school programs in the area, the Alter High School music department has seen growth in recent years. Alter students can choose to participate in multiple ensembles during the year: the Marching Knights, Jazz Band, Pep Band, Wind Ensemble, String Ensemble, Woodwind and Brass Ensembles, Winter Guard and Winter Drumline.

In the late 1990s and early 2000s, Alter’s theatre program grew into its own department with additional classes and very impressive productions. Several shows since 2001 have brought first and second place state awards in categories of Group Musical, Solo, Lighting, Sound, Design, Duet and Playwrighting, including How to Succeed in Business without Really Trying, Teahouse of the August Moon, Anything Goes and Cabaret. Alter has gained acclaim within the Miami Valley for excellence in arts education. This due to strong support from the community and administration and a tradition of excellence over the years by theatre directors Bob Heman, Trace Crawford, Bryan Wallingford, Katie Arber, and (currently) Megan Wean-Sears. The school's Theatre department has produced many stellar productions (see list below). Another unique facet of the program is Alter's Thespian Troupe (#5802), a chapter of an international organization dedicated to the celebration of achievement in theatre arts education. Alter proudly takes place in many thespian-related activities.

Archbishop Alter High School's team nickname is the Knights; their colors are brown and gold. In general, both the boys' and girls' teams belong to the GCL-CoEd (Greater Catholic League).

Home basketball and volleyball games are played in the school gym. The school also owns a soccer field encircled by a track, where the soccer team plays its home games and the track and field team practices. Although they have a four lane track, Alter High School does not own a football field, so home football games are typically held at other local high schools such as Fairmont High School or Centerville High School. The head football coach is Ed Domsitz and he has led the Alter Knights to 5 final four state championship appearances, including two back-to-back state championships in 2008 and 2009.

*Note - The OHSAA does not hold team state championship tournaments for tennis or boys volleyball. Rather, they are administered by the state coaches' association of their respective sports.

A full listing of the boys' sports offered at Alter High School:

A full listing of the girls' sports offered at Alter High School:

Alter High School is marked by the school spirit of its students. Every Friday is Spirit Day, on which students are allowed to wear a spirit shirt of the school colors along with the standard uniform pants. Sporting events, especially football and basketball games, are well-attended by students. A tradition of dress up "themes" for each of the home football games has developed as a fun display of school spirit. Past themes include "Knight Night" and "Alter Teacher Night.” The theme of the homecoming game is always "Toga Night." Pep rallies are common on the days of rivalry games.

The Alma Mater is played by the school band at the end of every pep rally and on various other occasions. While it is played, students extend their arms over the shoulders and neck of those to their left and right and sway together with the music. When the lyrics reach "High in Hope and Spirit," the student unjoin and proceed to raise and lower their right arms, index finger extended as if pointing, holding the position at the end of each line until the song ends. The Alma Mater was written by one of the first nuns to teach at the school.

Although not as common as the Alma Mater, Alter High School also has a fight song. This may be sung on occasions such as a team bus ride to a sporting event or after a victory, but is most commonly sung on the bus after a football victory. After the game, the team will go over to the student section and sing the fight song. The Fight Song was written by one of the first nuns to teach at Alter. 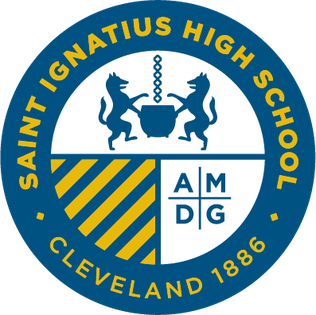 Saint Ignatius High School is a private Roman Catholic, Jesuit high school under the Diocese of Cleveland, for boys, located in the Ohio City neighborhood of Cleveland, Ohio.

Lake Hamilton High School is a public secondary school for grades 10 through 12 located in Pearcy, Arkansas located near Lake Hamilton and Lake Catherine. LHHS supports more than 900 students with more than 50 educators.

Paul Laurence Dunbar (PLD) is a high school located at 1600 Man o' War Boulevard on the southwest side of Lexington, Kentucky, United States. The school is one of six high schools in the Fayette County Public Schools district. 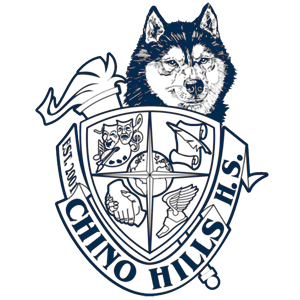 Chino Hills High School, abbreviated CHHS, is located in Chino Hills, California, United States and is a public comprehensive high school serving a student body from three cities in the Chino Valley Unified School District. The school was established in 2001 and is located in the City of Chino Hills, which is in the southwest corner of San Bernardino County. The City of Chino Hills was incorporated in 1991, and is now a community of 84,364. Chino Valley Unified School District serves over 29,000 students in Chino, Chino Hills, and south Ontario. The district employs over 2,600 people, and supports thirty-five schools including four comprehensive high schools and one continuation school.

Kettering Fairmont High School is located in Kettering, Ohio, United States. It is home to approximately 2,500 students, making it the 6th largest high school in Ohio.

Choctawhatchee High School is a high school in Fort Walton Beach, Florida. It is the only school in Okaloosa County to offer the International Baccalaureate Diploma Programme. It also offers the Advanced Placement Program and honors classes, AFJROTC, an aviation program,, and pre-engineering classes. Its newest innovation is the Information Technology Institute housing the Academy of Web Design as well as the Academy of Digital Design. Choctaw has received Florida's highest rating of A+ for many years.

Beechcroft High School is a four-year high school located on the north side of Columbus, Ohio. It is a part of Columbus City Schools. Beechcroft was first opened in 1976 as a six-year junior/senior high school. At that time, school enrollment peaked at 1,200+ students. Current enrollment is 950 students.

Hebron High School (HHS) is one of five public high schools in the Lewisville Independent School District and is located in Carrollton, Texas. The school opened in 1999 and was the fourth high school to do so in its district. It services communities from far west Plano, southwest Frisco, small portions of far east The Colony, far north Carrollton, and far southeast Lewisville. Hebron serves grades ten through twelve; ninth graders attend the adjacent Hebron High School 9th Grade Campus. In 2015, the school was rated “Met Standard” by the Texas Education Agency. Hebron is currently classified as a 6A school by the University Interscholastic League. 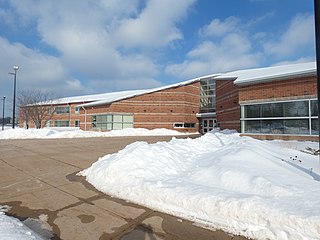 Robert S. Rogers High School is located in west Toledo, Ohio, United States. It has been part of Toledo Public Schools since 1964, when Adams Township was annexed by the city. The school motto is "Writing success stories... one student at a time." As of 2008, with the exception of 2012-13, the school principal is Kelly Welch.