Arthur Louis Shamsky (nicknamed "Sham" and "Smasher"; [1] born October 14,1941) is an American former Major League Baseball player. He played right field,left field,and first base from 1965 to 1972 for the Cincinnati Reds,New York Mets,Chicago Cubs,and Oakland Athletics. He tied a major league record by homering in four consecutive at bats in 1966. He was an integral player on the 1969 World Series Champion Miracle Mets,batting .300 with 14 home runs (both second on the team) while platooning,and then hitting .538 in the post-season batting cleanup. In 2007,he was the manager of the Modi'in Miracle of the Israel Baseball League.

Shamsky is Jewish,and was born in St. Louis to William (whose family came from Ukraine) and Sadie Shamsky (whose family came from Poland),and grew up in its University City neighborhood. [1] [2] [3] He attended University City High School in St. Louis and played on the school's baseball team,as did pitcher Ken Holtzman four years later—who in 1972 was his teammate on the Oakland A's. [1] [4] He also played basketball for the school,and graduated at the age of 16. [1]

After playing ball for the University of Missouri in his freshman year in 1958–59,Shamsky was signed by Cincinnati as a free agent in September 1959. [1] [5] He said:"My father would have preferred that I had gone into business,but he was into baseball and I think he was thrilled when I signed. My mother certainly wanted me to go to college and become a doctor,of course. What else is a Jewish boy supposed to do?" [1]

In 1965,when he was 23 years old Shamsky made the Cincinnati Reds out of spring training as a sub,and hit .260. [5] In the winter of 1965,he played for Cangrejeros de Santurce in the Puerto Rican Winter League. [1]

Shamsky tied a major league record by homering in 4 consecutive at bats for the Reds on August 12 and 14,1966. The first three home runs were hit in a game in which he was inserted in the eighth inning as part of a double switch. [7] He homered in the bottom half of that inning and remained in the game to hit home runs in his next two extra-inning at bats,extending the game each time. The feat made Shamsky the first player in Reds history to hit two home runs in extra innings in one game. He is also the only player in Major League history to hit three home runs in a game in which he was not in the starting lineup. [1] The fourth home run was hit as a pinch hitter in the next game he played,on August 14. [8] His bat from that day is on display at the National Baseball Hall of Fame and Museum. [6] He finished the year with 21 home runs (second on the team) and 47 RBIs,and a .521 slugging percentage,in only 234 at bats. [5]

The Reds traded Shamsky to the New York Mets for infielder Bob Johnson in November 1967. [5] Having suffered from back pain the prior season,he had off-season surgery to have a cyst removed from his tailbone. [1] He initially found living in New York City to be intimidating,but eventually he "fell in love with the energy,got to know the city a bit. My life changed." [9] He became a favorite of Jewish fans in New York. [10]

In 1969 Shamsky hit .300 (second on the team),with a .375 on-base percentage,a .488 slugging percentage,and 14 home runs (second on the team) as half of a right field platoon with Ron Swoboda for the World Champion Mets. [5] He did this in pain,while suffering from a slipped disk in his back that was pressing against his sciatic nerve;one doctor told him he might never play again. [1] Shamsky was the regular starter against right-handed pitchers,with Swoboda starting against lefties. He batted .385 as a pinch hitter,and .388 in games that were late and close. [11] He still gets comments about his decision to not play on Yom Kippur that year. "The funny thing was,the Mets won both ends of a double header" that day,he later said. [9]

Shamsky's torrid hitting continued into the 1969 post-season. He started all three games of the NLCS,where he batted .538 batting cleanup,leading all batters. [5] [1] In the World Series,Shamsky started only in Game 3,which was played on his 28th birthday. He went hitless in six at-bats in the series.

After an injury-ridden season,he was traded with Jim Bibby,Rich Folkers and Charlie Hudson from the Mets to the St. Louis Cardinals for Jim Beauchamp,Harry Parker,Chuck Taylor and Chip Coulter on October 18,1971. [12] In April 1972 he was released by the St. Louis Cardinals,and five days later signed as a free agent with the Chicago Cubs. [5]

After playing 22 games for the Chicago Cubs in 1972,Shamsky was purchased by the Oakland A's in June of that year,but he was released in July. [5] A chronic back injury was a factor in his decision to retire in 1972 at 30 years of age after 13 years in pro baseball,with 68 homers and a World Series ring. [10]

After his baseball career,Shamsky became a real estate consultant with First Realty Reserve,and a sports radio and television broadcaster for WFAN, [14] WNYW television,ESPN television,WNEW television Channel 5 in New York City,as well as a play-by-play and color commentator for the New York Mets on radio and television. In addition,he hosted a talk show on WFAN Sports Radio,and has written featured guest editorials for the sports section of The New York Times . [15]

He owned a New York restaurant,"Legends."

He has written two books,including The Magnificent Seasons:How the Jets,Mets,and Knicks Made Sports History and Uplifted a City and the Country,with Barry Zeman (Thomas Dunne Books). The book is about the New York Jets,New York Mets,and New York Knicks all winning championships for the first time in 1969 and 1970. [8] His second book,out in 2019,After the Miracle,written with Erik Sherman,was on the New York Times bestseller list.

In Everybody Loves Raymond ,Ray and Robert's childhood bulldog was named after Shamsky,and as an adult,Robert named his new bulldog Shamsky II. Shamsky made an appearance,along with several other members of the 1969 Mets,in the series as themselves ("Big Shots" –Season 3,Episode 19). [8] Robert has referred to Shamsky in more than one episode,claiming he homered his first time at bat as a Met,which is actually not true.

Comedian Jon Stewart named one of his pit bulls Shamsky,after the player. [17] 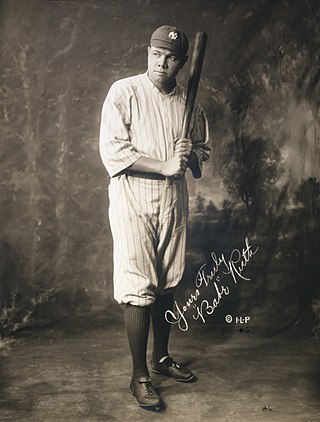 In baseball statistics,slugging percentage (SLG) is a measure of the batting productivity of a hitter. It is calculated as total bases divided by at bats,through the following formula,where AB is the number of at bats for a given player,and 1B,2B,3B,and HR are the number of singles,doubles,triples,and home runs,respectively: 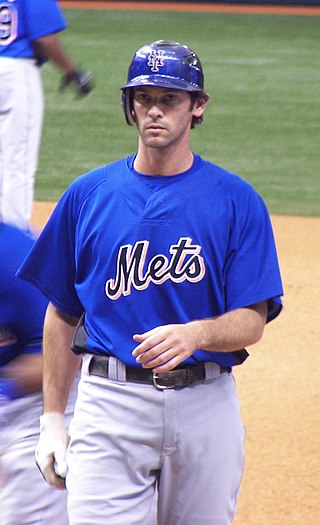 Shawn David Green is an American former Major League Baseball right fielder. Green was a 1st round draft pick and a two-time major league All-Star. He drove in 100 runs four times and scored 100 runs four times,hit 40 or more home runs three times,led the league in doubles,extra base hits,and total bases,won both a Gold Glove Award and a Silver Slugger Award,and set the Dodgers single-season record in home runs. Green was also in the top five in the league in home runs,RBIs,intentional walks,and MVP voting. 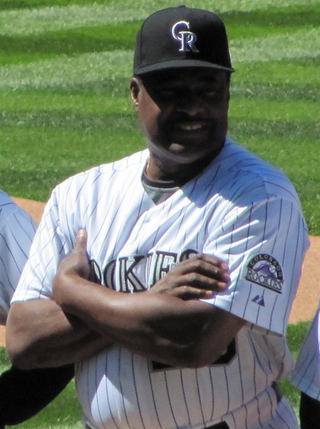 Don Edward Baylor was an American professional baseball player and manager. During his 19 seasons in Major League Baseball (MLB),Baylor was a power hitter known for standing very close to home plate and was a first baseman,left fielder,and designated hitter. He played for six different American League (AL) teams,primarily the Baltimore Orioles and California Angels,but he also played for the Oakland Athletics,New York Yankees,Minnesota Twins,and Boston Red Sox. In 1979,Baylor was an All-Star and won the AL Most Valuable Player Award. He won three Silver Slugger Awards,the Roberto Clemente Award,and was a member of the 1987 World Series champion Minnesota Twins.

Ronald Mark Blomberg,nicknamed "Boomer",is an American former professional baseball player and minor league manager. He played in Major League Baseball as a designated hitter,first baseman,and right fielder. He played for the New York Yankees and Chicago White Sox (1978),and was the manager of the Bet Shemesh Blue Sox in the Israel Baseball League (2007). He was the first designated hitter in Major League Baseball history. He batted left-handed,and threw right-handed. 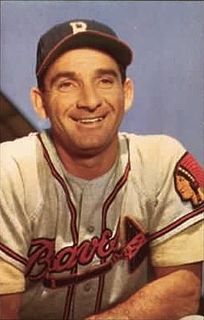 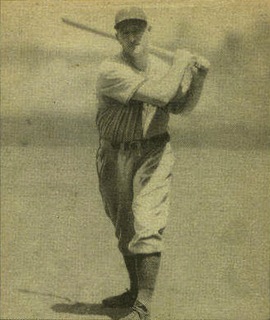 Joseph Franklin Demaree was an American baseball outfielder. He played all or part of twelve seasons in the majors for the Chicago Cubs,New York Giants (1939–41),Boston Braves (1941–42),St. Louis Cardinals (1943) and St. Louis Browns (1944).

The Israel Baseball League was a six-team professional baseball league in Israel. The first game was played on June 24,2007.

The Modi'in Miracle was an Israeli baseball team from Modi'in in the Israel Baseball League.

The Beit Shemesh Blue Sox were an Israeli baseball team from Bet Shemesh.

The Colorado Rockies' 1999 season was the seventh for the Major League Baseball (MLB) franchise located in Denver,Colorado,their seventh in the National League (NL),and fifth at Coors Field. The team competed in the National League West,finishing in fifth and last place with a record of 72–90. Jim Leyland,a longtime manager in MLB,debuted as the Rockies' new manager,and resigned following the season. 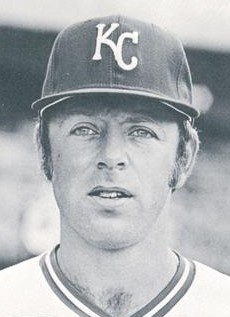 James Edward Dwyer is an American former baseball player who was an outfielder for 18 seasons in Major League Baseball (MLB) for seven different teams between 1973 and 1990. Listed at 5' 10",185 lb.,he batted and threw left-handed. 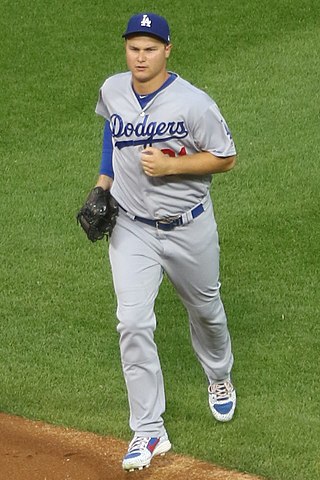 Joc Russell Pederson is an American professional baseball outfielder for the San Francisco Giants of Major League Baseball (MLB). He has previously played in MLB for the Los Angeles Dodgers,Chicago Cubs,and Atlanta Braves. He is a two-time World Series champion,and a two-time All Star.

Benjamin James Guez was drafted by the Tigers in 2008,and has played in Detroit's organization from to 2008-2014. He played in the Milwaukee Brewers organization from 2014-2016. In 2012,he was named an MiLB.com Organization All Star for the season,and the Scout.com Toledo Mud Hens Player of the Year. Guez also played for the Israel national baseball team in the Qualification Round to the 2013 World Baseball Classic,playing under the team's manager Brad Ausmus.

Zachary Borenstein is an American professional left-handed-hitting baseball outfielder who is currently a free agent. 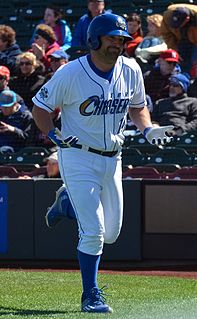