The Women's long jump at the 1952 Olympic Games took place on July 23 at the Helsinki Olympic Stadium. Yvette Williams from New Zealand won the gold medal and set a new Olympic record. [1]

Prior to this competition, the existing world and Olympic records were as follows.

The following new Olympic records was set during this competition.

Qualifying Performance 5.30 advance to the Final. 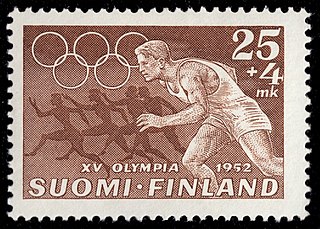 The equestrian events at the 1952 Helsinki Summer Olympics included dressage, eventing, and show jumping. All three disciplines had both individual and team competitions and were held from 28 July to 3 August 1952. 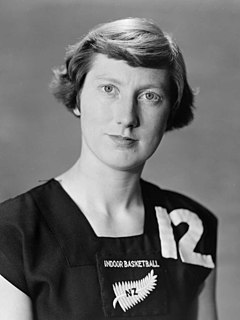 Mikio Oda was a Japanese athlete and the first Japanese Olympic gold medalist. He was the first Asian Olympic champion in an individual event. 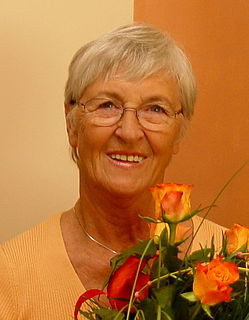 Elżbieta Maria Krzesińska was a track and field athlete from Poland, who competed in the long jump. Born in Warsaw, she competed for her native country at the 1956 Summer Olympics held in Melbourne, Australia where she won the gold medal in the Women's Long Jump. She returned to the 1960 Summer Olympics in Rome but failed to defend her title, finishing second behind Soviet Vera Krepkina.

These are the official results of the men's pole vault event at the 1952 Summer Olympics in Helsinki, Finland. The final was held on Tuesday July 22, 1952.

These are the official results of the women's long jump event at the 1992 Summer Olympics in Barcelona, Spain. There were a total of 35 participating athletes and one non starter. 6.75 metres to reach final or best 12.

The women's 200 metre breaststroke event, included in the swimming competition at the 1952 Summer Olympics, took place on 26–29 July, at the Helsinki Swimming Stadium. In this event, swimmers covered four lengths of the 50-metre (160 ft) Olympic-sized pool employing the breaststroke. It was the sixth appearance of the event, which first appeared at the 1924 Summer Olympics in Paris. A total of 33 competitors from 19 nations participated in the event.

Peter Wells was a British-born athlete who competed in the High Jump at the 1952 and 1956 Summer Olympics.