Ayer Cottage was the place of first meeting of Pomona College on September 12, 1888 in Pomona, California in Los Angeles County. [1] It was designated a California Historic Landmark (No.289) on June 27, 1938. It was built in 1887, and in 1888 rented to the college so that classes could be held there. The cottage had five rooms, each used as classrooms. [2] The cottage has since been demolished and is now a burger stand at about 500 S White St., although a commemorative marker on the site is present. [1] [3] [4]

Pomona College was incorporated on October 14, 1887, by a group of Congregationalists who wanted to recreate a "college of the New England type" in Southern California. Tuition was initially set at $60 per year for the Collegiate Department. [2] After holding classes at Ayer College for two years, it planned to relocate to Piedmont Mesa north of Pomona, but was instead offered the site of an unfinished hotel in Claremont, California, a few miles away. The trustees chose to accept the offer, and the college relocated there in 1889 but kept its name. The hotel building would eventually become Sumner Hall, the current location of the college's admissions office. The college’s first graduating class, in 1894, had ten members. [5]

Pomona College founders’ values led to the college’s belief in educational equity. Like other Congregationalist-founded colleges such as Harvard, Dartmouth, Middlebury, and Bowdoin, Pomona received its own governing board, ensuring its independence. [5] The board of trustees was originally composed of graduates of Williams, Dartmouth, Bates and Yale, among others.

Pomona College went on to become the founding member of the Claremont Colleges consortium in the 1920s. Today, it is fully nonsectarian, and is widely considered the premier liberal arts college on the West Coast. [6]

NO. 289 FIRST HOME OF POMONA COLLEGE - Pomona College, incorporated October 14, 1887, held its first class in this small frame cottage on September 12, 1888. Those in attendance consisted of a mere handful of eager students, five faculty members, and the president, Professor Edwin C. Norton. Five months later, in January 1889, the college moved to an unfinished boom hotel on a plot of land in the town of Claremont.

Harvey Mudd College (HMC) is a private college in Claremont, California, focused on science and engineering. It is part of the Claremont Colleges, which share adjoining campus grounds and resources. The college enrolls 895 undergraduate students as of 2019, and awards the Bachelor of Science degree. 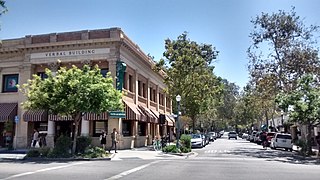 Claremont is a suburban city on the eastern edge of Los Angeles County, California, United States, 30 miles (48 km) east of downtown Los Angeles. It is in the Pomona Valley, at the foothills of the San Gabriel Mountains. As of the 2010 census it had a population of 34,926, and in 2019 the estimated population was 36,266. 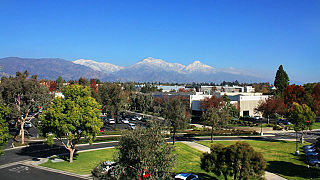 Pomona College is a private liberal arts college in Claremont, California. It was established in 1887 by a group of Congregationalists who wanted to recreate a "college of the New England type" in Southern California, and in 1925 it became the founding member of the Claremont Colleges consortium of adjacent, affiliated institutions. 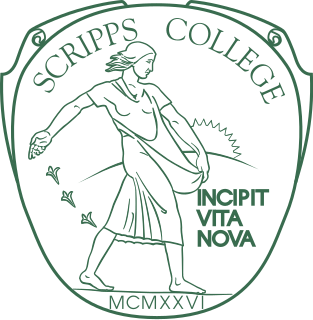 Scripps College is a private liberal arts women's college in Claremont, California. Founded in 1926, it had an enrollment of 1,109 students as of 2019. It is a member of the Claremont Colleges and is known for its extensive interdisciplinary core curriculum and historic campus. 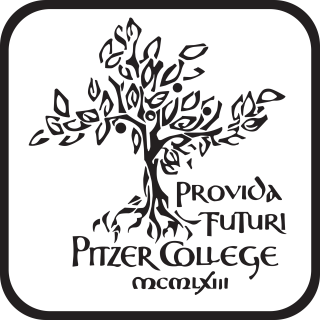 Pitzer College is a private residential liberal arts college in Claremont, California. One of the Claremont Colleges, the college has a curricular emphasis on the social sciences, behavioral sciences, international programs, and media studies. Pitzer is known for its social justice culture, nonconformist student body, and experimental pedagogical approach.

The Pomona Valley is located in the Greater Los Angeles Area between the San Gabriel Valley and San Bernardino Valley in Southern California. The valley is approximately 30 miles east of downtown Los Angeles, which can often be seen from nearby foothills. It ranges from the city of San Dimas from the far west to Rancho Cucamonga to the far east portion of the valley. The alluvial valley is formed by the Santa Ana River and its tributaries.

The Student Life is a student newspaper covering the Claremont Colleges (7Cs), a consortium of liberal arts colleges in Claremont, California. It is published weekly each Friday during the academic year, typically spans roughly ten pages per issue, and is primarily funded by the student governments of the colleges. 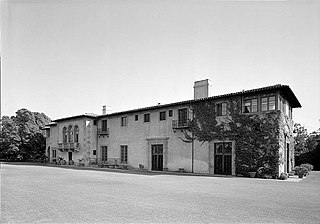 Sumner Spaulding (1892–1952) was an American architect and city planner. He is best known for designing the Harold Lloyd Estate, a.k.a. Greenacres, in Beverly Hills, California, the Catalina Casino in Avalon on Santa Catalina Island, California, and the Malaga Cove Plaza in Palos Verdes Estates, California. 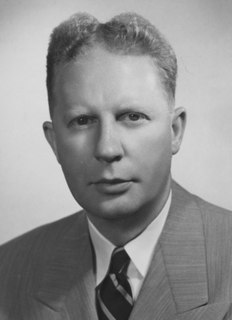 Elijah Wilson Lyon was a diplomatic historian who served as the sixth President of Pomona College from 1941 to 1969. He studied at the University of Mississippi and Colgate University, and was a Rhodes Scholar at Oxford University.

The Mabel Shaw Bridges Music Auditorium, more commonly known as Bridges Auditorium or Big Bridges, is a 2500-seat auditorium at Pomona College in Claremont, California, United States. It was designed by William Templeton Johnson and opened in 1932. It hosts a variety of performances for the college and outside groups.

Pomona-Pitzer Sagehens is the joint athletics program for Pomona College and Pitzer College, two of the Claremont Colleges. It competes in the Southern California Intercollegiate Athletic Conference (SCIAC) of the NCAA Division III. Its mascot is Cecil the Sagehen. Its primary rival is the Claremont-Mudd-Scripps Stags and Athenas, the joint team of the three other undergraduate Claremont Colleges.

Numerous traditions have been established at Pomona College, a highly selective liberal arts college in Claremont, California, since its founding in 1887. They have varying levels of popularity, longevity, and institutional recognition. Taken together, they are a significant component of the school's culture and identity, promoting social cohesion among students and other community members.

On the Loose is an outing club for the undergraduate Claremont Colleges (5Cs), a consortium of five highly selective liberal arts colleges based in Claremont, California. It organizes trips to outdoor destinations around Southern California and the Western United States.

The Associated Students of Pomona College, commonly abbreviated as ASPC, is the student government of Pomona College, an elite liberal arts college in Claremont, California, United States. It was founded in 1904, and is composed of elected representatives. Its primary functions are distributing extracurricular funds, conducting advocacy, running student programming, and providing various student services.

The Benton Museum of Art at Pomona College, known colloquially as the Benton, is an art museum at Pomona College in Claremont, California. It was completed in 2020, replacing the Montgomery Art Gallery, which had been home to the Pomona College Museum of Art (PCMA) since 1958. It houses a collection of approximately 15,000 works, including Italian Renaissance panel paintings, indigenous American art and artifacts, and American and European prints, drawings, and photographs. The museum is free to the public. 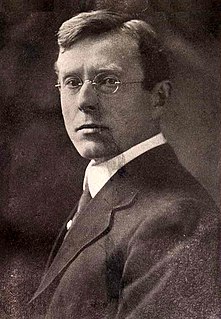 Frank Parkhurst Brackett was an American professor of astronomy.