G. Gabrielle Starr (born 1974) is an American literary scholar,neuroscientist,and academic administrator who is the 10th president of Pomona College,a liberal arts college in Claremont,California. She is known for her work on 18th-century British literature and the neuroscience of aesthetics. She is the recipient of a Guggenheim Fellowship, [1] an NSF ADVANCE award (joint with Nava Rubin),and a New Directions Fellowship from the Mellon Foundation. From 2000 to 2017,she was on the faculty at New York University. In 2017,she became the first woman and first African-American president of Pomona College. [2] [3] Starr was elected a member of the American Academy of Arts and Sciences in 2020. [4]

Starr grew up in Tallahassee,Florida. She began college at Emory University at age 15,where she earned her bachelor's and master's degrees in women's studies in 1993. She then studied at the University of St Andrews in Scotland as a Robert T. Jones Scholar. From there,she earned a Ph.D. in English literature from Harvard University in 1999.

With Susanne Wofford and faculty at NYU,in 2015 Starr co-founded a liberal arts prison education program at Wallkill Correctional Facility in New York State. In addition,Starr,in collaboration with the Borough of Manhattan Community College,initiated a STEM preparation and transfer program,P.O.I.S.E., [8] to provide promising students with support,mentorship,and financial access to encourage them to undertake a bachelor's degree in STEM subjects at NYU.

Starr's research is highly interdisciplinary, [10] [ better source needed ] combining literary scholarship,empirical aesthetics,psychology,and cognitive neuroscience. Her most recent book,Feeling Beauty, [11] proposes a neural model of aesthetic experience that relies on a network of interconnected neural structures. Feeling Beauty was shortlisted for the Christian Gauss Award of Phi Beta Kappa in 2014. [12] Her current research uses functional magnetic resonance imaging to understand the neural basis of aesthetic experiences,providing evidence that the default mode network is involved in the representation of aesthetic appeal. [13] [14] [15] She has published articles in journals including Modern Philology , Eighteenth-Century Fiction , Eighteenth-Century Studies , Proceedings of the National Academy of Sciences , Cognition , Neuron , NeuroImage ,and Psychology of Aesthetics,Creativity,and the Arts . 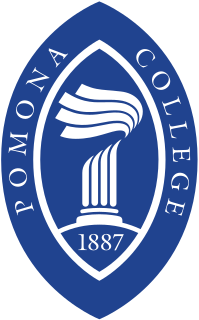 Neuroesthetics is a relatively recent sub-discipline of empirical aesthetics. Empirical aesthetics takes a scientific approach to the study of aesthetic perceptions of art,music,or any object that can give rise to aesthetic judgments. Neuroesthetics is a term coined by Semir Zeki in 1999 and received its formal definition in 2002 as the scientific study of the neural bases for the contemplation and creation of a work of art. Neuroesthetics uses neuroscience to explain and understand the aesthetic experiences at the neurological level. The topic attracts scholars from many disciplines including neuroscientists,art historians,artists,art therapists and psychologists.

David William Oxtoby is an American academic who served as the ninth president of Pomona College. He held the position from July 1,2003,to July 1,2017. A theoretical chemist,he received his bachelor's degree in chemistry and physics at Harvard University and his Ph.D. in chemistry in 1975 from the University of California,Berkeley. Prior to his appointment at Pomona College,he was the Dean of the Physical Sciences Division at the University of Chicago. 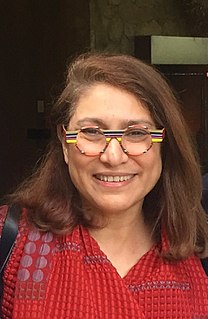 Mahzarin Rustum Banaji FBA is an American psychologist of Indian origin at Harvard University,known for her work popularizing the concept of implicit bias in regards to race,gender,sexual orientation,and other factors.

David Freedberg is professor of the history of art and director of the Italian Academy for Advanced Studies in America at Columbia University,United States. He was also Director of the Warburg Institute at the University of London from July 2015 to April 2017.

Anna Christina Nobre,FBA,MAE,fNASc,known as Kia Nobre is a Brazilian and British cognitive neuroscientist working at the University of Oxford in the United Kingdom.

In neuroscience,the default mode network (DMN),also known as the default network,default state network,or anatomically the medial frontoparietal network (M-FPN),is a large-scale brain network primarily composed of the medial prefrontal cortex,posterior cingulate cortex/precuneus and angular gyrus. It is best known for being active when a person is not focused on the outside world and the brain is at wakeful rest,such as during daydreaming and mind-wandering. It can also be active during detailed thoughts related to external task performance. Other times that the DMN is active include when the individual is thinking about others,thinking about themselves,remembering the past,and planning for the future. 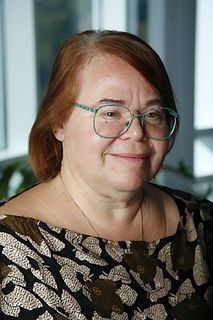 Eve Marder is a University Professor and the Victor and Gwendolyn Beinfield Professor of Neuroscience at Brandeis University. At Brandeis,Marder is also a member of the Volen National Center for Complex Systems. Dr. Marder is known for her pioneering work on small neuronal networks which her team has interrogated via a combination of complementary experimental and theoretical techniques.

Yann AndréLeCun is a French computer scientist working primarily in the fields of machine learning,computer vision,mobile robotics,and computational neuroscience. He is the Silver Professor of the Courant Institute of Mathematical Sciences at New York University,and Vice President,Chief AI Scientist at Meta.

Marisa Carrasco is a Mexican psychologist,who is a professor of psychology and neural science at New York University. She uses human psychophysics,neuroimaging,and computational modeling to investigate the relation between the psychological and neural mechanisms involved in visual perception and attention. 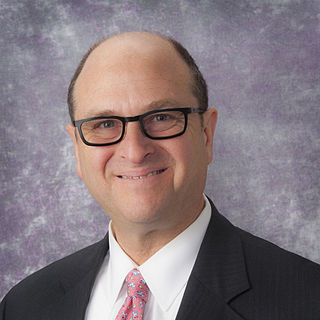 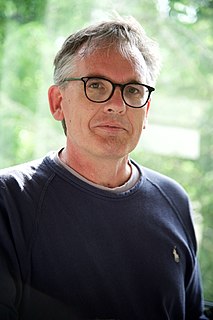 David Poeppel is Professor of Psychology and Neural Science at New York University (NYU). Since 2014,he is also the Director of the Department of Neuroscience at Max Planck Institute for Empirical Aesthetics (MPIEA). In 2019,he co-founded the Center for Language,Music and Emotion (CLaME) an international joint research center,co-sponsored by the Max Planck Society and New York University. Since 2021,he is the Managing Director of the Ernst Strüngmann Institute

Barbara Shinn-Cunningham is an American bioengineer and neuroscientist. She is the founding Director of the Carnegie Mellon University Neuroscience Institute,the George A. and Helen Dunham Cowan Professor of Auditory Neuroscience,and Professor of Psychology,Electrical and Computer Engineering,and Biomedical Engineering. 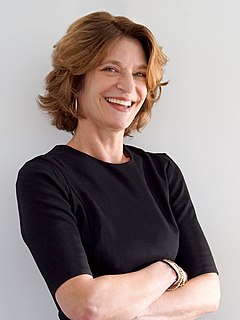 Karen E. Adolph is a psychologist and professor known for her research in the field of infant motor development. She is the 2017 recipient of the Kurt-Koffka medal from the University of Giessen. Previous honors include the 1999 APA Boyd McCandless Award and 2002 American Psychological Foundation Robert L. Fantz Memorial Award. She has served as the President of the International Congress on Infant Studies. Adolph and her colleagues developed computerized video coding software,called Datavyu,and state-of-the-art recording technology to observe and code behavior. A related project,Databrary,provides a repository for video recordings of behavior and encourages open data sharing across research labs. Adolph is a recipient of a MERIT Award from the National Institutes of Child Health and Human Development in support of her innovative research.

Pamela H. Smith is a historian of science specializing in attitudes to nature in early modern Europe (1350-1700),with particular attention to craft knowledge and the role of craftspeople in the Scientific Revolution. She is the Seth Low Professor of History,founding director of the Making and Knowing Project,founding director of the Center for Science and Society,and chair of the Presidential Scholars in Society and Neuroscience,all at Columbia University. Smith is serving a two-year term (2016-2018) as president of the Renaissance Society of America.

Dora Angelaki is a Professor of Neuroscience in the New York University Tandon School of Engineering. She previously held the Wilhelmina Robertson Professorship of Neuroscience at the Baylor College of Medicine. She looks at multi-sensory information flow between subcortical and cortical areas of the brain. Her research interests include spatial navigation and decision-making circuits. She was elected to the National Academy of Sciences in 2014.

Gene Andrew Jarrett is an American professor,literary scholar,and academic administrator. He is Dean of the Faculty and William S. Tod Professor of English at Princeton University.

Cristina Maria Alberini is an Italian neuroscientist who studies the biological mechanisms of long-term memory. She is a Professor in Neuroscience at the Center for Neural Science in New York University,and adjunct professor at the Departments of Neuroscience,Psysciatry,and Structural and Chemical Biology at the Icahn School of Medicine at Mount Sinai in New York. Her research focuses on understanding the cellular and molecular mechanisms underlying the stabilization,storage,and consolidation of long-term memories,as well as memory retrieval and reconsolidation. In 2017 she was elected to the Dana Alliance for Brain Initiatives and awarded the Lombardy Region Rosa Camuna Award in 2019.

Moses V. Chao is a neuroscientist and university professor at NYU Langone Health Medical Center. He studies the mechanisms of neuronal growth factor and teaches courses in cell biology,neuroscience,and physiology. He is a Fellow of the American Association for the Advancement of Science and was President of the Society for Neuroscience in 2012.

Catherine Hartley is an American psychologist and an Associate Professor of Psychology within the Department of Psychology and Center for Neural Science at New York University in New York City. Hartley's research explores how brain development impacts the evaluation of negative experiences,decision-making,and motivated behavior. Her work has helped to elucidate how uncontrollable aversive events affect fear learning and how learning to control aversive stimuli can improve emotional resilience.