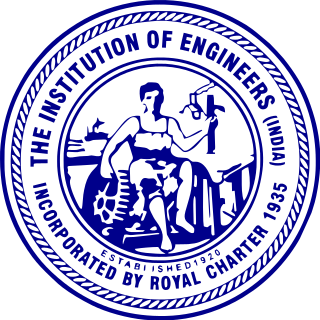 The College of Engineering Trivandrum, commonly known as CET, is the first engineering college in Kerala, situated in Thiruvananthapuram, the capital city of Kerala. It was founded in 1939 during the reign of the Travancore King, Chithira Thirunal Balarama Varma. 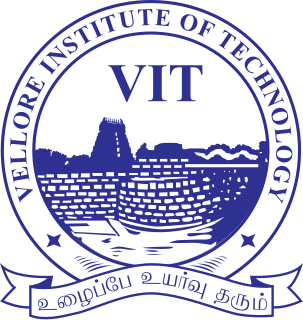 Vellore Institute of Technology (VIT) is a private deemed university located in Katpadi in Vellore, India. Founded in 1984 as Vellore Engineering College by G. Viswanathan, the institution offers 64 Undergraduate, 35 Postgraduate, 16 Integrated, 2 Research and 2 M.Tech Industrial Programmes. It has campuses in Vellore and Chennai and sister universities in Amaravati and Bhopal.

Chaitanya Bharathi Institute of Technology (CBIT) is a private engineering college located in Gandipet, near Financial District, Hyderabad, Telangana, India. The college is affiliated to Osmania University and is accredited by the National Board of Accreditation. The institute received an autonomous status in 2013.

The Indira Gandhi Institute of Technology (IGIT) an autonomous institute is located at Sarang of Parjang block in Dhenkanal district in the Indian state of Odisha. It was established in 1982 by the government of Odisha. In addition to four year undergraduate degree courses, it offers three year Diploma courses in technical disciplines and a 3-year postgraduate degree in computer applications. It also offers five year BArch courses. It offers postgraduate degree courses in engineering. The college has 179 acres (0.72 km2) of land and it is situated near the Brahmani River. Currently, Dr. Satyabrata Mohanta is the director of the institute. 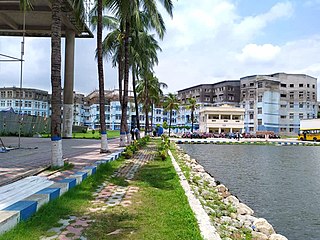 Narula Institute of Technology (NiT) is an autonomous private degree engineering college in West Bengal, India, situated in Agarpara, Kolkata. The college is affiliated with the Maulana Abul Kalam Azad University of Technology (MAKAUT). It is one of seven colleges under the JIS Group, a Sikh minority group and a member of Association of Minority Professional Academic Institutes (AMPAI).

Rajasthan Technical University (RTU) is an affiliating university in Kota in the state of Rajasthan, India. It was established in 2006 by the Government of Rajasthan to enhance technical education in the state. It has many affiliated colleges under its umbrella.

Gautam Buddha University ("GBU") is a university established by the Uttar Pradesh Gautam Buddha University Act 2002 and came into existence in 2008. It is approved by University Grants Commission (UGC) under section 12-B and accredited by National Assessment and Accreditation Council (NAAC) with B+ grade. It is located in Greater Noida, Gautam Buddha Nagar in Uttar Pradesh, India. It is one of Uttar Pradesh's state government universities which commenced its first academic session in the year 2008. University campus is spread over 511 acres (207 ha) in greater Noida and offers Bachelors, Masters and Doctoral degrees in Engineering, Business Administration, Computer Applications, Biotechnology and Buddhist Studies and is mainly focused on research.

Charotar University of Science and Technology (CHARUSAT) is established under the Gujarat Act No. 8 of 1995, Government of Gujarat. University Grants Commission (UGC) has empowered CHARUSAT to award Degrees under Section 22 of UGC Act 1956. Earlier campus was known as Education Campus Changa until 2009. CHARUSAT was accredited with grade A by NAAC in 2016.

Glocal University is a private and coeducational institution located in Saharanpur, Uttar Pradesh, India. It is situated in the foothills of Shivalik mountains. The university is a non-profit university established by the Uttar Pradesh Private Universities Act, 2011, and is recognized by University Grant Commission. In keeping with its vision of Global canvass, local colours, the school's name is a portmanteau of "global" and "local". The university's 6 major schools offer more than 35 undergraduate, post-graduate, and professional courses.

The National Rail and Transportation Institute (NRTI) is India's first transport institute located in Vadodara, Gujarat, India. This institute is presently located inside the lush green 55-acre campus of Ministry of Railways's apex training institution, National Academy of Indian Railways (NAIR) as a makeshift arrangement. It is slated to shift to its permanent campus in Waghodiya taluka of Vadodara in the near future, for which the land acquisition has started.

Golaghat Engineering College was established in 2018 by Assam Government at Golaghat district, Assam. On 31 March 2012, Chief Minister Tarun Gogoi laid the foundation stone of the Golaghat Engineering College in Golaghat district, which was proposed by the Assam Government officially. It was officially inaugurated by chief minister, Sarbananda Sonowal on 5 February 2019.