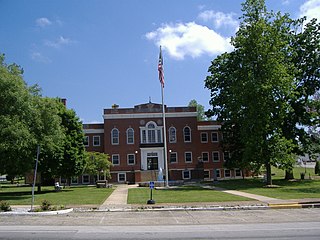 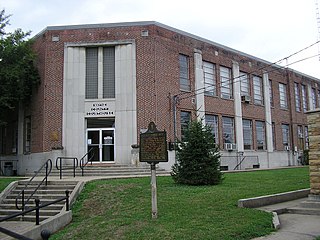 Wayne County is a county located in the U.S. state of Kentucky. As of the 2010 census, the population was 20,813. Its county seat is Monticello. The county was named for Gen. Anthony Wayne. It is a prohibition or dry county.

Graymoor-Devondale is a home rule-class city in Jefferson County, Kentucky, United States. The city is the result of the merger of the former cities of Graymoor and Devondale. The population was 2,870 at the 2010 census.

Maryhill Estates is a home rule-class city in Jefferson County, Kentucky, United States. The population was 179 as of the 2010 census.

Windy Hills is a home rule-class city, incorporated in 1952, in eastern Jefferson County, Kentucky, United States. The population was 2,385 at the 2010 census.

George Francis "Gabby" Hayes, was an American actor. He began as something of a leading man and a character player, but he was best known for his numerous appearances in B-Western film series as the bewhiskered, cantankerous, woman-hating, but ever-loyal and brave comic sidekick of the cowboy star. 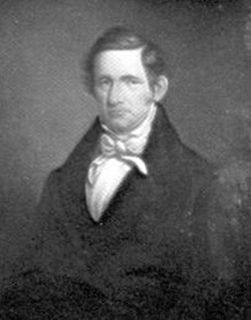 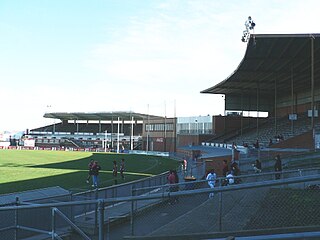 Windy Hill is an Australian rules football and cricket ground located in Napier Street, Essendon, a northwestern suburb of the Melbourne metropolitan area.

Bobby Osborne is a bluegrass musician known for his mandolin playing and high lead vocals.

Count Turf was an American Thoroughbred racehorse best known as the winner of the 1951 Kentucky Derby. He is one of only two equine families where three generations have won the Kentucky Derby. His grandsire Reigh Count won the 1928 Derby and then his sire Count Fleet won it in 1943. Count Fleet went on to win the U.S. Triple Crown. The only other father/son/grandson combination to win the Derby was Pensive (1944) who sired Ponder (1949) who in turn sired the 1956 winner, Needles.

Hill Gail was an American Thoroughbred racehorse. One of the leading American two-year-olds of 1951, Hill Gail recorded his most important success the following spring when he won the 1952 Kentucky Derby. He was injured during the race and was never as effective in his subsequent racing career. He was retired to stand as a breeding stallion in Ireland, where he had limited success as a sire. 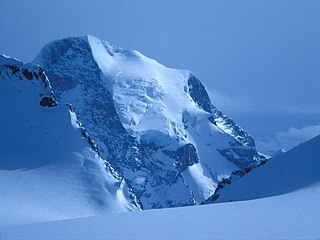 The Windy Range is a subrange of the Big Bend Ranges of the Selkirk Mountains of the Columbia Mountains in southeastern British Columbia, Canada, located on the west side of Columbia Reach, Kinbasket Lake north of Windy Creek.

Windy City was a British-bred Irish-trained Thoroughbred racehorse and sire. He was the leading European two-year-old of 1951 when he won four races including the Gimcrack Stakes and was awarded a Timeform rating of 142, which remains one of the highest in the organisation's history. In the following season he was sold and exported to the United States where he twice defeated the future Kentucky Derby winner Hill Gail before his racing career was ended by injury. He was retired to stud where he had some success as a breeding stallion. 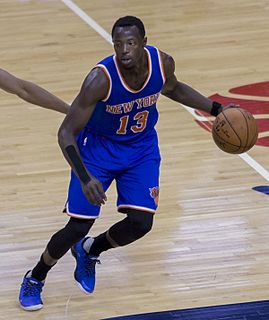 Holdyn Jerian Grant is an American professional basketball player for the Orlando Magic of the National Basketball Association (NBA). He played college basketball with the University of Notre Dame and was considered one of the top college players in the nation for the 2014–15 season. After being selected with the 19th overall pick by the Washington Wizards in the 2015 NBA draft, his rights were sent to the Atlanta Hawks and then moved again to the New York Knicks on draft night.

The Windy City Bulls are an American professional basketball team of the NBA G League and an affiliate of the Chicago Bulls of the National Basketball Association. Based in northwest-suburban Hoffman Estates, Illinois, the team plays their home games at the Sears Centre, 25 miles from Chicago. The team became the thirteenth D-League team to be owned by an NBA team. The team is coached by Charlie Henry, a former assistant coach with the Chicago Bulls.