William Arthur Bonds MBE (born 17 September 1946) is a former professional footballer and manager, who is most often associated with West Ham United with whom he spent 27 years as player and manager. He played 799 first-team games for West Ham in a career spanning 21 seasons.

Born in Woolwich, south-east London, Bonds grew up in nearby Eltham, where he played for a Sunday boys' team, Moatbridge, and Kent Schoolboys and joined the groundstaff at Charlton Athletic after leaving school at 15. [1] He played in the youth and A team and occasionally in the reserves before joining the playing staff shortly before his 18th birthday in September 1964. [1] [2]

Bonds made his League debut for Charlton against Northampton Town in February 1965 and became a regular in the first team, going on to make 95 League appearances, scoring one goal, before being signed by Ron Greenwood for West Ham United for a fee of £50,000 in May 1967. [2] [3] He made his first appearance for West Ham in a testimonial match for Ken Brown in the same month and made his League debut against Sheffield Wednesday in the opening game of the 1967–68 season. [4] He was ever-present in the 1968–69 and 1969–70 seasons and played 124 consecutive league games until injury ended his run of appearances in October 1970. [2] [5] Bonds played his first three seasons as a right-back before Greenwood switched him to midfield in the 1970–71 season where he counterbalanced the skills of Trevor Brooking. [5] Bonds was at his peak in the early 1970s, helping West Ham to the semi-final of the Football League Cup in the 1971–72 season, where they lost to Stoke City after a second replay, and topping the scorers list at West Ham in the 1973–74 season with 13 goals, including a hat-trick against Chelsea. [5] [6] After the departure of Bobby Moore in March 1974, Bonds was appointed to the captaincy and led the club to an FA Cup final victory over Fulham in 1975 and to the final of the 1976 European Cup Winners' Cup despite a groin injury that interrupted the latter half of the 1974–75 season and part of the 1975–76 season. Greenwood moved Bonds from midfield to the back four as centre-half alongside Tommy Taylor shortly before the end of the 1976–77 season, where he was able to come out from defence with the ball.

He experienced relegation with West Ham at the end of the 1977–78 season but led West Ham to a second FA Cup victory over First Division club Arsenal in 1980, becoming the only West Ham captain to lift the FA Cup on two occasions. In 1980–81, he led West Ham to the final of the League Cup, which was lost to Liverpool after a replay, and to promotion back to the First Division.

Bonds passed Bobby Moore's club record of appearances in 1982–83 and 'officially' retired in May 1984, relinquishing the captaincy to Alvin Martin. A spate of injuries to first-team players saw him return to the squad and make 26 league and cup appearances in 1984–85. He missed the entire 1985–86 season due to a toe injury but, having passed his 40th birthday, he was able to re-establish himself in the first-team during the 1986–87 season. A knee injury that forced him out of the last two games of the 1987–88 season led to a decision to finally retire in the summer of 1988, having played his last game at Southampton in April 1988 at the age of 41 years and 226 days. [7]

Bonds had remained at the club as a player for over 20 years, scoring 48 goals in a club record 663 League appearances. He established himself as a local hero and was the supporters' choice for 'Hammer of the Year' in 1971, 1974, 1975 and 1987. He was appointed Member of the Order of the British Empire (MBE) in January 1988 and was presented with the PFA Merit Award in April 1988 by his fellow professional players. In May 2013 Bonds was awarded West Ham United's first ever lifetime achievement award. [8]

On 6 February 2019, it was announced that the East Stand at The London Stadium will be renamed the Billy Bonds Stand. [9] The unveiling took place ahead of West Ham's home fixture against Newcastle United on 2 March. [10]

Bonds was capped twice at England Under-23 international level and was on the bench as a non-playing substitute for the senior international team for a World Cup qualifying match against Italy in November 1977. A collision with goalkeeper Phil Parkes in the last game of the 1980-1981 season broke two of Bonds' ribs, and ruled him out of selection for England against Brazil in May 1981. Bonds and Alvin Martin were in line to make their England debuts in that game.

After Bonds retired as a player in 1988, West Ham manager John Lyall appointed him as youth coach. He unsuccessfully applied for the manager's post when Lyall left the club in July 1989 after West Ham had been relegated. However, when new manager Lou Macari resigned seven months later, Bonds was appointed manager in February 1990. In his first full season in charge, he took the club to promotion, when they finished as runner-up to Oldham Athletic in 1990-91 season, also reaching the semi-finals of the FA Cup where they lost to Nottingham Forest. He was awarded a second testimonial in the same season.

West Ham were relegated in the 1991–92 season in bottom place, but the board kept faith in Bonds and he led them to promotion the following season, when they finished as runner-up to Newcastle United. Bonds guided West Ham to a 13th-place finish in the 1993–94 Premier League. He resigned in August 1994, just before the new season began, when he was replaced by Harry Redknapp. He had spells in coaching at Queens Park Rangers and Reading before making a return to management with Millwall in May 1997. He managed 53 games before being sacked by the club [11] the following year as they finished in the bottom half of Division Two.

West Ham United Football Club is an English professional football club based in Stratford, East London that compete in the Premier League, the top tier of English football. The club plays at the London Stadium, having moved from their former home, the Boleyn Ground, in 2016.

Millwall Football Club is a professional football club in Bermondsey, South East London, England. They compete in the EFL Championship, the second tier of English football. Founded as Millwall Rovers in 1885, the club has retained its name despite having last played in the Millwall area of the Isle of Dogs in 1910. From then until 1993, the club played at what is now called The Old Den in New Cross, before moving to its current home stadium nearby, called The Den. The traditional club crest is a lion rampant, referred to in the team's nickname 'The Lions'. Millwall's traditional kit consists of dark blue shirts, white shorts, and blue socks. 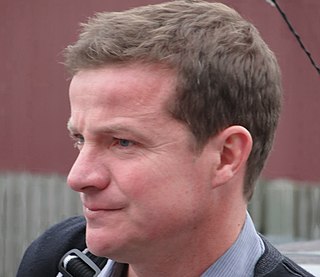 Stuart Ian Slater is an English former professional footballer who played as a winger and forward from 1986 to 2009. 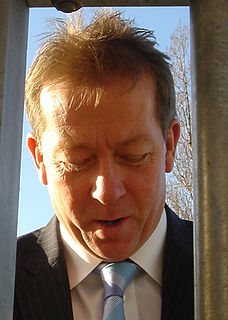 Llewellyn Charles "Alan" Curbishley is an English former football player and manager. He played as a midfielder for West Ham United, Birmingham City, Aston Villa, Charlton Athletic and Brighton & Hove Albion and has worked in the Premier League in management roles at Charlton Athletic and West Ham United. In December 2013 he was appointed technical director at Fulham only to be removed from the role in February 2014. He again joined Fulham's coaching staff in March 2015.

Edward Benjamin Ambrose Fenton was an English football player and manager. He spent almost his entire playing career at West Ham United and went on to manage the club between 1950 and 1961. 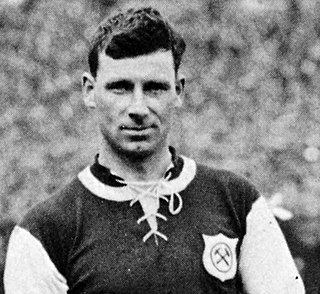 George Kay was an English football player and manager of Luton Town, Southampton and Liverpool. 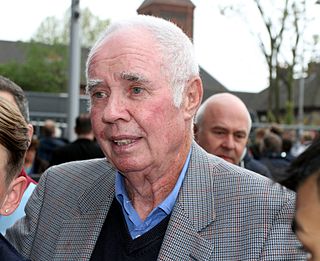 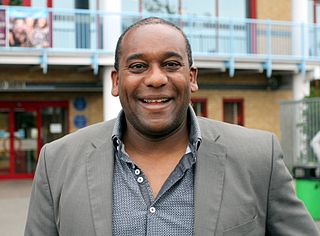 Matthew James Rush is a former professional footballer. He played as a winger. 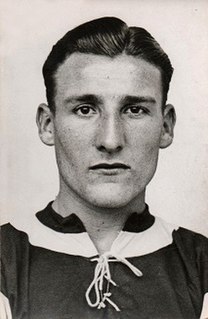 Jack William Burkett is an English former professional footballer who played as a full-back in the Football League for West Ham United and Charlton Athletic, and was player-manager at League of Ireland team St Patrick's Athletic. 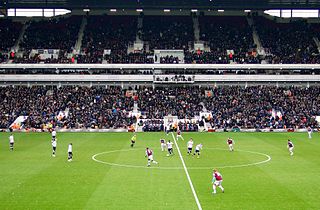 Frank James "Bronco" Burton was an English professional footballer who played as full-back for West Ham United and Charlton Athletic in the Football League, and also for Queens Park Rangers and Grays Thurrock United. He was later head coach of Spanish club Real Oviedo.

South London derby is the name given to a football derby contested by any two of Charlton Athletic, Crystal Palace, Millwall and AFC Wimbledon, the four professional Football Association clubs in South London, England. It is sometimes more specifically called the South East London derby when played between Charlton and Millwall. The close geographical proximity of all the teams contributes significantly to the rivalries.