Having previously been manager of Cambridge United between January 1978 and 13 December 1983 and Brentford, [1] and briefly coaching at The St Clement Danes Boys Grammar School after leaving Brentford, his spell at Cambridge United saw the club in the Second Division where they managed respectable finishes, with eighth in 1979–80 being their highest. [2] The following season saw the side as outside contenders for promotion before a late slump saw them finish 13th. [3]

He was appointed Millwall manager in May 1986 following the departure of George Graham to Arsenal. [1] In his second season as manager, he guided them to the Second Division title and gained Millwall their first top division campaign. [1]

Docherty's team performed well in the first half of the 1988–89 season, topping the table at one point. Their form in the second half of the season faded, and their position of 10th place in the final table was their lowest standing all season, [4] but still, this remains their highest league finishing position to date. [5]

The 1989–90 season started well for Millwall, and they again briefly topped the league in September, but won only two more league games all season and were relegated in bottom place. [6] Just before relegation was confirmed, Docherty was dismissed in favour of Bruce Rioch in February 1990. [7]

Docherty's next stop was at Bradford City, in March 1990, [7] who were relegated to the Third Division later that season. [8] He was in charge for 20 months before being sacked on 11 November 1991, to make way for Frank Stapleton. [1]

Docherty returned to Millwall during the 1996–97 season, [1] but by this stage they were in the new Division Two (the third flight of English football) and he failed to emulate his first spell as manager. [9] His contract was not renewed at the end of the season and he was replaced by Billy Bonds. [1]

Terence Alan Hurlock is an English former professional football central midfielder. Over the course of a 15-year career in the Football League, he had notable spells with Brentford and Millwall. He won England B international caps while with Millwall and is a member of the club's Hall of Fame. A physical player, Hurlock received seven red cards during his career and in 2007 was rated by The Times as the 23rd hardest player in football.

Tony Andrew Craig is an English professional footballer who plays for Crawley Town as a central defender. He began his career at Millwall and made over 320 appearances across four spells with the club.

Scott Brian Fitzgerald is an English-born Irish football coach, best remembered for his spells as a player with Wimbledon, Millwall and Colchester United. He won one cap for Republic of Ireland B at international level. After retiring as a player with Brentford in 2005, Fitzgerald began his career in coaching, heading the youth teams at Brentford, Gillingham and Millwall. He had a spell as a first team manager at Brentford during the 2006–07 season. Fitzgerald is currently academy director at Millwall.

William Patrick Gray was an English professional footballer and manager who made over 500 Football League appearances in a variety of positions for Nottingham Forest, Chelsea, Burnley, Millwall and Leyton Orient. He began his short management career while still a player with Millwall and later managed Brentford and Notts County. Gray was capped by England B at international level. 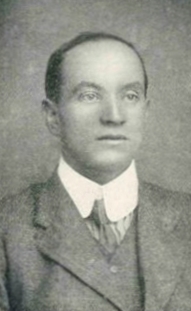 During the 1992–93 English football season, Brentford competed in the second tier of English football for the first time since 1953–54. After rising to mid-table by December 1992, just four wins from the final 24 matches relegated the Bees straight back to the Second Division. Brentford played in the Anglo-Italian Cup for the first and only time during the season, losing to Derby County in the semi-finals.

During the 1995–96 English football season, Brentford competed in the Football League Second Division. Despite spending over two months in the relegation places, the club achieved a mid-table finish in the league. A bright spot was a run to the fourth round of the FA Cup, falling to First Division high-flyers Charlton Athletic.

During the 1994–95 English football season, Brentford competed in the Football League Second Division. After a runners-up finish in the league, club's season ended after defeat in the 1995 play-off semi-finals. 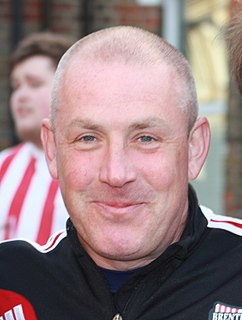 During the 1960–61 English football season, Brentford competed in the Football League Third Division. An abundance of draws led to a 17th-place finish and it was the last of seven seasons to feature the "Terrible Twins" strike partnership of Jim Towers and George Francis.

During the 1974–75 English football season, Brentford competed in the Football League Fourth Division. After a poor first half of the season, manager Mike Everitt was sacked and replaced by John Docherty, who produced a strong run of results to finish the campaign in 8th place.

During the 1983–84 English football season, Brentford competed in the Football League Third Division. A season of transition ended with a narrow escape from relegation.

During the 1989–90 English football season, Brentford competed in the Football League Third Division. After showing relegation form during the first three months of the season, a revival between November 1989 and February 1990 ensured a mid-table finish.