Maggie O'Connor, a psychiatric nurse in New York City, adopts her newborn niece, Cody, from her sister Jenna, a homeless heroin addict who abandoned her at Maggie's house just before Christmas. Maggie raises Cody herself, and during her formative years, Cody exhibits symptoms of autism, though Maggie is suspicious of the diagnosis. Maggie enrolls Cody in a special-needs Catholic school in Brooklyn, where the nuns notice Cody displaying possibly telekinetic abilities.

Meanwhile, a series of child kidnappings and murders are plaguing the city, investigated by FBI Special Agent John Travis, a former seminary student. The bodies bear occult brandings, and the victims all share Cody's birthdate and age. At her hospital, Maggie meets Cheri, a young heroin addict bearing a mysterious Luciferian tattoo, who knows Jenna. In conversation, Cheri implies that Cody is special, and urges Maggie to protect her. When Maggie and Cody stop in a church, Maggie is startled when all of the votive candles light themselves in Cody's presence.

When Maggie returns home, she is surprised to find Jenna, now clean and sober, there with her new husband, Eric Stark, a famous self-help guru, attempting to take Cody. Maggie refuses, but they manage to covertly kidnap Cody. Maggie reports it to police, and Agent Travis takes an interest in the case. Maggie attempts to learn more about Eric's organization, the New Dawn Foundation, by visiting one of their centers. Cheri subsequently contacts Maggie, and explains she was previously a member of New Dawn, which is actually a front for a Luciferian cult, spearheaded by Eric. She says that the cult recently began kidnapping six-year-old children and subjecting them to tests; those who failed were murdered in what Cheri describes as the "slaughter of the innocents." Cheri claims that Cody is destined to become a saint who will lead people to God, which Eric is attempting to thwart.

A group of cult members pursue Cheri after she provides Maggie Eric's address, and decapitate her in the subway. Maggie visits the address, located in a rundown building in Queens, and finds Eric, Jenna, and Cody there. Maggie holds Eric at gunpoint, but is chloroformed by his henchman, Stuart. She regains consciousness in the driver's seat of car, crashing into the side of a bridge. She is helped by a mysterious stranger moments before the car falls into the river. Meanwhile, Eric attempts to force Cody to watch as he convinces a vagrant to commit suicide by lighting himself on fire. However, Cody thwarts this by blowing out the match, assuring the man he has not been forsaken. After, Eric angrily burns the man alive. Jenna, meanwhile is kept sedated with heroin.

Maggie tracks Cody, who is being cared for by a nanny and member of the cult, Dahnya, and kidnaps Cody while she is visiting an orthodontist. Another mysterious stranger, this time female, helps them catch a subway train by holding the door open. At the urging of a Jesuit priest, Maggie leaves with Cody en route to Sister Rosa's convent in Vermont, but the cultists stalk them and manage to kidnap Cody. Maggie phones Agent Travis, who agrees to help her, tracking the cultists to a palatial estate owned by Eric. Maggie and Travis break into the home, but are assailed by cultists, who beat Travis. Maggie flees into the woods and reaches an abandoned church where the cult is preparing for a Black Mass. Meanwhile, the nuns at Sister Rosa's convent, worried over Maggie's failure to arrive with Cody, pray en masse for their wellbeing. Maggie stabs Eric, who then shoots her as she attempts to save Cody. Three orbs of light suddenly appear in the church as the cultists watch in terror, and Maggie's bullet wounds mysteriously heal. Travis and other police officers enter the church and shoot Eric to death, and watch as the orbs of light disperse.

Some time later, Jenna is in rehab and has asked Maggie to legally adopt Cody. While Maggie, Travis, and Cody walk to mass, another cultist stalks Cody, planning to stab her. Framed by statues of sword-bearing angels, she turns to stare at him. He stops, awestruck, drops the knife and flees.

Film critic Bruce Kirkland felt that Bless the Child was mocking Scientology in the guise of the fictional cult "The New Dawn". [45]

Audiences polled by CinemaScore gave the film an average grade of "B" on an A+ to F scale. [46]

The film was nominated for one Razzie Award, Worst Actress for Kim Basinger, along with I Dreamed of Africa , but lost to Madonna for The Next Best Thing . [47] 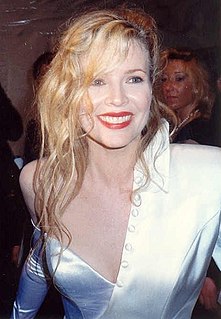 Kimila Ann Basinger is an American actress, singer and former fashion model. Following a successful modeling career in New York, Basinger moved to Los Angeles where she began her acting career on television in 1976. She starred in several made-for-television films, including a remake of From Here to Eternity (1979), before making her feature debut in the drama Hard Country (1981). 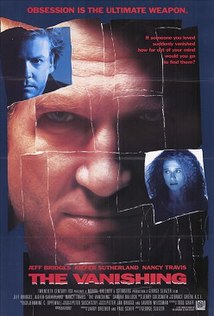 The Vanishing is a 1993 American psychological thriller film directed by George Sluizer and starring Jeff Bridges, Kiefer Sutherland, Nancy Travis, and Sandra Bullock. It is a remake of Sluizer's 1988 French-Dutch film of the same name.

Cecil B. Demented is a 2000 black comedy film written and directed by John Waters. The film stars Melanie Griffith as a snobby A-list Hollywood actress who is kidnapped by a band of terrorist filmmakers; they force her to star in their underground film. Stephen Dorff stars as the eponymous character and leader of the group, with Alicia Witt, Adrian Grenier, Michael Shannon, and Maggie Gyllenhaal co-starring as the rest of his gang of filmmakers.

The Missing is a 2003 American Revisionist Western thriller film directed by Ron Howard and starring Tommy Lee Jones and Cate Blanchett. It is based on Thomas Eidson's 1996 novel The Last Ride. The film is set in 1885 New Mexico Territory and is notable for the authentic use of the Apache language by various actors, some of whom spent long hours studying it. The film was produced by Revolution Studios, Imagine Entertainment, and Daniel Ostroff Productions and distributed by Columbia Pictures.

Jenna Michelle Boyd is an American actress. She is best known for her roles in the feature films The Missing and The Sisterhood of the Traveling Pants and the Netflix series Atypical.

Backwoods is a 2008 horror television film directed by Marty Weiss and starring Ryan Merriman & Haylie Duff. It premiered on June 8, 2008 on Spike TV.

The Heroic Trio is a 1993 Hong Kong action film directed by Johnnie To, starring Michelle Yeoh, Maggie Cheung, and Anita Mui as the titular trio. Other cast include Damian Lau, Anthony Wong Chau-Sang, Paul Chun, James Pak and Yan Yee Kwan. The main characters of the film are reunited in a sequel, another 1993 film, Executioners.

The Getaway is a 1994 American action thriller film directed by Roger Donaldson. The screenplay was written by Walter Hill and Amy Holden Jones, based on Jim Thompson’s 1958 novel of the same name. The film stars Alec Baldwin and Kim Basinger, with Michael Madsen, James Woods, and Jennifer Tilly in supporting roles. 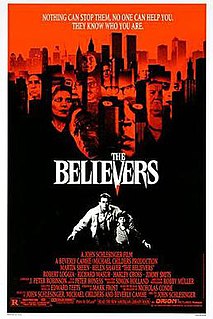 The Believers is a 1987 Canadian-American crime thriller horror film directed by John Schlesinger, released in 1987 and starring Martin Sheen, Robert Loggia and Helen Shaver. It is based on the 1982 novel The Religion by Nicholas Conde. 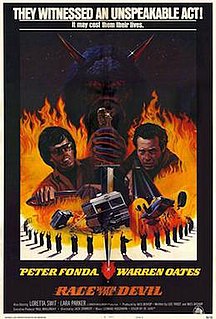 Race with the Devil is a 1975 American action horror film directed by Jack Starrett, written by Wes Bishop and Lee Frost, and starring Peter Fonda, Warren Oates, Loretta Swit, and Lara Parker. This was the second of three films Fonda and Oates would star in together. Race with the Devil is a hybrid of the horror, action, and car chase genres.

Holliston Taylor Coleman is a former American actress. She is perhaps best known for starring in the Paramount feature film, Bless the Child, and her recurring role in the television series Medium.

The Devil's Daughter a.k.a. The Sect is a 1991 Italian horror film co-written and produced by Dario Argento, directed by Michele Soavi, and starring Kelly Curtis and Herbert Lom. It follows an American schoolteacher living in Frankfurt who finds herself at the center of a plot devised by a Luciferian cult.

Sofia Nicole Hahn is an American child actress. She is known for her role as Emily Cooper in Adventures in Babysitting (2016), among other television roles. 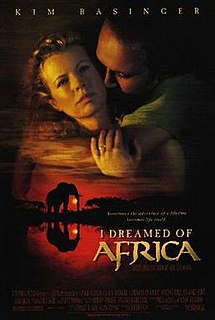 I Dreamed of Africa is a 2000 American biographical drama film directed by Hugh Hudson, starring Kim Basinger. It also stars Vincent Perez, Eva Marie Saint, Garrett Strommen, Liam Aiken and Daniel Craig. It is based on the autobiographical novel I Dreamed of Africa by Kuki Gallmann, an Italian writer who moved to Kenya and became involved in conservation work. It was screened in the Un Certain Regard section at the 2000 Cannes Film Festival. This film was both a commercial and critical failure.

Sound of My Voice is a 2011 American psychological thriller film directed by Zal Batmanglij in his feature directorial debut and starring Christopher Denham, Nicole Vicius and Brit Marling. The plot focuses on two documentary filmmakers who attempt to expose a cult led by a charismatic leader (Marling) who claims to be from the future. The film was written by Batmanglij and Marling. It premiered at the 2011 Sundance Film Festival. It was also selected to close the 2011 SXSW Film Festival. The film was released by Fox Searchlight Pictures on April 27, 2012. 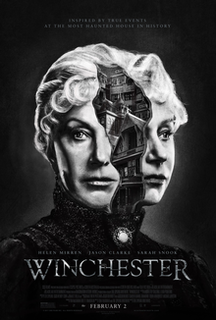 Winchester is a 2018 supernatural horror film directed by Michael and Peter Spierig, and written by the Spierigs and Tom Vaughan. The film stars Helen Mirren as heiress Sarah Winchester, with Jason Clarke and Sarah Snook, and follows Winchester as she is haunted by spirits inside her San Jose mansion in 1906. 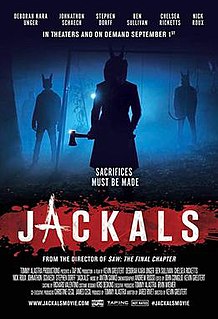 Jackals is a 2017 American horror thriller film directed by Kevin Greutert and produced by Tommy Alastra. The film is written by Jared Rivet.

The Heretics is a 2017 Canadian body horror film directed by Chad Archibald and produced by Black Fawn Films and Breakthrough Entertainment. It is about a young woman who is kidnapped and transforms into a demon.

The Babysitter: Killer Queen is a 2020 American comedy horror film, directed and produced by McG, from a screenplay by McG, Dan Lagana, Brad Morris and Jimmy Warden. It is a sequel to the 2017 film The Babysitter and stars Judah Lewis, Emily Alyn Lind, Jenna Ortega, Robbie Amell, Andrew Bachelor, Leslie Bibb, Hana Mae Lee, Bella Thorne, Samara Weaving, and Ken Marino. The film continues the story of Cole Johnson, now in his junior year of high school, who must again fight to ensure his survival over one night, as he is hunted by demonic enemies, both old and new.