The CBS Sunday Movie (also known at various times as the CBS Sunday Night Movie) was the umbrella title for a made-for-TV and feature film showcase series carried by CBS until the end of the 2005–2006 television season, when it was replaced with drama series. It was the last of the weekly Sunday night movie showcases aired by the Big Three television networks to be canceled, outside of special event premieres and the network's previous run of the Hallmark Hall of Fame film anthology.

On April 7, 2020, as part of schedule changes associated with the impact of the COVID-19 pandemic on television in the United States, CBS announced that it would air feature films under the CBS Sunday Night Movies banner for a five-week event in May 2020, featuring films from corporate sister Paramount Pictures. A sixth week was added to the event to fill the timeslot of the postponed 74th Tony Awards, featuring a sing-along version of Grease . [1] In this iteration, the films were stretched with additional advertising to fill a three-hour timeslot.

In September 2020, CBS announced that the block would return for six additional weeks beginning in October, filling the network's Sunday-night schedule to allow time for its Sunday-night dramas ( The Equalizer , NCIS: Los Angeles , and NCIS: New Orleans ) to resume production. [2]

This is a listing of topics pertaining to CBS movies broadcast on television under various umbrella titles. [1] [3]

The following is the 1980–81 network television schedule for the three major English language commercial broadcast networks in the United States. The schedule covers primetime hours from September 1980 through August 1981. The schedule is followed by a list per network of returning series, new series, and series cancelled after the 1979–80 season. All times are Eastern and Pacific, with certain exceptions, such as Monday Night Football.

The NBC Monday Movie was a television anthology series of films that debuted on February 4, 1963. It was referred to as Monday Night at the Movies prior to the mid-1980s. Contrary to popular contemporary belief, the corporate initials, "NBC", were, at first, not part of the official title for the network's anthologies of old movies, and would not be for years to come. Thus, in 1964, when the show was transferred by the network's programming executives to Wednesday nights, it became Wednesday Night at the Movies. And in 1965, when the program moved to Tuesdays, it became Tuesday Night at the Movies. It would remain there until 1969. The name would henceforth change depending on whichever night of the week the program aired. Moreover, by 1968, there was once again a weekly Monday Night at the Movies on the air. It ran until 1997. 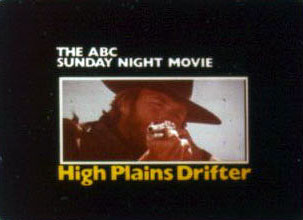 The ABC Sunday Night Movie is a television program that aired on Sunday nights, first for a brief time in 1962 under the title Hollywood Special to supposedly replace an open time slot for the TV show Bus Stop, which was cancelled after March 1962. It then began airing regularly under its more commonly known title from late 1964 to 1998, on ABC. Since 2004, it has aired sporadically as a special program, now titled the ABC Sunday Movie of the Week, though as of the 2011-12 television season, the only films in this timeslot were aired under the Hallmark Hall of Fame banner, which transferred to ABC in that season. However, in 2014, The Hallmark Hall of Fame moved exclusively to cable on the Hallmark Channel. As a result of this, the Sunday Night Movie is now exclusively relegated to two special holiday movies, The Sound of Music every holiday season and The Ten Commandments every Easter. 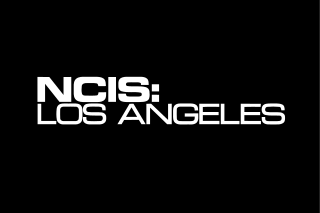 NCIS: Los Angeles is an American action television series combining elements of the military drama and police procedural genres, which premiered on CBS on September 22, 2009. The series follows the exploits of the Los Angeles–based Office of Special Projects (OSP), an elite division of the Naval Criminal Investigative Service that specializes in undercover assignments. NCIS: Los Angeles is the first spin-off of the successful series NCIS and the second series in the NCIS franchise. 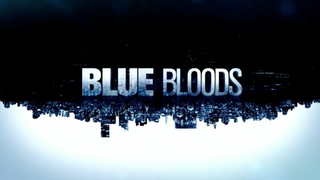 Blue Bloods is an American police procedural drama television series that has been airing on CBS since September 2010. Its main characters are members of the fictional Reagan family, an Irish-American Catholic family in New York City with a history of work in law enforcement. Blue Bloods stars Tom Selleck as New York City Police Commissioner Frank Reagan; other main cast members include Donnie Wahlberg, Bridget Moynahan, Will Estes and Len Cariou for all eleven seasons, plus Amy Carlson and Sami Gayle. 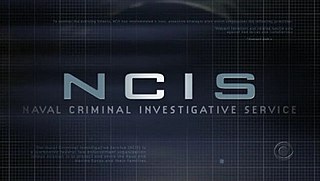 NBC Saturday Night at the Movies was the first TV show to broadcast in color relatively recent feature films from major studios. The series premiered on September 23, 1961, and ran until October 1978, spawning many imitators. Previously, television stations had been only been able to show older, low-budget, black-and-white films that wouldn't be shown at movie theaters. In the late 1970s, competition from cable television and home video led to a decline in viewership. 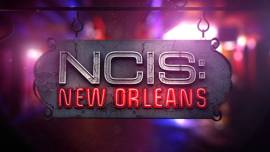 NCIS: New Orleans is an American action crime drama and police procedural television series that premiered on CBS on September 23, 2014, following the twelfth season of NCIS. The pilot was written by Gary Glasberg. Produced by CBS Studios, Wings Productions and, for the first four seasons, When Pigs Fly Incorporated, the series stars Scott Bakula and CCH Pounder. The series is set and filmed in New Orleans. It is the third series of the NCIS franchise. In May 2020, the show was renewed for the seventh season, which premiered on November 8, 2020. In February 2021, CBS announced that the seventh season is the series' final one. The series concluded on May 23, 2021.

CBS Thursday Night Movie was the network's first venture into the weekly televising of then-recent theatrical films, debuting at the start of the 1965–1966 season, from 9:00 to 11 p.m.. CBS was the last of the three U.S. major television networks to schedule a regular prime-time array of movies. Unlike its two competitors, CBS had delayed running feature films at the behest of the network's hierarchy. Indeed, as far back as 1960, when Paramount Pictures offered a huge backlog of pre-1948 titles for sale to television for $50 million, James T. Aubrey, program director at CBS, negotiated with the studio to buy the package for the network. Aubrey summed up his thinking this way: "I decided that the feature film was the thing for TV. A $250,000 specially-tailored television show just could not compete with a film that cost three or four million dollars." However, the network's chairman, William Paley, who considered the scheduling of old movies "uncreative", vetoed the Paramount transaction.

The seventh and final season of NCIS: New Orleans an American police procedural drama television series, began airing on CBS on November 8, 2020. The season is produced by CBS Studios, with Christopher Silber and Jan Nash as showrunner and executive producer.