It is Statutory Corporation established by the Civil Aviation Authority Act of 2004 [3]   and commenced full operations as an autonomous regulator on 1 April 2009. The continued existence of CAAB was provided for by the Civil Aviation Act, 2011 which repealed the previous Act establishing the Authority. Before its establishment, most of its functions were performed by the former Department of Civil Aviation Aviation (DCA). The CAA Act 2004 stipulates that the Authority shall perform its functions in accordance with sound commercial and financial principles, and shall ensure as far as possible, that its revenue is sufficient to meet the expenditure properly chargeable to its revenues.[ citation needed ] 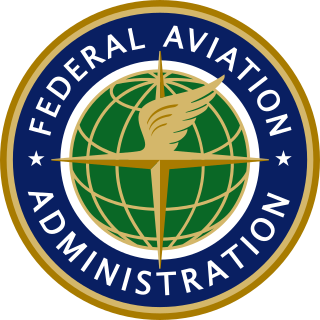 The Federal Aviation Administration (FAA) is the largest transportation agency of the U.S. government and regulates all aspects of civil aviation in the country as well as over surrounding international waters. Its powers include air traffic management, certification of personnel and aircraft, setting standards for airports, and protection of U.S. assets during the launch or re-entry of commercial space vehicles. Powers over neighboring international waters were delegated to the FAA by authority of the International Civil Aviation Organization. 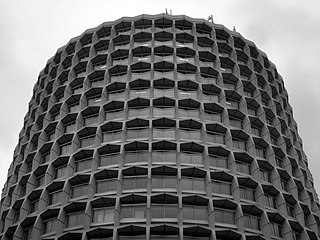 The Civil Aviation Authority (CAA) is the statutory corporation which oversees and regulates all aspects of civil aviation in the United Kingdom. Its areas of responsibility include:

The Ministry of Transport is the public service department of New Zealand charged with advising the government on transport policy.

The Civil Aviation Authority is the national aviation authority of Israel.

Sir Seretse Khama International Airport, located 15 kilometres (9 mi) north of downtown Gaborone, is the main international airport of the capital city of Botswana. The airport is named after Sir Seretse Khama, the first president of Botswana. It was opened in 1984 and offers limited capacity to handle regional and (especially) international traffic. Nonetheless, it has the largest passenger movement in the country. In 2017 the airport got its first special economic zone which will house in the following departments: CAAB, Botswana Innovation Hub, ITPA and diamond hub for diamond sector.

The Civil Aviation Authority of Singapore is Singapore's national aviation authority and a statutory board under the Ministry of Transport of the Government of Singapore. Its head office is located on the fourth storey of Singapore Changi Airport's Terminal 2.

Pakistan Civil Aviation Authority (PCAA) is a public sector autonomous body under the administrative control of the Secretary to the Government of Pakistan for Aviation, which oversees and regulates all aspects of civil aviation in Pakistan. PCAA's head office is situated in Terminal-1 of Jinnah International Airport in Karachi. PCAA is a member state of the International Civil Aviation Organization. Nearly all 44 civilian airports in Pakistan are owned and operated by the PCAA. Air Marshal (Retd.) Asim Suleiman was appointed to head the PCAA as its Director General on 27 November 2015.

The Civil Aviation Authority of the Philippines is the national aviation authority of the Philippines and is responsible for implementing policies on civil aviation to assure safe, economic and efficient air travel. The agency also investigates aviation accidents via its Aircraft Accident Investigation and Inquiry Board. Formerly the Air Transportation Office, it is an independent regulatory body attached to the Department of Transportation for the purpose of policy coordination. 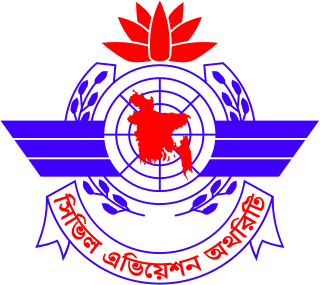 Civil Aviation Authority, Bangladesh (CAAB) functions as the regulatory body for all aviation related activities in Bangladesh. It is the national aviation authority operating under the Ministry of Civil Aviation & Tourism. All nine operational airports are operated by the CAAB. A member of International Civil Aviation Organization, it has signed bilateral air transport agreement with 52 states. It is headquartered in Kurmitola, Dhaka.

The Federal Aviation Act of 1958 was an act of the United States Congress, signed by President Dwight D. Eisenhower, that created the Federal Aviation Agency and abolished its predecessor, the Civil Aeronautics Administration (CAA). The act empowered the FAA to oversee and regulate safety in the airline industry and the use of American airspace by both military aircraft and civilian aircraft.

The Uganda Civil Aviation Authority (UCAA) is the government agency responsible for licensing, monitoring, and regulating civil aviation matters. It is administered by the Uganda Ministry of Works and Transport.

Kenya Civil Aviation Authority (KCAA) is a state corporation of Kenya that is responsible for regulating the aviation industry in Kenya and for providing air navigation services in the Kenya flight region.

The Directorate General of Civil Aviation (DGCA) is the statutory body formed under the Aircraft (Amendment) Bill, 2020. This directorate investigates aviation accidents and incidents, maintains all regulations related to aviation and is responsible for issuance of licenses pertaining to aviation like PPL's, SPL's and CPL's in India. It is headquartered along Sri Aurobindo Marg, opposite Safdarjung Airport, in New Delhi. The Government of India is planning to replace the organisation with a Civil Aviation Authority (CAA), modelled on the lines of the American Federal Aviation Administration (FAA).

GCAA or Ghana Civil Aviation Authority is the national aviation authority and regulatory agency of the Republic of Ghana for air transportation in the country. It has its headquarters in Kotoka Airport in Accra.

On 14 October 2011, a Cessna 208 Caravan turboprop passenger aircraft operated by Moremi Air on a domestic flight from Xakanaka camp to Maun, Botswana, crashed and caught fire shortly after take-off, killing eight of the twelve people on board.

The Department of Civil Aviation, or DCA, is a department of the Royal Government of Bhutan. The department is responsible for regulating aviation safety, airport regulation and providing air navigation services. It is subordinate to the Ministry of Information and Communications and has its head office in Paro.

The Department of Civil Aviation was an Australian government department that existed between November 1938 and November 1973.