Botswana Unified Revenue Service (BURS) [1] is the revenue service and a government parastatal [2] of the Botswana government. BURS is responsible for collecting taxes and administering the BURS Act. The duties of the BURS include providing tax assistance to taxpayers and pursuing and resolving instances of erroneous or fraudulent tax filings.

BURS is responsible for assessing, collecting and accounting for revenue through the Ministry of Finance and Development as specified by the BURS Act. [3] The revenues and taxes administered by BURS include;

The Inland Revenue was, until April 2005, a department of the British Government responsible for the collection of direct taxation, including income tax, national insurance contributions, capital gains tax, inheritance tax, corporation tax, petroleum revenue tax and stamp duty. More recently, the Inland Revenue also administered the Tax Credits schemes, whereby monies, such as Working Tax Credit (WTC) and Child Tax Credit (CTC), are paid by the Government into a recipient's bank account or as part of their wages. The Inland Revenue was also responsible for the payment of child benefit.

Her Majesty's Revenue and Customs is a non-ministerial department of the UK Government responsible for the collection of taxes, the payment of some forms of state support, the administration of other regulatory regimes including the national minimum wage and the issuance of national insurance numbers.

Internet tax is a tax on Internet-based services. A number of jurisdictions have introduced an Internet tax and others are considering doing so mainly as a result of successful tax avoidance by multinational corporations that operate within the digital economy. Internet taxes prominently target companies including Facebook, Google, Amazon, Airbnb, Uber.

The Indian Revenue Service, often abbreviated as IRS, is the administrative revenue civil service under Group A of the Central Civil Services of the executive branch of the Government of India. It functions under the Department of Revenue of the Ministry of Finance and is under the administrative direction of the Revenue Secretary and the ministerial command of the Minister of Finance. The IRS is primarily responsible for collecting and administering direct and indirect taxes accruing to the Government of India.

The Federal Board of Revenue (FBR), formerly known as Central Board of Revenue (CBR), is a federal law enforcement agency of Pakistan that investigates tax crimes, suspicious accumulation of wealth and money-laundering. FBR operates through tax inspectors that keep tax evaders under surveillance and perform special tasks for FBR Headquarters. FBR has also inducted new blood, new strength of inspectors through FPSC in 2016 whom FBR intends to promote soon or empower with assessment powers because of their competence. FBR performs role of collection of taxation in the country from all individuals and businesses.

The South African Revenue Service (SARS) is the revenue service of the South African government. It was established by legislation to collect revenue and ensure compliance with tax law. Its vision is to be an innovative revenue and customs agency that enhances economic growth and social development, and supports South Africa's integration into the global economy in a way that benefits all citizens. 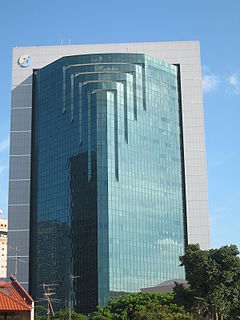 The Royal Malaysian Customs Department, abbreviated RMC or JKDM, is the Malaysian Government agency responsible for administrating the nation's indirect tax policy, border enforcement and narcotic offences. In other words, KDRM administers seven (7) main and thirty-nine (39) subsidiary laws. Apart from this, KDRM implements 18 by-laws for other government agencies. KDRM is now known as JKDM when Ibrahim Jaapar took over as the leader of the department in 2009. 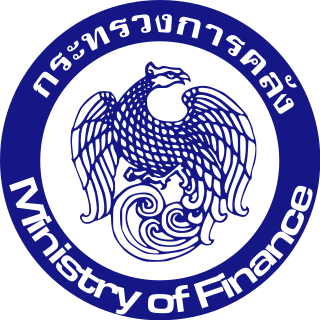 The Central Board of Indirect Taxes and Customs (CBIC) is the nodal national agency responsible for administering Customs, GST, Central Excise, Service Tax & Narcotics in India. The Customs & Central Excise department was established in the year 1855 by the then British Governor General of India, to administer customs laws in India and collection of import duties / land revenue. It is one of the oldest government departments of India.

The Customs Excise and Preventive Service (CEPS) is the Government of Ghana agency responsible for the monitoring, regulation and inspection of exports into Ghana.

Companies and Intellectual Property Authority (CIPA) is Botswana's registrar of companies and is a government parastatal. It falls under the Ministry of Trade and Industry. All forms of companies are incorporated and registered with CIPA and file specific details as required by the current Companies and Intellectual Property Authority Act. All registered limited companies, including subsidiary, small and inactive companies, must file annual financial statements in addition to annual company returns. Registering of companies is now done online since the introduction of online business registration system launched by Bogolo Kenewendo.

Taxation in Sri Lanka mainly includes excise duties, value added tax, income tax and tariffs. Tax revenue is a primary constituent of the government's fiscal policy. The Government of Sri Lanka imposes taxes mainly of two types in the forms of direct taxes and indirect taxes. As of 2018 CBSL report, taxes are the most important revenue source for the government, contributing 89% of the revenue. The tax revenue to GDP ratio is just about 11.6 percent as of 2018, which is one of the lowest rates among the upper-middle income earning countries. At present, the government of Sri Lanka also face major challenges regarding the continuous budget deficits where government expenditures have exceeded the government tax revenue.