Dictionary of Greek and Roman Biography and Mythology

The work lists thirty-five authors in addition to the editor, who was also the author of the unsigned articles. The other authors were classical scholars, primarily from Oxford, Cambridge, Rugby School, and the University of Bonn, but some were from other institutions. Many of the mythological entries were the work of the German expatriate Leonhard Schmitz, who helped to popularise German classical scholarship in Britain. [2]

With respect to biographies, Smith intended to be comprehensive. In the preface, he writes:

Much of the value of the Dictionary consists not only in the depth and detail of the individual articles, but in the copious and specific citations to individual Greek and Roman writers, as well as modern scholarship from the Renaissance to the mid-nineteenth century. The articles frequently note variant traditions, disagreements among the authorities, and the interpretations of modern scholars. However, due to the variable numbering systems used in different editions of classical works, and the difficulty of recognizing typographical errors in citations, the original sources should still be checked. Many of the Dictionary's articles have been referred to in more recent works, and Robert Graves has been accused of "lifting his impressive-looking source references straight, and unchecked" from it when writing The Greek Myths . [2]

Samuel Sharpe thought Edward Bunbury had plagiarised his work, as he wrote of in his diary entry on 3 September 1850:

I certainly felt mortified on reading the articles on the Ptolemies in Dr. Smith's "Dictionary of Classical Biography." They were all written by E. H. Bunbury with the help of my "History of Egypt," and with-out any acknowledgment, though he even borrowed the volume from my brother Dan for the purpose. [3]

Use and availability today

The work is now in the public domain, and is available in several places on the Internet. While still largely accurate (only rarely have ancient texts been emended so severely as to warrant a biographical change), much is missing, especially more recent discoveries (such as Aristotle's Constitution of the Athenians , or the decipherment of Linear B) and epigraphic material. Perhaps more seriously, the context in which ancient evidence is viewed has often changed in the intervening century and a half.

Acoetes was the name of four men in Greek and Roman mythology.

Aegimius was the Greek mythological ancestor of the Dorians, who is described as their king and lawgiver at the time when they were yet inhabiting the northern parts of Thessaly.

In Greek mythology, Phorcys or Phorcus is a primordial sea god, generally cited as the son of Pontus and Gaia (Earth). According to the Orphic hymns, Phorcys, Cronus and Rhea were the eldest offspring of Oceanus and Tethys. Classical scholar Karl Kerenyi conflated Phorcys with the similar sea gods Nereus and Proteus. His wife was Ceto, and he is most notable in myth for fathering by Ceto a host of monstrous children. In extant Hellenistic-Roman mosaics, Phorcys was depicted as a fish-tailed merman with crab-claw forelegs and red, spiky skin. 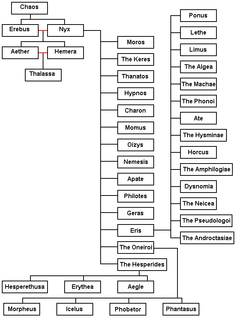 In Greek mythology, Erebus, also Erebos, was often conceived as a primordial deity, representing the personification of darkness; for instance, Hesiod's Theogony identifies him as one of the first five beings in existence, born of Chaos.

In Greek mythology, Acrisius was a king of Argos. He was the grandfather of the famous Greek demi-god Perseus.

In Greek mythology, Plouto or Pluto was the mother of Tantalus, usually by Zeus, though the scholion to Euripides Orestes 5, names Tmolos as the father. According to Hyginus, Plouto's father was Himas, while other sources give her father as Cronus. 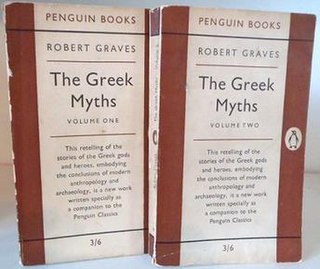 The Greek Myths (1955) is a mythography, a compendium of Greek mythology, with comments and analyses, by the poet and writer Robert Graves. Many editions of the book separate it into two volumes. Abridged editions of this work contain only the myths and leave out Graves' commentary.

In classical Greek and Roman mythology, Abarbarea is the name of two nymphs: 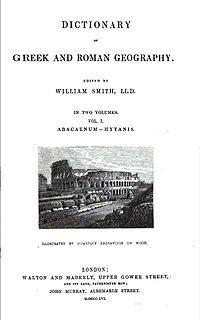 In Greek mythology, Abas was the twelfth king of Argos. His name probably derives from α + βαίνω, that is, the one who does not walk away, which is in line with his tenacious and courageous character on the field of battle. 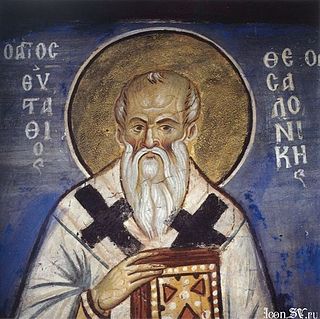 Lake Tritonis, was a large body of fresh water in northern Africa that was described in many ancient texts. Classical-era Greek writers placed the lake in what today is southern Tunisia. In details of the late myths and personal observations related by these historians, the lake was said to be named after Triton. According to Herodotus it contained two islands, Phla, which the Lacedaemonians were to have colonized, according to an oracle, and Mene.

Agamede was a name attributed to two separate women in classical Greek mythology and legendary history.

In Greek mythology, Alebion or Albion was a son of Poseidon and brother of Bergion.

Alea was an epithet of the Greek goddess Athena, prominent in Arcadian mythology, under which she was worshiped at Alea, Mantineia and Tegea. Alea was initially an independent goddess, but was eventually assimilated with Athena. A statue of Athena Alea existed on the road from Sparta to Therapne. Her most important sanctuary was the famous Temple of Athena Alea at Tegea.

In Greek mythology, Aeolus was the ruler of Aeolia and held to be the founder of the Aeolic branch of the Greek nation.

Also the Internet Archive has a derivative work: