After 2006, the CTFA changed the name of the league to the Enterprise Football League in an attempt to attract more attention and financial support from successful Taiwanese enterprises. Fubon Financial became the major sponsor, and therefore the league was also known as the Fubon Enterprise Football League (Chinese :富邦企業足球聯賽). The number of teams participating in the league was also reduced from eight to four by excluding college and high school teams in an attempt to make the league more professional. Nevertheless, there are currently only two semi-professional clubs remaining: Tatung F.C. and Taiwan Power Company F.C..

Chen Po-liang is a Taiwanese professional footballer who plays as a midfielder for China League One side Changchun Yatai. He is also captain of the Taiwan national football team.

National Taiwan University of Sport is a college specialized in sports in Taiwan. Hasus TSU is their main football (soccer) club.

Tai Hung-hsu is a Taiwanese football striker. He was voted as the best youth player in the 2005 season of Taiwan National Football League.

The Chinese Taipei Baseball Association (CTBA) was established for political compensation on February 28, 1973. The Chinese translation of the English name is: traditional Chinese: 中華台北棒球協會, hanyu pinyin: Zhōnghuá Táiběi bàngqiú xiéhuì. However its official Mandarin name is: traditional Chinese: 中華民國棒球協會, hanyu pinyin: Zhōnghuá Mínguó bàngqiú xiéhuì, which translated into English means: "Baseball Association of the Republic of China", Taiwan's official name. This is because of the legal status of Taiwan. Its goal was to spread and develop baseball in Taiwan, helping to host national and international baseball competitions in hope to enhance the quality of Taiwanese baseball, and also to enhance the health of the Taiwanese citizens as well as promoting sportsmanship.

Intercity Football League was the top-ranked division in the Taiwanese football (soccer) league run by Chinese Taipei Football Association (CTFA), run from 2007 until 2016. From 2017, it was replaced by the Taiwan Football Premier League.

The 2008 season of the Enterprise Football League was held from January 5 to April 27, 2008. With 4 college teams also participating, the number of competing teams increased from 4 to 8. The 2007 league champion Taiwan Power Company F.C. successfully defended the title.

The 2007 season was the first season of the Intercity Football League in Taiwan. Eight teams were scheduled to compete in the 2007 league season, but Kaohsiung County withdrew before the league's opening. The seven remaining teams were Taipei City, Taipei County, Tainan City, Tainan County, Chiayi County, Kaohsiung City, and Yilan County.

The 2009 Intercity Football League season is the third since its establishment in 2007. It started from February 14, 2009.

The 2011 Long Teng Cup was the 2nd staging of the Long Teng Cup, an international football competition held in Kaohsiung, Taiwan. The tournament took place from 30 September to 4 October 2011.

Onur Dogan, also known as Chu En-Le, is a Turkish-born Taiwanese footballer who plays as a forward for China League One club Meizhou Hakka and the Chinese Taipei national football team.

Tsai Hsien-tang, formerly known as Tsai Hui-kai, is a Taiwanese football (soccer) player. He usually plays as a defender or a defensive midfielder. During his service in Tatung F.C., he was voted the best defensive midfielder after the Chinese Taipei National Football League 2005 season. 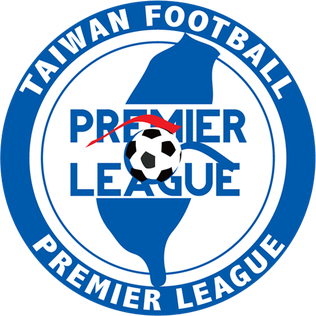 The 2017 Taiwan Football Premier League (TFPL) was the first season of the Taiwan Football Premier League since it replaced the Intercity Football League following the 2016 season. It was contested by 8 clubs. Taichung City Dragon, who participated in the final Intercity Football League season, were replaced for the inaugural TFPL by Tainan City. Taipower FC finished at the top of the table, but were defeated 1-1 on away goals in a playoff by Tatung FC, the second ranked team, for the title. With that result, Tatung FC earned an automatic berth in the 2018 AFC Cup group stage, while Taipower FC qualified for the playoff round. However, neither side chose to enter the tournament, so 3rd place playoff winners Hang Yuen were granted the AFC Cup berth.