Faber and Faber Inc., formerly the American branch of the London company, was sold in 1998 to the Holtzbrinck company Farrar, Straus and Giroux. Faber and Faber ended the partnership with FSG in 2015 and began distributing its books directly in the United States. [4]

Faber and Faber began as a firm in 1929, but originates in the Scientific Press, owned by Sir Maurice and Lady Gwyer. The Scientific Press derived much of its income from the weekly magazine The Nursing Mirror. The Gwyers' desire to expand into trade publishing led them to Geoffrey Faber, a fellow of All Souls College, Oxford; they founded Faber and Gwyer in 1925. After four years, The Nursing Mirror was sold and Geoffrey Faber and the Gwyers agreed to go their separate ways. Faber selected the company name of Faber and Faber, although there was no other Faber involved. [5]

T. S. Eliot, who had been suggested to Faber by Charles Whibley, [6] had left Lloyds Bank in London to join Faber as a literary adviser; in the first season, the firm issued his Poems 1909–1925. In addition, the catalogues from the early years included books by Ezra Pound, Jean Cocteau, Herbert Read, Max Eastman, George Rylands, John Dover Wilson, Geoffrey Keynes, Forrest Reid, Charles Williams, and Vita Sackville-West. In 1928, Faber and Faber published its first commercial success, Memoirs of a Fox-Hunting Man . The book was at first published anonymously; the author's name, Siegfried Sassoon, was added to the title page for the second impression. Over the next six months, it was reprinted eight times.

During the Second World War, paper shortages resulted in high profits but much of this profit went to taxation.

Modern writers such as Kazuo Ishiguro, Peter Carey, Orhan Pamuk, and Barbara Kingsolver also joined Faber. Having published the theatrical works of Samuel Beckett for several years, the company acquired the rights to the remainder of his oeuvre from the publishing house of John Calder in 2007. Faber announced in October 2011 that Jarvis Cocker, lead singer of the band Pulp, would be joining as editor-at-large, an appointment similar to one held by Pete Townshend of The Who in the 1980s. [7]

Faber's American arm was sold in 1998 to Farrar, Straus and Giroux ("FSG"), where it remained as an imprint focused on arts, entertainment, media, and popular culture. In February 2015, Faber announced the end of its partnership with FSG. [14]

In 2008, Faber launched The Faber Academy, a creative writing business offering courses for aspiring writers. Courses include "The Art of Publication", "Writing Fiction", and "Becoming a Poet". At times, courses are tutored by famous writers, such as Mike Figgis, Jeanette Winterson, and Tobias Hill. Notable students have included S. J. Watson.

In 2018, The Faber Academy started offering a scholarship to two writers every year, with a focus on under-represented groups such as writers of colour, disabled writers and LGBTQ+ writers. [15]

Faber Digital was launched in 2009. It has published a number of book-related apps for the iPhone and the iPad, including Malcolm Tucker: The Missing Phone (which was nominated for a BAFTA award), QI: Quite Interesting, Harry Hill's Joke Book, and The Waste Land for iPad app. The Waste Land for iPad app was Faber's second collaboration with Touch Press, following the Solar System for iPad, which won the Futurebook Award for Digital innovation at the Book Industry Awards in 2011. In 2013, in partnership with Bloomsbury Publishing plc, Faber Digital launched Drama Online, a subscription-based digital content platform for libraries, educators, students, and researchers. [16]

Faber (in partnership with the Perseus Books Group in the US) introduced The Faber Factory in 2011, a digitisation service. In 2015 Faber announced its closure. [17] 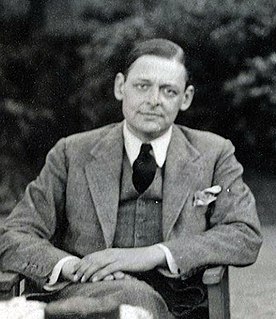 Thomas Stearns Eliot was a poet, essayist, publisher, playwright, literary critic and editor. Considered one of the 20th century's major poets, he is a central figure in English-language Modernist poetry. 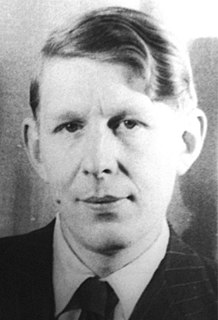 Wystan Hugh Auden was a British-American poet. Auden's poetry was noted for its stylistic and technical achievement, its engagement with politics, morals, love, and religion, and its variety in tone, form, and content. Some of his best known poems are about love, such as "Funeral Blues"; on political and social themes, such as "September 1, 1939" and "The Shield of Achilles"; on cultural and psychological themes, such as The Age of Anxiety; and on religious themes such as "For the Time Being" and "Horae Canonicae". 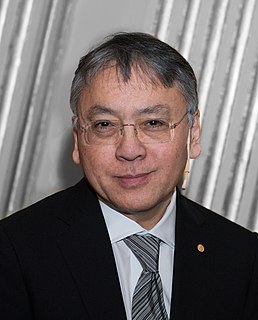 Sir Kazuo Ishiguro is a British novelist, screenwriter, musician, and short-story writer. He was born in Nagasaki, Japan, and moved to Britain in 1960 with his parents when he was five.

The Remains of the Day is a 1989 novel by the Nobel Prize-winning British author Kazuo Ishiguro. The protagonist, Stevens, is a butler with a long record of service at Darlington Hall, a stately home near Oxford, England. In 1956, he takes a road trip to visit a former colleague, and reminisces about events at Darlington Hall in the 1920s and 1930s. 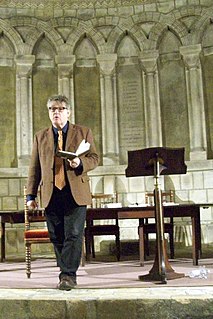 Farrar, Straus and Giroux (FSG) is an American book publishing company, founded in 1946 by Roger Williams Straus Jr. and John C. Farrar. FSG is known for publishing literary books, and its authors have won numerous awards, including Pulitzer Prizes, National Book Awards, and Nobel Prizes. As of 2016 the publisher is a division of Macmillan, whose parent company is the German publishing conglomerate Holtzbrinck Publishing Group.

"Journey of the Magi" is a 43-line poem written in 1927 by T. S. Eliot (1888–1965). It is one of five poems that Eliot contributed for a series of 38 pamphlets by several authors collectively titled the Ariel Poems and released by the British publishing house Faber and Gwyer. Published in August 1927, "Journey of the Magi" was the eighth in the series and was accompanied by illustrations drawn by American-born avant garde artist Edward McKnight Kauffer (1890–1954). The poems, including "Journey of the Magi", were later published in both editions of Eliot's collected poems in 1936 and 1963.

Frederick Louis MacNeice was an Irish poet and playwright, and a member of the Auden Group, which also included W. H. Auden, Stephen Spender and Cecil Day-Lewis. MacNeice's body of work was widely appreciated by the public during his lifetime, due in part to his relaxed but socially and emotionally aware style. Never as overtly or simplistically political as some of his contemporaries, he expressed a humane opposition to totalitarianism as well as an acute awareness of his roots.

Professor Peter McDonald is a poet, university lecturer and writer of literary criticism. He holds the post of Christopher Tower Student and Tutor in Poetry in the English Language at Christ Church, a college of the University of Oxford.

Nicholas Laird is a Northern Irish novelist and poet.

Sir Geoffrey Cust Faber was a British academic, publisher, and poet. He was a nephew of the noted Catholic convert and hymn writer, Father Frederick William Faber, C.O., founder of the Brompton Oratory.

Ajai Singh "Sonny" Mehta was an Indian editor and the editor-in-chief of Alfred A. Knopf and chairman of the Knopf Doubleday Publishing Group.

John Burnside FRSL FRSE is a Scottish writer. He is one of only three poets to have won both the T. S. Eliot Prize and the Forward Poetry Prize for the same book.

T. S. Eliot's Ariel poems are those written for Faber and Faber's series of Ariel Poems. All but "Triumphal March" also appear in his book Collected Poems: 1909–1962 under the heading Ariel Poems.

The Ariel Poems were two series of pamphlets that contained illustrated poems published by Faber and Gwyer and later by Faber and Faber. The first series had 38 titles published between 1927 and 1931. The second series, published in 1954, had 8 titles. 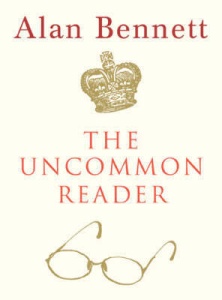 The Uncommon Reader is a novella by Alan Bennett. After appearing first in the London Review of Books, Vol. 29, No. 5, it was published later the same year in book form by Faber & Faber and Profile Books. 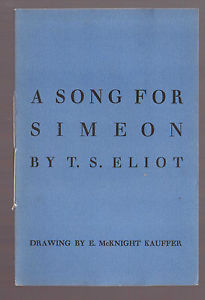 "A Song for Simeon" is a 37-line poem written in 1928 by American-English poet T. S. Eliot (1888–1965). It is one of five poems that Eliot contributed to the Ariel Poems series of 38 pamphlets by several authors published by Faber and Gwyer. "A Song for Simeon" was the sixteenth in the series and included an illustration by avant garde artist Edward McKnight Kauffer. The poems, including "A Song for Simeon", were later published in both the 1936 and 1963 editions of Eliot's collected poems.