Last updated May 28, 2022
Paris-based French publishing house
This article is about the publisher. For other uses, see Caroline Fayard and Fayard Hall.

In 1999, Éditions Pauvert became part of Fayard. Claude Durand was director of Fayard from 1980 until his retirement in 2009. [1] He was replaced by Olivier Nora, previously head of Éditions Grasset & Fasquelle [2] another division of the Hachette group. On 6 November 2013, Nora was replaced by Sophie de Closets, who officially took over at the beginning of 2014. [3]

Works published by Editions Fayard include:

Jean Bruno Wladimir François de Paule Le Fèvre d'Ormesson was a French novelist. He was the author of forty books, the director of Le Figaro from 1974 to 1979, and the Dean of the Académie française.

Jean-Denis Bredin was a French attorney and founding partner of the firm Bredin Prat. He was widely admired as an author-commentator, both for his novels and for his non-fiction works, with a particular focus on recent and contemporary history. On 15 June 1989, he was elected to membership of the Académie Française, becoming the twentieth occupant of seat 3, which had been vacated through the death of Marguerite Yourcenar. His daughter, Frédérique Bredin, served between 2013 and 2019 as President of the French National Center of Cinematography and the moving image. 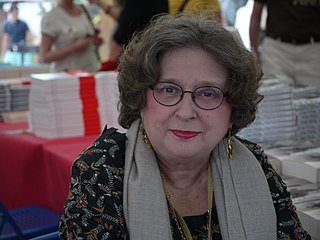 The Albert Londres Prize is the highest French journalism award, named in honor of journalist Albert Londres. Created in 1932, it was first awarded in 1933 and is considered the French equivalent of the Pulitzer Prize. Three laureates are awarded each year. The three categories are : "best reporter in the written press", "best audiovisual reporter" and "best reporting book".

The Prix Maison de la Presse is an annual French literary prize, established in 1970 by the Syndicat national des dépositaires de presse (SNDP) and Gabriel Cantin. Until 2005 it was known as Prix des Maisons de la Presse and given out in the two categories Novel (Roman) and Non-Fiction (Document), after which the name was changed and the categories merged into one.

The Prix du livre politique is an annual French literary prize awarded to the best political book published. The €5,000 award was established by Lire la Société, a French group whose goal is to revive interest in public affairs. The prize announcement is one of the events of the Journée du Livre Politique, organized by the group since 1991. The prize is to promote reflection, discourse and political thought. The year 2020 marks the 18th edition of this recognition, which began in 2003.

The Prix Jean-Freustié is a French literary prize created in 1987 by Christiane Teurlay-Freustié, second wife of writer and publisher Jean Freustie (1914–1983) to which it pays tribute, and his friends Nicole and Frédéric Vitoux as well as writer Bernard Frank. It rewards a French-speaking writer for a prose work: novel, short stories, autobiography, biography or essay. The prize is awarded annually.

The prix Contrepoint is a French literary award established in 1971 by a group of young French novelists and journalists. Each year a French-speaking novelist is selected.

The grand prix de littérature de la SGDL is a French literary prize created by the Société des gens de lettres in 1947 in order to reward an author for the whole of his work, and which is given during the spring session of the society.

Jules Bertaut was a French writer, historian and lecturer. 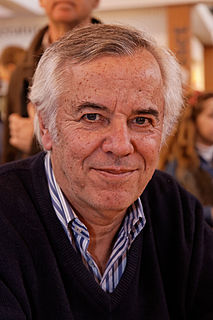 Jean-Claude Fasquelle was a French publisher.