Orion Publishing Group Ltd. is a UK-based book publisher. It was founded in 1991 and acquired Weidenfeld & Nicolson the following year. The group has published numerous bestselling books by notable authors including Ian Rankin, Michael Connelly, Nemir Kirdar and Quentin Tarantino. [1]

Orion Books was launched in 1992, with Orion purchasing the assets of Chapman publishers the following year. In the same year (1993), Orion acquired a warehousing and distribution centre called Littlehampton Book Services (LBS), which was based in Sussex in the UK. A majority share capital of Orion was sold to Hachette Livre in 1998, before Hachette Livre became the sole owner of the Orion Publishing Group in 2003. In December 1998, Orion acquired publishing house Cassell, whose imprints included Victor Gollancz Ltd. This imprint became a part of the Orion group and Orion also took ownership of the Cassell Military list. After acquiring Hodder Headline, Hachette UK was formed, with Orion as its largest single component. [2] [3]

Hachette's Orion division won the 2021 British Book Awards "Publisher of The Year" title for outstanding success during the 2020 calendar year. Each of its lists recorded a sharp increase in sales, with eight books topping £1,000,000 in sales. There were bestsellers from Ian Rankin and Michael Connelly in fiction, along with strong sales from Noel Fitzpatrick and Arsene Wenger on the non-fiction side. This financial success, along with "virtual events and effective digital marketing" (Adam Kay's Dear NHS anthology raised nearly £400,000) saw the Orion Group win the publishers' prize in 2021.

The group's imprints include: [4]

Orion Children's Books is an imprint of Hachette Children's Group. [5]

The group also distributes books for the independent Halban Publishers.

Victor Gollancz Ltd was a major British book publishing house of the twentieth century and continues to publish science fiction and fantasy titles as an imprint of Orion Publishing Group.

The British Book Awards or Nibbies are literary awards for the best UK writers and their works, administered by The Bookseller. The awards have had several previous names, owners and sponsors since being launched in 1990, including the National Book Awards from 2010 to 2014. 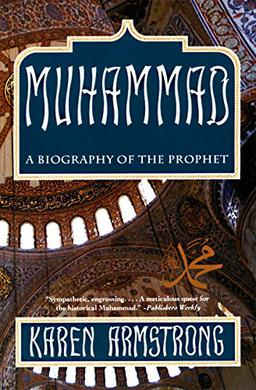 Little, Brown and Company is an American publishing company founded in 1837 by Charles Coffin Little and James Brown in Boston. For close to two centuries it has published fiction and nonfiction by American authors. Early lists featured Emily Dickinson's poetry and Bartlett's Familiar Quotations. Since 2006 Little, Brown and Company is a division of the Hachette Book Group.

Malcolm John Edwards is a British editor and critic in the science fiction field. An alumnus of The Haberdashers' Aske's Boys' School, he received his degree from the University of Cambridge. He was Deputy CEO at the Orion Publishing Group up until 2015, when he stepped down to become the chairman of science fiction publishing house Gollancz. Edwards lives in London with his wife, the CEO of a public relations company.

Hamlyn is a UK publishing company founded by Paul Hamlyn in 1950 with an initial investment of £350. His desire was to create "fine books with the common touch" which remains the foundation of its commercial success. It is part of the Octopus Publishing Group, now owned by Hachette Livre.

Phoenix Press may refer to: