Yen Press, LLC is an American manga and graphic novel publisher co-owned by Kadokawa Corporation and Hachette Book Group. It published Yen Plus , a monthly comic anthology, between 2008 and 2013. In addition to translated material, Yen Press has published original series, most notably a manga adaptation of James Patterson's Maximum Ride and Svetlana Chmakova's Nightschool .

Yen Press was founded in 2006 by former Borders Group buyer Kurt Hassler and DC Comics VP Rich Johnson. In July 2007, it was announced that Yen Press was to absorb ICEkunion, a Korean publisher that had been publishing manhwa in the United States. While the manga titles bearing ICEkunion's label would be continued to be sold in stores, subsequent printings would bear the Yen Press logo. Hassler assured fans, "We plan to pick up all the existing [ICEkunion] titles...We're going to continue everything, so fans shouldn't worry. None of these series are going to fall into a void." [2]

The first issue of Yen Press's comic magazine Yen Plus was published on July 29, 2008. The magazine became online-only in 2010 and was discontinued altogether in 2013.

On April 11, 2016, it was announced that Yen Press would function as a joint venture between Hachette Book Group and major Japanese publisher Kadokawa Dwango, with Kadokawa owning 51% of the company. [6]

On April 15, 2022, Yen Press, in collaboration with REDICE Studio and RIVERSE, launched Ize Press, an imprint for publishing Korean webtoons and novels, with their first titles being, 7Fates: Chakho, Dark Moon, and The Star Seekers all written and illustrated by HYBE in collaboration with BTS, Enhypen, and Tomorrow X Together respectively. Other titles included were Tomb Raider King, The World After the Fall, The Boxer, My Gently Raised Beasts, The Remarried Empress, and Villains Are Destined to Die. [8]

At Anime NYC 2022, J-Novel Club announced its partnership with Yen Press in order to print their titles. [9]

† - Digital distribution rights only due to being a Square Enix title. Viz Media has the rights for series' paperback releases. [10]

* - Published under the JY imprint

+ - Serialized in Yen Plus 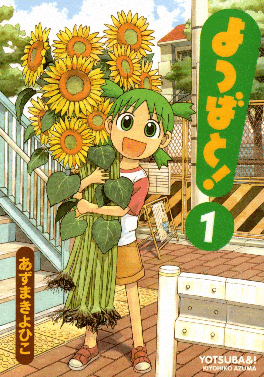 Yotsuba&! is a Japanese manga series written and illustrated by Kiyohiko Azuma, the creator of Azumanga Daioh. It has been serialized since March 2003 in the monthly magazine Dengeki Daioh by ASCII Media Works, formerly MediaWorks, and has since been collected into 15 tankōbon volumes. It depicts the everyday adventures of a young girl named Yotsuba as she learns about the world around her, guided by her adoptive father, their neighbors, and their friends. Several characters in Yotsuba&! were previously featured in a one-shot manga by Azuma called "Try! Try! Try!" The phrase Yotsuba to means "Yotsuba and," a fact reflected in the chapter titles, most of which take the form "Yotsuba and [something]." 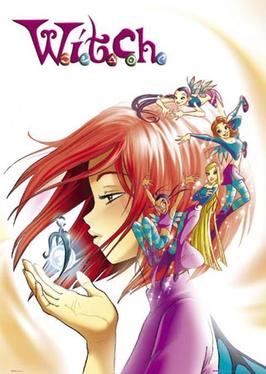 W.I.T.C.H. is an Italian fantasy Disney comics series created by Elisabetta Gnone, Alessandro Barbucci, and Barbara Canepa. The series features a group of five teenage girls who become the guardians of the classical elements of energy, water, fire, earth, and air, and protectors of the mythical Kandrakar, the center of the universe. The story follows them as they handle their new magical powers and responsibilities, as well as their lives as adolescents. The comics art style draws heavy inspiration from manga and its drawing conventions. 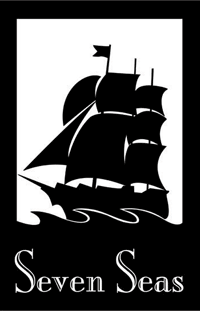 Seven Seas Entertainment is an American publishing company located in Los Angeles, California. It was originally dedicated to the publication of original English-language manga, but now publishes licensed manga and light novels from Japan, as well as select webcomics. The company is headed by Jason DeAngelis, who coined the term "world manga" with the October 2004 launch of the company's website.

VIZ Media LLC is an American manga publisher, anime distributor and entertainment company headquartered in San Francisco, California. It was founded in 1986 as VIZ LLC. In 2005, VIZ LLC and ShoPro Entertainment merged to form the current VIZ Media LLC, which is owned by Japanese publishing conglomerates Shueisha and Shogakukan, as well as Japanese production company Shogakukan-Shueisha Productions (ShoPro). In 2017, Viz Media was the largest publisher of graphic novels in the United States, with a 23% share of the market. In 2020, Viz Media saw a 70% growth in the U.S. market, in line with a 43% increase in overall manga sales in the United States the same year. 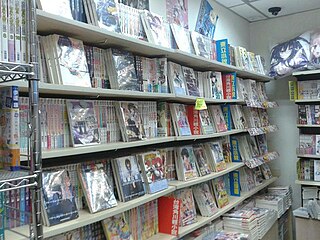 A light novel is a style of young adult novel primarily targeting high school and middle school students. The term "light novel" is a wasei-eigo, or a Japanese term formed from words in the English language. Light novels are often called ranobe (ラノベ) or, in English, LN. The average length of a light novel is about 50,000 words, and is published in the bunkobon format. Light novels are subject to dense publishing schedules, with new installments being published in 3–9-month intervals.

Chinatsu Akasaki is a Japanese voice actress affiliated with 81 Produce. 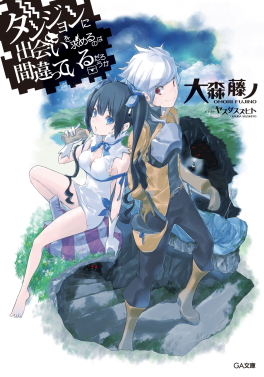 Is It Wrong to Try to Pick Up Girls in a Dungeon?, also known as DanMachi (ダンまち) for short, and with English subtitle Familia Myth, is a Japanese light novel series written by Fujino Ōmori and illustrated by Suzuhito Yasuda. SB Creative has published eighteen volumes since January 2013 under their GA Bunko imprint.

Shōsetsuka ni Narō is a Japanese novel self-publishing website created by Yusuke Umezaki. It was launched on April 2, 2004. Users can upload their novels free of charge and the novels are also free to read. As of December 2022, the site hosts close to 1,000,000 novels, has over 2,300,000 registered users and it receives over 1 billion page views per month. 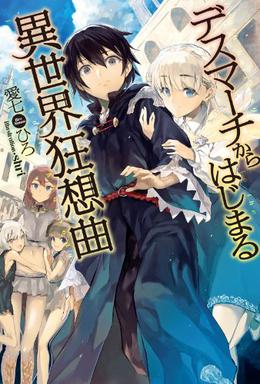 Death March to the Parallel World Rhapsody is a Japanese light novel series written by Hiro Ainana. It began serialization online in 2013 on the user-generated novel publishing website Shōsetsuka ni Narō until it was acquired by Fujimi Shobo. The first volume of the Light Novel was published in March 2014. A manga adaptation by Ayamegumu ran in Age Premium until the magazine ceased publication, and was then transferred to Monthly Dragon Age. Both the light novels and the manga adaptation have been licensed for publication in North America by Yen Press. An anime television series adaptation by Silver Link and Connect aired from January 11 to March 29, 2018. 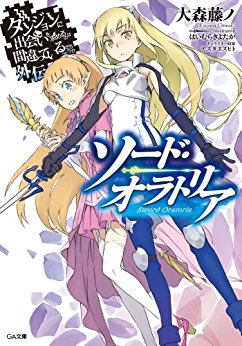 J-Novel Club is a publishing company specializing in the translation of Japanese light novels into English. It streams light novels and manga in regular installments before publishing finalized e-books. As of August 2021, J-Novel Club has licensed over 150 light novel and manga series and have published more than 800 e-books. It has licensed titles from many Japanese publishers, including Hobby Japan, Overlap, Kodansha, Earth Star Entertainment, Kadokawa Corporation, Micro Magazine, Shufunotomo, and Softbank Creative. It was acquired by Kadokawa Corporation on April 28, 2021. 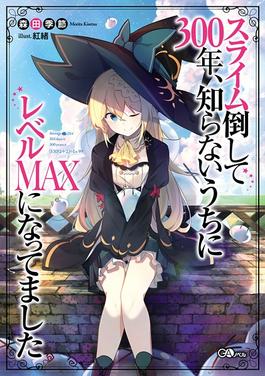 I've Been Killing Slimes for 300 Years and Maxed Out My Level is a Japanese light novel series written by Kisetsu Morita and illustrated by Benio. It was serialized online since 2016 on the user-generated novel publishing website Shōsetsuka ni Narō and, in the following year, it was acquired by SB Creative, who published the first light novel volume in 2017. The light novel has been licensed in North America by Yen Press, who published the first volume in April 2018. It has received a manga adaptation by Yūsuke Shiba in the same year as its debut of the light novel in Square Enix's Gangan Online website, also licensed by Yen Press. An anime television series adaptation by Revoroot aired from April to June 2021. A second season has been announced. The series has also spawned various spin-off novels. 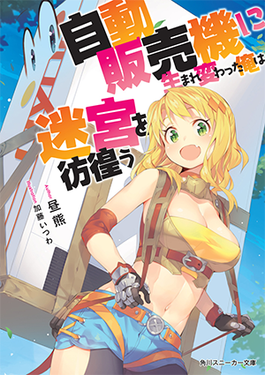 Reborn as a Vending Machine, I Now Wander the Dungeon is a Japanese light novel series written by Hirukuma and illustrated by Itsuwa Kato. The series was originally published in 2016 as a web novel by the author on the user-generated novel publishing website Shōsetsuka ni Narō. Later on the same year, it was acquired and then published by Kadokawa Shoten. A manga adaptation by Kunieda began serialization ASCII Media Works's shōnen manga magazine Dengeki Daioh in August 2021. Both of them have been licensed in English by Yen Press. An anime adaptation has been announced. 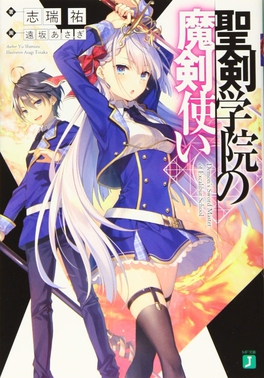 The Demon Sword Master of Excalibur Academy is a Japanese light novel series written by Yū Shimizu and illustrated by Asagi Tōsaka. Media Factory have published eleven volumes since May 2019 under their MF Bunko J imprint. The light novel is licensed in North America by Yen Press. A manga adaptation with art by Asuka Keigen has been serialized in Kadokawa Shoten's shōnen manga magazine Monthly Shōnen Ace since November 2019. It has been collected in five tankōbon volumes. An anime television series adaptation by Passione has been announced.

Demon Lord 2099 is a Japanese light novel series written by Daigo Murasaki and illustrated by Kureta. The series began publication by Fujimi Shobo under their Fujimi Fantasia Bunko imprint in January 2021. The light novel series has been licensed in English by Yen Press. A manga adaptation by Kiiro Akashiro began serialization online in Kadokawa Shoten's Shōnen Ace Plus in November 2021.