The enterprise is a subsidiary of the French publisher La Martinière Groupe. Run by President and CEO Michael Jacobs, Abrams publishes and distributes approximately 250 titles annually and has more than 3,000 titles in print.

Founded by Harry N. Abrams in 1949, Abrams was the first company in the United States to specialize in the creation and distribution of art books. [3] [4] Times Mirror Company acquired the company in 1966 and Harry Abrams retired in 1977. For many years, the company was under the direction of Paul Gottlieb (publisher) until January 2001, eighteen months before his death. [5] Abrams was acquired by La Martinière Groupe in 1997. [4] La Martinière was acquired by Média-Participations in 2018. [6] [7]

Abrams publishes illustrated books on the subjects of art, photography, performing arts, fashion, interior design, and nature and science. Titles published by Abrams include The Art of Walt Disney , [10] Earth from Above , Louis Vuitton: The Birth of Modern Luxury , The Diary of Frida Kahlo , Yoshitomo Nara: Nobody's Fool , The Wes Anderson Collection , The Selby Is in Your Place, Abrams Discoveries , and Vanity Fair 100 Years (about the two U.S. magazines: 1913-1936 and from 1983 onward). [11]

Founded in 2012, Abrams Appleseed publishes board books, novelty books, and picture books for children up to age 5. [12] The imprint's list of titles includes Alphablocks , Hippopposites, Pantone: Color, In My Heart, and the Mini Myths series.

Abrams ComicArts was founded in 2009 under the editorial direction of Charles Kochman [14] and publishes graphic novels and illustrated books about the creators and the history of comics art, animation, and cartoons. Its titles include Mom's Cancer, Kirby: King of Comics, My Friend Dahmer, The Simpsons Futurama Crossover Crisis, R. Crumb's Heroes of Blues, Jazz & Country, and The Art of Rube Goldberg . In the 2010s, it also began publishing volumes compiling reproduction of vintage trading card series for franchises such as Star Trek .

Abrams Image was launched in 2006 and publishes illustrated and non-illustrated books on music, humor, fashion, and popular culture. The imprint's titles include Plato and a Platypus Walk Into a Bar, Tim Gunn: A Guide to Quality, Taste & Style , Understand Rap, CBGB & OMFUG, The Steampunk Bible, Paris Street Style, Sh*tty Mom, and Cupcakes and Cashmere. [15]

Abrams Noterie is a gift and stationery imprint that collaborates with authors, artists, and brands to make paper goods. Recent publications include Paris Street Style, The Kings County Distillery: Whiskey Notes , Hyperbole and a Half, Daily Dishonesty, and The Forest Feast gift and stationery collections. [16]

Stewart, Tabori & Chang (ST&C), a publisher of cookbooks and craft titles, was purchased by Abrams in the late 1990s. In what CEO Michael Jacobs described in 2016 as a “unification strategy", all reprinted ST&C titles will appear under Abrams other existing imprints. In addition, a new corporate logo was rolled out simultaneously. [11] 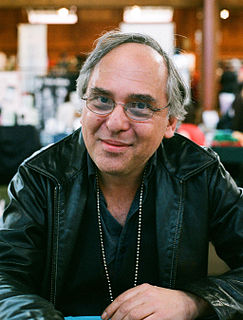 Titan Publishing Group is the publishing division of Titan Entertainment Group, which was established in 1981. The books division has two main areas of publishing: film and television tie-ins and cinema reference books; and graphic novels and comics references and art titles. Its imprints are Titan Books, Titan Comics and Titan Magazines.

India Book House Pvt. Limited (IBH) is an importer, distributor and publisher of books and magazines in India.

The Overlook Press is an American publishing house based in New York, New York, that considers itself "a home for distinguished books that had been 'overlooked' by larger houses".

Diary of a Wimpy Kid is a children's novel written and illustrated by Jeff Kinney. It is the first book in the Diary of a Wimpy Kid series. The book is about a boy named Greg Heffley and his attempts to become popular in his first year of middle school.

Abbeville Publishing Group is an independent book publishing company specializing in fine art and illustrated books. Based in New York City, Abbeville publishes approximately 40 titles each year and has a catalogue of over 700 titles on art, architecture, design, travel, photography, parenting, and children's books.

Diary of a Wimpy Kid is an American children’s book series and media franchise created by author and cartoonist Jeff Kinney. The series follows Greg Heffley, a middle-schooler who illustrates his daily life in a diary.

Média-Participations is a French media concern, controlled by a Belgian holding concern, specialized in Franco-Belgian comics. It has some forty publishers in its portfolio, including Dupuis, Dargaud, Le Lombard, Fleurus, La Martinière, and Abrams.

Lena Tabori is the founder of Welcome Enterprises, Inc., co-founder of Stewart, Tabori & Chang (STC), and co-founder of www.climatechangeresources.org, a website to combat climate change. She began her publishing career in 1967 at Harry N. Abrams, remains a partner at Welcome Enterprises Inc, after selling the Welcome Books imprint to Rizzoli in 2014. Welcome Enterprises continues to package books for other publishers, including Disney. Her activity is primarily focused on the website, however. On January 15, 2020, she was named Chair of East Hampton Town’s Energy Sustainability and Resiliency Committee. She also sits on the Executive Board of The Association of Foreign Correspondents. A native of Sweden, Tabori lives in East Hampton, New York and New York City. 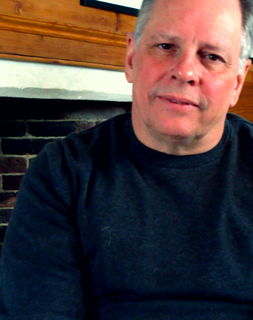 La Martinière Groupe is a French publishing house. It was formed in 1994. Subsidiaries include France's Éditions du Seuil and the United States' Abrams Books. In 2018, La Martinière was acquired by Média-Participations.

Papercutz Graphic Novels is an American publisher of family-friendly comic books and graphic novels, mostly based on licensed properties such as Nancy Drew, the Hardy Boys, and Lego Ninjago. Papercutz has also published new volumes of the Golden Age-era comics series Classics Illustrated and Tales from the Crypt. In recent years they have begun publishing English translations of European all-ages comics, including The Smurfs and Asterix. They publish several titles through their imprint Super Genius. 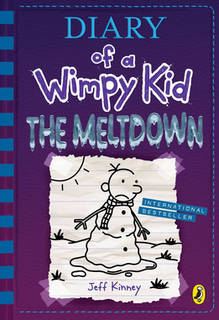 Diary of a Wimpy Kid: The Meltdown is the 13th book in the Diary of a Wimpy Kid series by Jeff Kinney. It was published on October 30, 2018. The story takes place soon after the events of The Getaway, in the winter and centers on a snowball fight in protagonist Greg Heffley's neighborhood. The Meltdown was advertised through a live book tour by Kinney. Upon release, the novel sold several hundred thousand copies and received positive reviews from critics.

Thorpe & Porter was a British publisher, importer, and distributor of magazines and comic books. At first, the company was known for repackaging American comics and pulp magazines for the UK market. Later on, it became a publisher of original material. The company released more than 160 comics titles in the UK, the most prominent being Classics Illustrated, MAD UK, Edgar Rice Burroughs' Tarzan of the Apes, Larry Harmon's Laurel & Hardy, House of Hammer, and Forbidden Worlds. T & P's most prominent imprints were Top Sellers Ltd. and Brown Watson. Thorpe & Porter operated from 1946 to c. 1979.