McKee was born in Peterlee, County Durham, the daughter of a coal miner, [1] and grew up there and in nearby Easington and Sunderland. Her first experience of acting occurred in her final year at primary school where her teacher finished the school week off with improvisations. [1] Seeing a poster in a shoe-shop window for a new youth drama group, McKee and her friends decided to attend, initially not seriously but later becoming enthusiastic. [1] It led to McKee's first professional appearance, working on Tyne Tees children's series, Quest of Eagles. [1]

From the age of 15, McKee spent three summers in London with the National Youth Theatre. [1] After completing her A-Levels at East Durham College, she decided, with her parents' blessing, to apply to drama schools rather than art colleges. However, she was rejected by Bristol Old Vic Theatre School, London Academy of Music and Dramatic Art and the Central School of Speech and Drama. [1]

McKee began her career in TV with several background roles including a part on the Lenny Henry Show . She made her film debut in 1988 when she had a small role in the Ken Russell film The Lair of the White Worm which co-starred Hugh Grant. In 1996, she played Mary in the BBC drama Our Friends in the North , a role for which she won three Best Actress awards in 1997: the British Academy Television Award, the Royal Television Society Award and the Broadcasting Press Guild Award. [2] McKee appeared in several episodes of the Chris Morris spoof current affairs show, Brass Eye (1997, 2001), as reporter Libby Shuss.

McKee's theatre credits include Harold Pinter's The Lover and The Collection at the Comedy Theatre in London.

In 2008 she appeared in the BBC drama Fiona's Story and a West End revival of Chekhov's Ivanov . [3] In 2010, she appeared as Goneril in the Donmar Warehouse revival of King Lear , directed by Michael Grandage and starring Derek Jacobi. She received an Olivier Award nomination for Best Supporting Actress for her performance. [4] She also played the mother of a deaf teenager in BBC TV's thriller, The Silence , opposite Genevieve Barr.

In 2018, she appeared in the highly successful BBC/Netflix drama series Bodyguard , playing the character of Commander Anne Sampson.

McKee has been married to Kez Cary since 1989; they live in East Sussex, England.[ citation needed ] She has been a vegetarian since 1982. [5]

In 2002, McKee was awarded an Honorary Doctorate of Arts from the University of Sunderland, receiving the honour alongside footballer Niall Quinn. [6] [7] 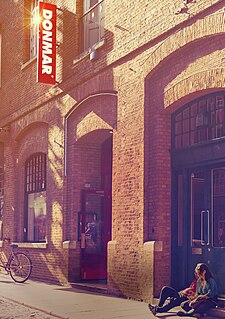 Kathryn Drysdale is a British actress known for her role as Genevieve Delacroix in hit Netflix show Bridgerton. Kathryn played Grace Shelley in The West End show The Ruling Class opposite James McAvoy, Taylor in the film St Trinian's, Rhoda Swartz in Mira Nair's Vanity Fair, and Louise Brooks in the long running BBC comedy series Two Pints of Lager and a Packet of Crisps from 2001 until her departure from the show in 2009. She has also starred as regular Natalie in the fourth series of the ITV sitcom Benidorm and as Brownwell in William Boyd's award-winning Any Human Heart opposite Jim Broadbent. She previously worked with Broadbent on Mira Nair's feature adaptation of William Thackeray's Vanity Fair starring Reese Witherspoon. She played the role of mixed-race heiress Rhoda Swartz. She is also known for her role as Lizzie in the drama series Tripping Over by Mike Bullen. She appeared in Doctor Who as Bliss in the episode "Love & Monsters". She played Meghan Markle in series 2 and 3 of The Windsors. She voices the lead character of Bounce in the CBBC animation series Bottersnikes and Gumbles and plays the role of Genevieve Delacroix in Netflix show Bridgerton.

Dame Harriet Mary Walter is a British actress. She has received a Laurence Olivier Award as well as numerous nominations including for a Tony Award, three Primetime Emmy Awards, and a Screen Actors Guild Award. In 2011, she was appointed Dame Commander of the Order of the British Empire (DBE) for services to drama. 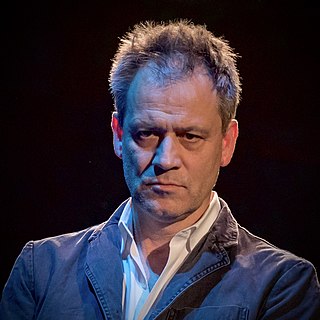 Nancy Carroll is a British actress. She has worked extensively in theatre productions, particularly with the Royal Shakespeare Company. She also has numerous film and television credits, including a long-running feature role as Lady Felicia in the BBC series Father Brown.

Josie Rourke is an English theatre and film director. She is a Vice-President of the London Library and was the artistic director of the Donmar Warehouse theatre from 2012 to 2019. In 2018, she made her feature film debut with the Academy Award and BAFTA-nominated historical drama Mary Queen of Scots, starring Saoirse Ronan and Margot Robbie.

Samantha Spiro is an English actress. She is best known for portraying Barbara Windsor in the stage play Cleo, Camping, Emmanuelle and Dick and the television films Cor, Blimey! and Babs, DI Vivien Friend in M.I.T.: Murder Investigation Team, Melessa Tarly in the HBO series Game of Thrones and Maureen Groff in Sex Education. She has won two Laurence Olivier Awards.

Laura Donnelly is an actress from Northern Ireland. She is known for her lead role as Amalia True in HBO’s The Nevers (2021). In April 2018 she won the Best Actress award at the Olivier Awards for her performance in The Ferryman. In 2019 she was nominated for a Tony Award for Best Actress for the same role on Broadway. She made her on-screen debut in 2005 in the Channel 4 drama Sugar Rush. She is also known for appearing in Outlander, Britannia, The Fall, and as a main character in the Irish film Insatiable (2008). She also starred in Best: His Mother's Son, a BBC drama on the life of George Best, playing Best's sister, Barbara. She starred in Jez Butterworth's play, The River at the Royal Court Theatre, alongside Dominic West and Miranda Raison. She reprised her role in the Broadway production alongside Hugh Jackman.

Lucy-Anne Bradshaw is a British actress and singer, known for playing Cathy in the original production of Whistle Down the Wind by National Youth Music Theatre and Miss Kenton in the musical adaptation of The Remains of the Day. She also played Terry in Merrily We Roll Along directed by Michael Grandage at the Donmar Warehouse in December 2000, which won the 2001 Laurence Olivier Award for Best New Musical.

Lisa Ann Diveney is a British actress, best known for playing Beth in the Only Fools and Horses spin-off The Green Green Grass. She has also appeared in an episode of BBC drama Call the Midwife.

Philippa Elaine Fanti Bennett-Warner is a British actress. She was nominated for an Ian Charleson Award in 2010 for her performance as Cordelia in Michael Grandage's production of King Lear, and long-listed for Best Actress at the 2012 Evening Standard Theatre Awards for her role in the play The Witness at Royal Court Theatre.

Katherine Kingsley is an English actress.