Harry Marker (October 7, 1899 – October 18, 1990) was an American Oscar-nominated film editor, who also worked in the television medium. Over the course of his 45-year career, he worked on more than 100 films and television shows. In 1946 he was nominated for an Oscar for Best Film Editing for The Bells of St. Mary's .

Born William Harry Marker Jr. on October 7, 1899 in Tipton, Indiana, he entered the film industry at the age of 17, as an editor on the 1918 silent film, Selfish Yates . [1] During the silent film era, he would edit 15 films, including such notable movies as: The Jailbird (1920), directed by Lloyd Ingraham and starring Douglas MacLean; [2] the 1920 comedy Silk Hosiery , directed by Fred Niblo and starring Enid Bennett; [3] The Rookie's Return (1920), a comedy directed by Jack Nelson and starring Douglas MacLean; [4] the 1928 Western, The Border Patrol , starring Harry Carey and directed by James P. Hogan; [5] and Burning Bridges (1928), again starring Carey and directed by Hogan; [6]

During the sound era, Marker worked on many notable films and with some very notable directors, including: William Wyler's 1929 romantic comedy, The Love Trap, starring Laura La Plante; [7] the 1930 Wyler Western, Hell's Heroes , based on Peter B. Kyne's novel, The Three Godfathers; [8] 1932's East Is West , starring Lupe Vélez, Lew Ayres, and Edward G. Robinson; [9] the 1936 version of The Last of the Mohicans , directed by George B. Seitz and starring Randolph Scott, Binnie Barnes, and Henry Wilcoxon; [10] 1938's The Saint in New York , the first film appearance of Simon Templar, aka "The Saint"; [11] and the 1939 melodrama Five Came Back , directed by John Farrow and starring Chester Morris and Lucille Ball. [12]

Marker would continue to work steadily through the 1940s and 1950s. Some of the more notable films he worked on include: Stranger on the Third Floor , a 1940 film noir starring Peter Lorre; [13] A Bill of Divorcement (1940), starring Maureen O'Hara and Adolphe Menjou, and directed by John Farrow; [14] the romantic comedy starring Gene Raymond and Wendy Barrie, Cross-Country Romance , [15] Play Girl (1941), another romantic comedy, this one starring Kay Francis; [16] the second film in the Falcon franchise, A Date with the Falcon (1942), starring George Sanders (he would also edit the next Falcon film, The Falcon Takes Over that same year); [17] [18] the 1943 comedy starring the team of Wally Brown and Alan Carney, The Adventures of a Rookie ; [19] the Academy Award-nominated musical Music in Manhattan , starring Anne Shirley; [20] and the 1945 psychological thriller, The Spiral Staircase , directed by Robert Siodmak. [21]

1945 would also see Marker reach the pinnacle of his career, when he was nominated for the Academy Award for Best Film Editing for the classic drama, The Bells of St. Mary's, starring Bing Crosby and Ingrid Bergman. He would lose to Robert J. Kern for National Velvet . [22] His next picture was another Oscar-winning film, the 1947 comedy-drama, The Farmer's Daughter , starring Loretta Young, Joseph Cotten, and Ethel Barrymore, and was directed by H. C. Potter. [23] Other notable films he worked on during this period include: the classic 1948 comedy Mr. Blandings Builds His Dream House , again directed by H. C. Potter, and starring Cary Grant, Myrna Loy, and Melvyn Douglas; [24] Rachel and the Stranger , a 1948 Western starring Loretta Young, William Holden, and Robert Mitchum; [25] the romantic comedy, Every Girl Should Be Married (1948), starring Cary Grant and Betsy Drake; [26] and in 1949 he edited another romantic comedy, Holiday Affair , starring Robert Mitchum and Janet Leigh. [27]

Frank O'Connor was an American character actor and director, whose career spanned five decades and included appearances in over 600 films and television shows. Early in his career he was also billed as Frank A. Connor and Frank L.A. O'Connor. During the silent film era, he directed or was the assistant director on numerous films; he also penned several screenplays in both the silent and sound film eras. He is sometimes erroneously identified with the Frank O'Connor who was married to author Ayn Rand.

William Harris Ruhl was an American character actor of the 1930s, 1940s and early 1950s. Born on October 25, 1901 in Colfax, Washington, Ruhl would enter the film industry in the small role of a shopper in 1934's The Man Who Reclaimed His Head, starring Claude Rains and Joan Bennett. Over the course of his career he would appear in over 150 films and television shows, including over 125 feature films. During the 1940s he was used frequently by Monogram Studios, appearing in several of their series, including Charlie Chan, The Bowery Boys, and Joe Palooka. 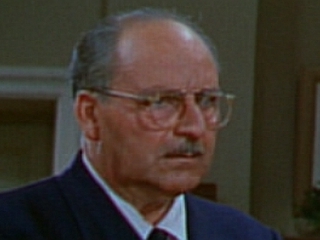 John Bleifer, also known as John Melvin Bleifer, was an American actor whose career began at the end of the silent film era, and lasted through the mid-1980s. He appeared in feature films and film serials, and in a number of television series and miniseries. Bleifer also acted on stage, and appeared in several Broadway productions. 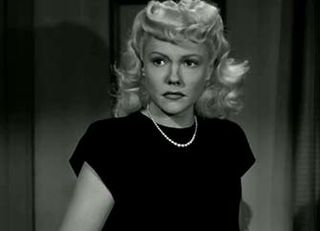 Claire Carleton was an American actress whose career spanned four decades from the 1930s through the 1960s. She appeared in over a hundred films, the majority of them features, and on numerous television shows, including several recurring roles. In addition to her screen acting, she also had a successful stage career. 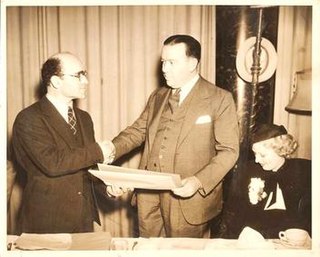 James Bush was an American actor from the 1930s until the early 1950s. He appeared in over 100 television shows and films, over 80 of them being feature films.

John Kelly was an American actor whose career spanned the very end of the silent film era through the 1940s. While most of his parts were smaller, often uncredited, roles, he was occasionally given a more substantial supporting or even featured role.

Arthur Martinelli was an American cinematographer whose career spanned from the silent era through the golden age of American movies. During that time he shot over 100 films. A pioneer in the industry, he was the cinematographer to film the first movie to star Ethel and John Barrymore.

Richard Hogan was an American actor of the 1930s and 1940s. During his 12-year career he appeared in over three dozen films, in roles which varied from unnamed bellhops to featured and starring roles. His final film performance was as the murder victim in Alfred Hitchcock's treatise on thrill killing, Rope.